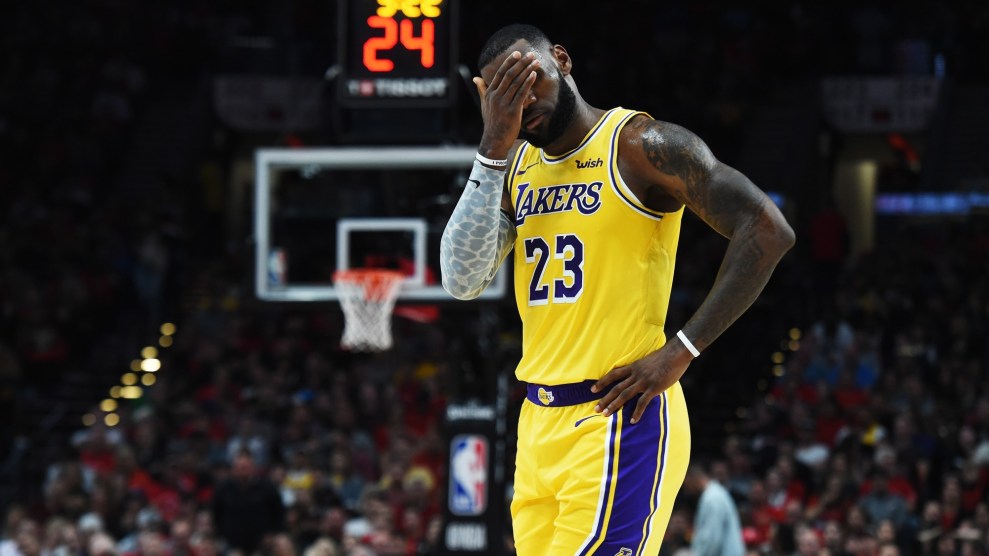 There are few things the NBA enjoys less than finding itself in the crosshairs of a culture war squabble, but that is exactly what it got over the weekend when Chamath Palihapitiya, a minority owner of the Golden State Warriors, took to his podcast to say, “Nobody cares about what’s happening to the Uyghurs.”

Palihapitiya, a billionaire entrepreneur and former Facebook executive, said he cares about climate change, the economic implications of a Chinese invasion of Taiwan, and other issues that more directly affect Americans. But as for the forced imprisonment and torture of Uyghur Muslims in China, “it is below my line,” he said.

It did not take long for his comments to ricochet around the NBA, which has long adopted a cautious tone toward the Chinese government. On Monday, the Warriors released a one-sentence statement saying Palihapitiya’s views “certainly don’t reflect those of our organization” without specifying what he said. In his own statement, Palihapitiya acknowledged that he came across in the podcast “as lacking empathy” and said “human rights matter, whether in China, the United States, or elsewhere.”

Palihapitiya is far from an NBA figurehead—most fans are probably hearing his name for the first time now—but he has already become a target for Republican China hawks. Sen. Tom Cotton (R-Ark.) said NBA commissioner Adam Silver must force “woke billionaire Chamath Palihapitiya to sell his share” of the Warriors or “be exposed” as “hypocrites supporting religious genocide.” Sen. Marsha Blackburn (R-Tenn.) said a failure to oust Palihapitiya would show “complicity for Communist China and their crimes against humanity.”

What the Chinese government is doing to the Uyghurs is a crime against humanity and worth caring about whether you are a twentysomething NBA fan or the billionaire co-owner of a team. But Republican lawmakers like Cotton obviously relish the opportunity to pick a fight with the NBA, whose players have long called out anti-Black racism and been critical of Republican policies. (When Donald Trump was in office, NBA star LeBron James called him a “bum” on Twitter, adding, “Going to White House was a great honor until you showed up!”)

Even if NBA players could be forgiven for not commenting on every human rights crisis in the world, Cotton is right that the NBA is loath to anger China, where the league has spent decades cultivating the country’s vast market of fans. That effort went up in flames when Philadelphia 76ers executive Daryl Morey, then with the Houston Rockets, tweeted a message of solidarity with Hong Kong pro-democracy protesters in October 2019. His comments sparked a series of reprisals in China, including removing Rockets games from its local streaming service, and led players like James to say Morey “wasn’t educated on the situation at hand.” The NBA quickly apologized and tried to limit the damage, while some league leaders directly criticized Morey. Joe Tsai, the Taiwanese owner of the Brooklyn Nets, even echoed Chinese propaganda in a statement condemning Morey’s tweet, saying Chinese citizens “stand united when it comes to the territorial integrity of China and the country’s sovereignty over her homeland.”

This year, China is back in the spotlight because of Boston Celtics player Enes Freedom, who has spoken about Chinese human rights abuses in a public, frequently combative way. (In November, he called Tsai a “coward” and “puppet” of the Chinese government.) Freedom, who changed his surname from Kanter when he became a US citizen last year, appeared frequently on Fox News and started an account on Gettr, the social media platform started by former Trump official Jason Miller. It did not take him long to respond there to Palihapitiya’s comments: “When NBA says we stand for justice, don’t forget there are those who sell their soul for money & business like Chamath Palihapitiya.”