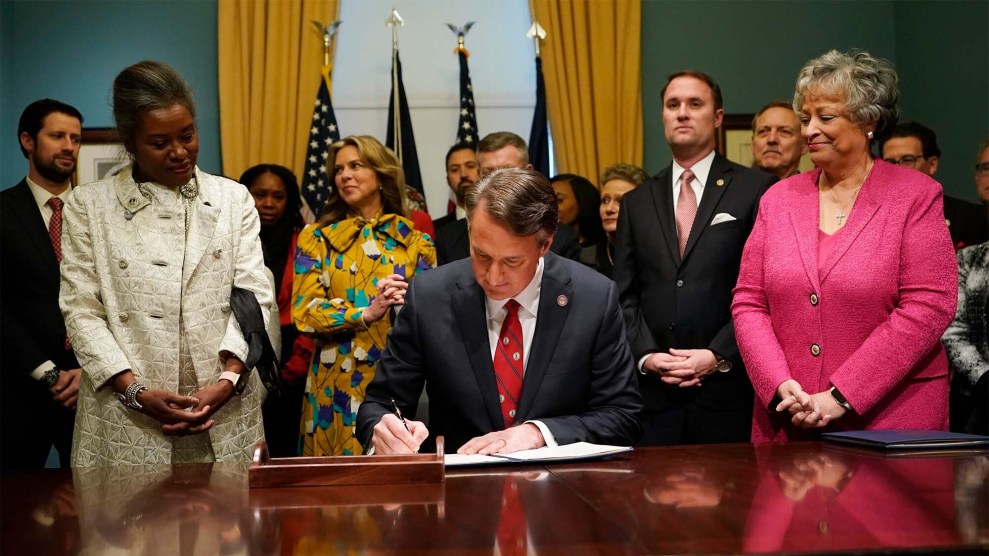 Glenn Youngkin, the first Republican governor of Virginia since 2014, is wasting no time enacting policies that will harm the state’s people of color. On Saturday, his first day in office, he signed 11 executive actions that, among other things, will make it harder for schools to teach kids about racism. The orders also scrap rules that slowed the spread of the coronavirus amid a pandemic that the state’s health department says has hit Black and brown families the hardest.

“The spirit of Virginia is alive and well,” Youngkin said in his inaugural address. “And together we will strengthen it. Together we’ll renew the promise of Virginia, so it will be the best place to live, work and raise a family.”

Youngkin, a political newcomer and former private equity executive, was endorsed by Donald Trump. His victory over Democrat Terry McAuliffe was one of the most closely watched elections since President Joe Biden took office, giving more power to Republicans in a swing state that, over the past two decades, has increasingly leaned Democratic.

Youngkin just signed executive order telling parents statewide they have a right to say whether or not their children wear a mask in school. @WTOP pic.twitter.com/ReBUrEPikq

Here’s a sampling of his day one executive actions:

One of the governor’s other executive actions directs the state’s attorney general to investigate Loudoun County’s public schools, after a 14-year-old student committed two sexual assaults. Because the student is nonbinary and committed an assault in a school bathroom, the case generated national attention and backlash against the school district’s policy of allowing transgender kids to use the bathrooms that match their gender identity. The teenager has already been placed on the sex offender registry for life.

Other Youngkin executive actions set up a commission to prevent human trafficking, established a committee to fight antisemitism, and took steps to withdraw Virginia from a regional climate initiative that aimed at reducing power plants emissions.

At least in certain corners of the state, the governor is already facing pushback: On Saturday, the superintendent of Richmond schools announced that he would keep the mask requirement in place for students, staffers, and visitors. Other school districts will too.

.@RPS_Schools will maintain its 100% mask mandate for students, staff, and visitors.