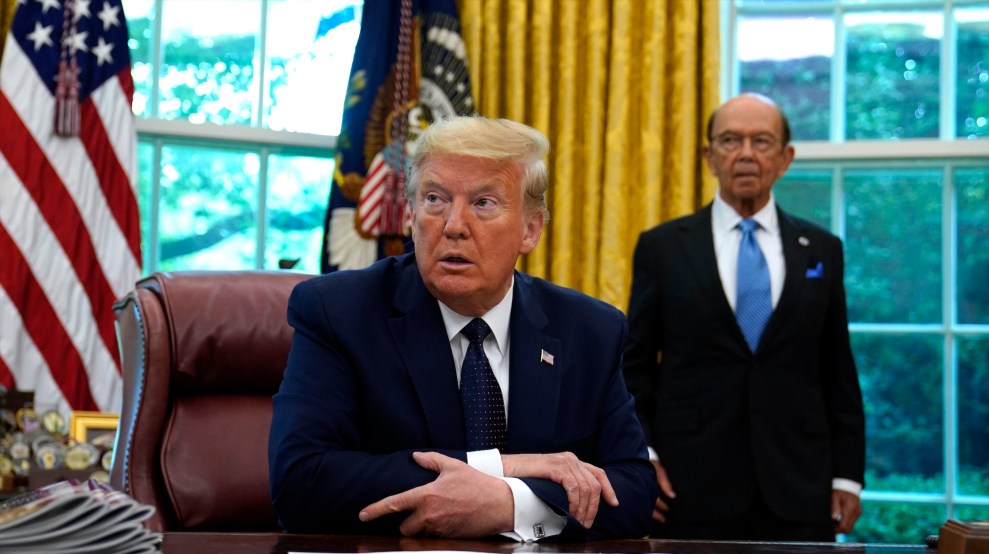 Former president Donald Trump made no secret of his interest in meddling with the 2020 census. But newly released documents show the extraordinary measures his political appointees took to alter the outcome—and the strong pushback they encountered from Census Bureau career staff.

An accurate and total count of all people living in the country every 10 years is one of the few government functions explicitly described in the Constitution, and the outcomes of the census determine everything from congressional representation to how federal aid is distributed. With the 2020 election fast approaching and a pandemic making it even more difficult to complete, the Trump administration began pressuring census officials to wrap up their counting early—a decision that could have potentially benefited the GOP and Trump if the final count failed to capture certain harder-to-measure demographics like immigrants.

In the summer of 2020, the Brennan Center for Justice at New York University began trying to use the Freedom of Information Act to obtain details of just how these decisions were being made, and after their requests were denied, filed a lawsuit. The Brennan Center won the suit, and Thursday it released a large cache of documents. It includes a detailed memo from top census officials outlining very specific tactics that Trump’s political appointees used to try to sabotage an accurate census. In a statement accompanying the release of documents, the Brennan Center said the documents “suggest that the Trump administration attempted to exert extreme partisan influence over the Census Bureau.”

Specifically, the memo circulated by census officials—compiled as part of a plan to approach Trump’s Secretary of Commerce Wilbur Ross (who oversaw the census)—complains that there had been an “unusually high degree of engagement in technical matters, which is unprecedented.” Or, put more simply, administration officials were meddling in the most fundamental inner workings of a complex and finely tuned process in ways that had never been seen before. Political appointees tried to influence the way the Census Bureau counted people, processed the data, avoided disclosing private information, counted citizens, and calculated undocumented populations. Basically everything the Census Bureau undertakes.

The Brennan Center says that other documents show that a plan was in place to have Ross call GOP state governors and have them provide their own data to help determine how to count immigrant populations (while not making a similar effort with Democratic governors). Documents also show that new political appointees joined the census as late as August 2020 as the election loomed, and the new officials were apparently solely interested in affecting how citizenship data was calculated.

Other documents show that when the administration ordered the census to curtail the count and use new methodologies to fill in the details, census officials argued back, pointing out the statistical and legal shortcomings of the Trump-proposed methods. The documents show that while Trump political appointees at the Bureau did not seem to be interested in career officials’ concerns about the process, there was direct contact between Ross and the executive director of an anti-immigration group and Commerce Department employees talking with employees of the Heritage Foundation, a right-wing think tank.