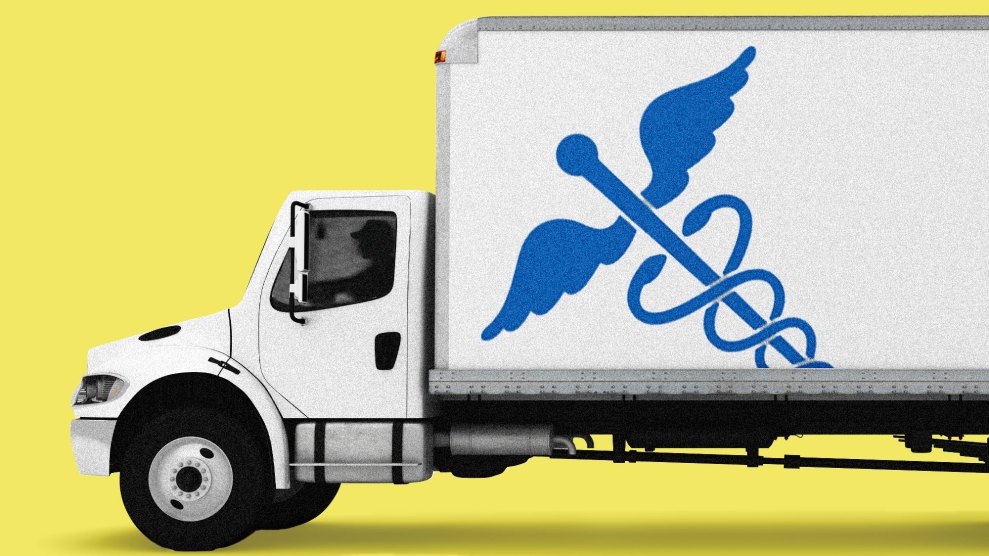 The city of Ottawa is under siege for the third week in a row, as anti-vaccine protesters continue to paralyze the downtown business district. Last week, I wrote about how white nationalist organizers in Southern California are planning similar protests in the United States, and how their followers appear to be mostly parents. There were moms offering to bring Girl Scout cookies to sustain convoy members—some joked about putting flyers advertising the convoys into their kids’ school valentines.

In response to my piece, some readers expressed disbelief. How could so many parents get mixed up with an extremist movement? Others characterized group members as “soccer moms” who were bored, or dumb, or maybe both. But the online spread of misinformation in parent communities isn’t born of boredom or stupidity. I’ve written before about how moms turn to online groups for support and identity:

Many mothers, and perhaps especially the ones who spend a lot of time in Facebook groups, can feel vulnerable, lonely, and overwhelmed. They may have scant family leave and little help at home. Sometimes, their real concerns about their own health and their babies’ wellbeing have been dismissed by doctors.

For years, purveyors of misinformation about alternative health have exploited these forums to promote theories and practices that aren’t backed by science and can be dangerous.

But there’s another dynamic here, too. Many of the groups urging people to join the convoys have a financial interest in downplaying the effectiveness of vaccines and other protective measures. These groups use the impressive-looking credentials of their leaders—physicians and scientists—to give legitimacy to fringe claims.

America’s Frontline Doctors, a far-right group of physicians, has been cashing in on the pandemic since the beginning. In addition to advocating against vaccines and masks, the group has run its own network of doctors who, for a fee, will prescribe ivermectin, hydroxychloroquine, and other unproven—and, in some cases, potentially dangerous—Covid remedies. The group also has offered full-throated endorsements of the anti-vaccine convoys wreaking havoc in Ottawa. A headline on the group’s website on Monday claimed that “Canadian PM Trudeau’s grip on power is slipping.”

The Front Line COVID-19 Critical Care Alliance, a group of scientists and physicians that runs a service connecting people with providers willing to prescribe the same unproven medicines, also supports the convoys. In a tweet on Monday, the group urged its 190,000 followers to take part in a California convoy:

Is the tide turning? Happy to see more docs getting on the early treatment, Vit D and natural immunity bandwagons. We’ve been waiting for you!

The time has come for us to show our bravery and stand up for our principles. See you in California, March 5. https://t.co/LOpf16fPUv pic.twitter.com/4tvxqSnfJF

Another notable convoy cheerleader is the group that orchestrated the Great Barrington Declaration, an October 2020 document that sought to remove most public health restrictions under the premise that most Americans would develop Covid immunity through infection. The document was highly influential—Trump adviser Scott Atlas tried to convince the administration to adopt the approach. It was the authors’ elite credentials that gave the declaration an air of scientific gravitas: The lead signatories are faculty members from Harvard, Stanford, and Oxford, though these institutions never endorsed the extreme herd-immunity strategy, and practically all public health agencies opposed it. What few people realized was that the Great Barrington Declaration was, in fact, a project of the American Institute for Economic Research, a libertarian think tank.

Libertarian groups promoting the convoys “are trying to remove worker protections…so they have to find ways to make it seem like this is a working-class thing.”

On Sunday, one of the declaration’s authors, Martin Kulldorff, tweeted out to his 229,000 followers: “thank you, #TruckerConvoy.” The Brownstone Institute, a think tank created by the Great Barrington Declaration’s authors, has cheered the convoys as well. In a conversation posted on the Brownstone website, an interviewer asks one of the primary organizers of the Ottawa convoy how it felt “to be inspiring Canadians and inspiring similar freedom movements and protests all over the world.” The organizer responded, “Yes, it is a nice feeling.”

“The libertarian think tanks involved in this are not pro-worker—they’re trying to remove worker protections,” says Mallory Harris, a Stanford PhD student who is studying how elite groups of contrarian physicians and scientists have spread disinformation during the pandemic. “But they can’t actually say that, so they have to find ways to make it seem like this is a working-class thing. And that’s where truckers come in.”

The imprimatur of doctors’ groups makes the anti-vaccine convoys—and related efforts—appear more popular and legitimate than they are, notes Tim Caulfield, a professor of law at University of Alberta’s School of Public Health and research director of its Health Law Institute.

Caulfield, who studies medical disinformation, points to a McGill study from last April, which found that most of the Covid misinformation shared by Canadians on Twitter originated in the United States. “Let’s not kid ourselves—this has been started by individuals with a very strong political agenda,” he says. American disinformation groups are “trying to exploit the fear and anxiety and frustration that Canadians are feeling.”

The outsize influence of rogue medical practitioners on anti-science movements is the focus of No License for Disinformation, a group that urges state medical boards to revoke the licenses of doctors who spread scientific falsehoods. “These physicians are doing a lot of damage to the institutions that are ultimately underpinning what we rely upon in a functioning democracy,” Nick Sawyer, the group’s physician-founder, told me recently.

You won’t catch convoy organizers mentioning the profitable networks of doctors—or the libertarian think tanks—that have helped drive the anti-mandate ideology. They’d rather claim their movement was generated by truckers, parents, and other “everyday patriots.” But this couldn’t be further from the truth: Neither truckers nor most parents believe in abandoning Covid protections. Polls show that two-thirds of Canadians oppose the protests. On Monday, there were signs the Ottawa gridlock is loosening up; a major bridge connecting Canada and the United States was cleared and reopened. But disinformation has a way of persisting. Indeed, American’s version of its neighbor’s latest troubles is just gearing up.