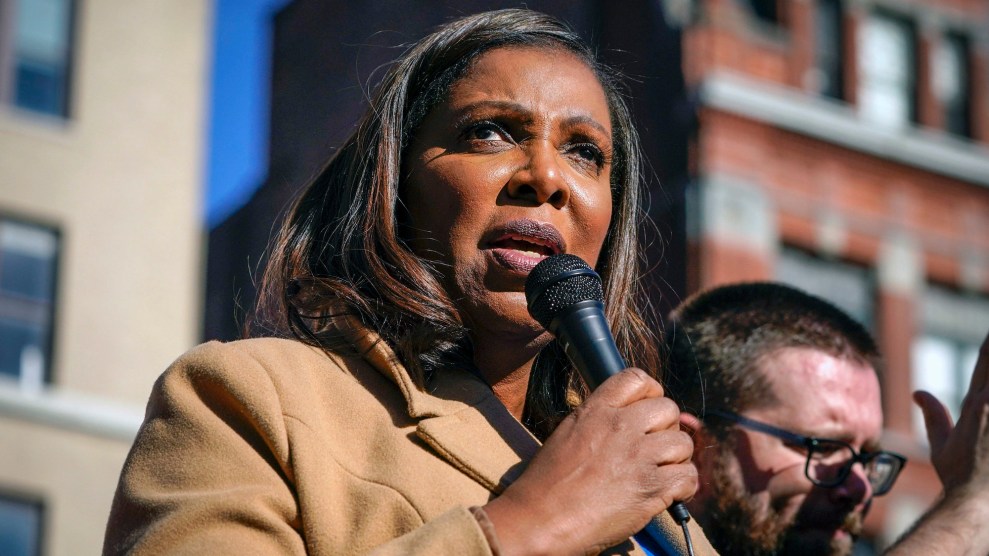 Former President Donald Trump’s longtime accountant has notified the Trump Organization that the statements of financial condition it prepared for Trump between 2011 and 2020 should no longer be relied upon as accurate. Last week, Mazars USA LLP, an accounting firm that has been used by Trump for years to create these financial statements and to prepare his taxes, sent a letter to the Trump Organization saying the firm could no longer work with Trump’s company, cannot finish preparing Trump’s taxes this year, and is no longer willing to stand by their assessments of Trump’s finances during those previous years. The letter, signed by Mazars’ general counsel, cited information dug up as part of New York Attorney General Letitia James’ civil investigation into Trump’s finances as one reason the firm no longer has confidence in the financial statements it prepared.

The news has big implications for Trump, particularly in the context of James’ investigation. Trump and James are currently enmeshed in a legal fight over James’ long-running investigation—she has asked a judge to force Trump and two of his adult children, Ivanka and Donald Trump Jr., to sit for depositions. Trump has asked a federal judge to stop James from continuing her investigation, saying it’s a politically motivated fishing expedition.

James has said she is investigating whether Trump may have committed fraud by misleading banks, insurance companies, and tax authorities over the value of his properties—providing higher values when it was helpful for getting a loan, for example, and lower values when it came time to pay taxes that are based on property values. James is also working with the Manhattan district attorney’s office, which is conducting a criminal investigation into similar allegations.

In speeches last month, Trump railed against James and other prosecutors investigating him and his company and complained they were “radical, vicious, racist prosecutors.” Through his lawyers in the case, he has claimed that James’ media appearances and political campaign speeches, in which she said she would take on Trump, show the whole investigation is unfairly biased.

But James does seem to have some significant evidence on her side. Last month, James submitted hundreds of sealed exhibits to the court that she said showed, among other things, that Trump regularly presented different sets of numbers about how much various properties he owned were worth. As I wrote at the time:

James says the Trump Organization created statements of financial condition that showed that the Trump Tower triplex that was Trump’s main residence before becoming president was worth as much as $327 million and based that figure on the fact that the apartment was 30,000 square feet. But the apartment is allegedly nowhere near that size—James says that Trump Organization CFO Allen Weisselberg testified that it was only about 10,000 square feet and that the $327 million evaluation was inflated by “give or take” $200 million.

James’ January filing contends that other alleged inaccuracies in the Trump Organization’s statements of financial condition included valuing a Scottish golf course he owns based on a number made up to provide to a journalist writing a profile, and tacking 15 to 30 percent onto the estimated value of seven golf courses based on their affiliation with Trump’s brand, even after financial institutions considering doing business with Trump specifically asked that he not include any estimates of “brand value.”

On Monday, James filed a copy of the Mazars’ letter with the New York State Supreme Court judge considering her request to enforce the subpoenas she’s filed against Trump and his children. The letter shows that there is a legitimate need for an investigation into whether Trump was honest with lenders and insurance companies, James contends.

“While we are disappointed that Mazars has chosen to part ways, their February 9, 2022 letter confirms that after conducting a subsequent review of all prior statements of financial condition, Mazars’ work was performed in accordance with all applicable accounting standards and principles and that such statements of financial condition do not contain any material discrepancies,” the spokesperson said. “This confirmation effectively renders the investigations by the DA and AG moot.”

In fact, the letter, which can be read in full below, actually says, “While we have not concluded that the various financial statements, as a whole, contain material discrepancies, based upon the totality of the circumstances, we believe our advice to you to no longer rely up on those financial statements is appropriate.”

The letter also recommends that the Trump Organization inform any other organization that has relied on the statements Mazars prepared that they should not continue to do so.