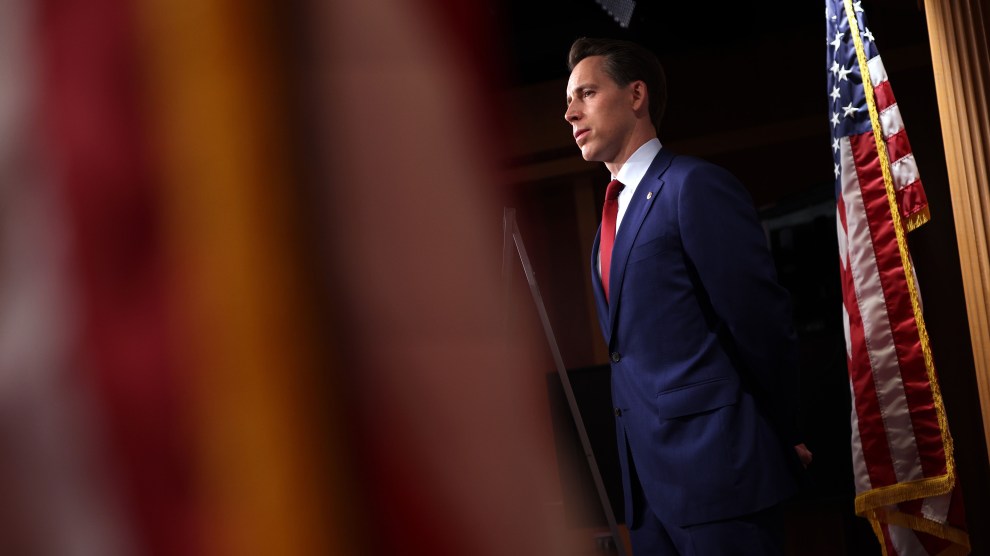 There is a big red button with the word “pedophile” scrawled on it that certain kinds of reactionaries like to press when things aren’t going the direction they want.

For example: In July 2017, I was standing behind the U.S. Capitol sweating my way through a Democratic press conference about net neutrality even though my jacket was off and my sleeves were rolled up. The senators said some things about how net neutrality was good and the telecom giants opposing it were not, and then adjourned and dispersed. Reporters followed, peppering the senators with questions and pushing for updates on net neutrality policy.

I later found out that the IRL troll was Jack Posobiec, now a prominent right-wing conspiracy influencer. His flyer fiasco on that 90 plus degree day was a clear farce, and was soon mostly forgotten; anyone who remembers it associates with it how much of a dishonest pest Posobiec is, not any potential failings of net neutrality or the Democratic officials he targeted.

As a sitting U.S. Senator, Missouri Republican Josh Hawley enjoys being perceived as more sophisticated and savvy than Posobiec. But over the last several days, he too has been pressing that button, unleashing its effects into the Senate confirmation hearings for Ketanji Brown Jackson, President Biden’s Supreme Court nominee.

At the hearing, Jackson sought to emphasize that, even if she has handed down relatively lax sentences, she still feels she doles out significant punishment that is responsive to the victims. “When I am dealing with something like this, it is important to me to make sure that the children’s perspective, the children’s voices,  are represented in my sentences,” she said. “I tell [defendants] about the adults who are former child sex abuse victims, tell me that they will never have a normal adult relationship because of this abuse. I tell them about the ones who say, ‘I went into prostitution, I fell into drugs because I was trying to suppress the hurt that was done to me as an infant.'”

In trying to paint Jackson as a pedophile sympathizer, Hawley is tapping into the same thing as Posobiec: the recurring impulse of reactionaries who are on their back heels to try to reset an imperiled position in the culture wars. It’s a mini-version of the pedophile conspiracies QAnon, Pizzagate—which, uncoincidentally, Posobiec was a key early proponent of—and the Satanic Panic of the 1980s, when numerous false child sex ring accusations were leveled at daycare centers.

It has also cropped up at smaller moments since then, like the 2020 Cuties controversy that Sen. Ted Cruz tried to wade into. One piece of Jackson’s own record underscores how cyclical and repetitive the role of pedophilia as a weapon in the quiver of contemporary conservatism has become: she sentenced the man who was inspired by the Pizzagate conspiracy to go into Comet Ping Pong in D.C. and fire his gun.

It’s not a coincidence that concern for children is generally brought up not directly in response to children being abused, but around other inciting moments—a phenomenon I wrote about in 2019. Before the Satanic Panic spread from daycare to daycare, child care centers were already targets in a war on their role in helping feminist goals of entering the workplace and deprioritizing traditional nuclear family roles. As I wrote in that piece:

Day care held a prominent place in right-wing demonology. As far back as the 1960s, conservatives were warning darkly that child care “was a communist plot to destroy the traditional family,” as sociologist Jill Quadagno writes in The Color of Welfare. In 1971, President Richard Nixon vetoed the Comprehensive Child Development Act, which would’ve established a national day-care system. In his veto message, Nixon used the Red-baiting language urged upon him by his special assistant, Pat Buchanan, saying the program would’ve committed “the vast moral authority of the national government to the side of communal approaches to child-rearing against the family-centered approach.” In a decade of rising divorce rates, at least conspiracism and reactionary social conservatism could enjoy a happy marriage. By the time Judy Johnson came forward in 1983 with allegations that a teacher at the McMartin preschool had molested her child, the country had been primed to assume the worst by more than a decade of child-care fearmongering.

QAnon provided a similar tool for an updated moment in the culture wars. The rise of QAnon wasn’t linked to any increase in child kidnapping and trafficking, but it did come after the right had losing culture war battle after culture war battle.

With Pizzagate and QAnon, the molesters have changed from day-care workers to the liberal elite, and the politics behind the theories now are more explicitly spelled out. But the general context is more or less the same: conservative retrenchment after a period of progressive social gains. If women’s entry into the workplace in the latter half of the 20th century triggered deep anxieties about the decay of traditional gender roles and the family unit, in the 21st century it was same-sex marriage, growing acceptance of transgender rights, and the seeming cultural hegemony of a social justice agenda. “Q found that fear,” says Travis View, a conspiracy theory researcher and a host of the QAnon Anonymous podcast.

Even though there isn’t a pedophile component to it, it’s not a coincidence that the critical race theory panic leverages the purported wellbeing of children to make that cause seem nobler. Nor is it a coincidence that it came to be shortly after a summer of widespread protests that shifted public opinion on racial justice.

Hawley’s specific reaction isn’t to a specific movement, but it still is a response to a progressive Black woman having a spot on the court that the Senator knows is key to controlling the general social and cultural outcomes he wants. And he, just like when Posobiec was dashing around the lawn in the middle of a humid D.C. summer, is tapping into the same thing QAanon, CRT panics and the Satanic Panic did earlier:

Pedophile conspiracies act as a sort of propaganda of the counterrevolution, a fun-house reflection of the real threats to the social order. This is what connects QAnon and Pizzagate to McMartin to the witch hunts of the Middle Ages to the dawn of major religions. The demons may take different forms, but the conspiracy is basically the same: Our house is under attack.