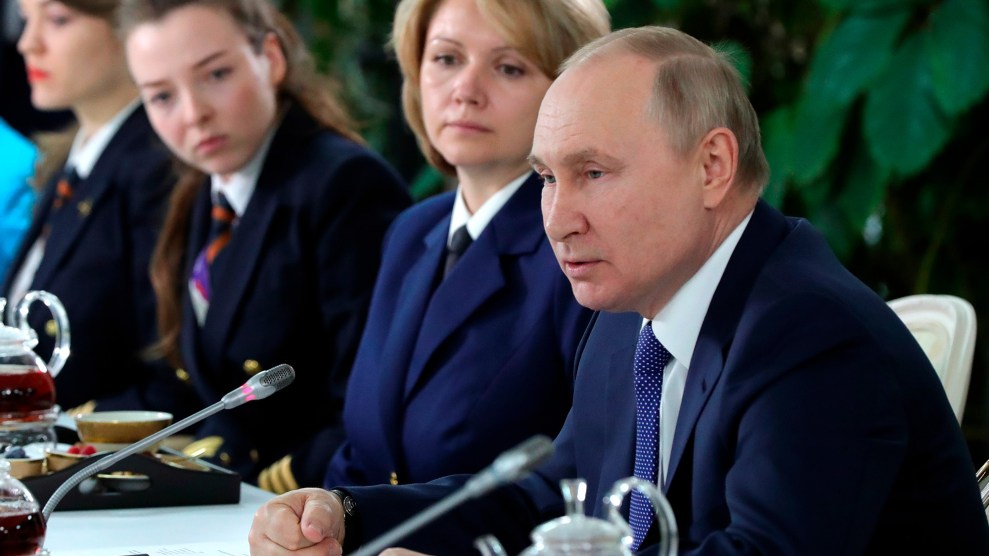 On Saturday afternoon, Reddit’s top-performing post claimed that Russian leader Vladimir Putin was green-screened into a video. It was later deleted and flagged by moderators as “misinformation”—but casual viewers could be forgiven for believing the juicy claim alleged by the post title: “Green screen detected!”

Putin’s hand appears to pass through the stem of a microphone in the low-resolution video posted to Reddit. When evaluating videos featuring the Russian leader, it must be noted that Russia has a history of producing propaganda and staged or fabricated video—including video purportedly used to justify its recent invasion of Ukraine. Earlier this week, Putin effectively banned independent journalism in the country and blocked access to Facebook and prominent foreign news sites in a move towards cementing the Kremlin—and its state-run media—as the primary source of information for Russian citizens. And with much of the West united against Russia, “gotcha!” claims like this are especially clickable.

But compare this particular clip side-by-side to a higher resolution version posted on YouTube, and the culprit is as obvious as it is harmless: run-of-the-mill video compression.

I won’t get into the ins and outs of video compression here—that’s a topic for another post. But here’s the short version: Each time a video is uploaded (like to YouTube, Twitter, or Instagram) or sent through a messaging service (like WhatsApp, Apple Messages, or good ol’ fashioned texts) it loses quality. This is called “generation loss.” Think back to the childhood game of telephone: After being repeated by many people, the original message gets muddled. 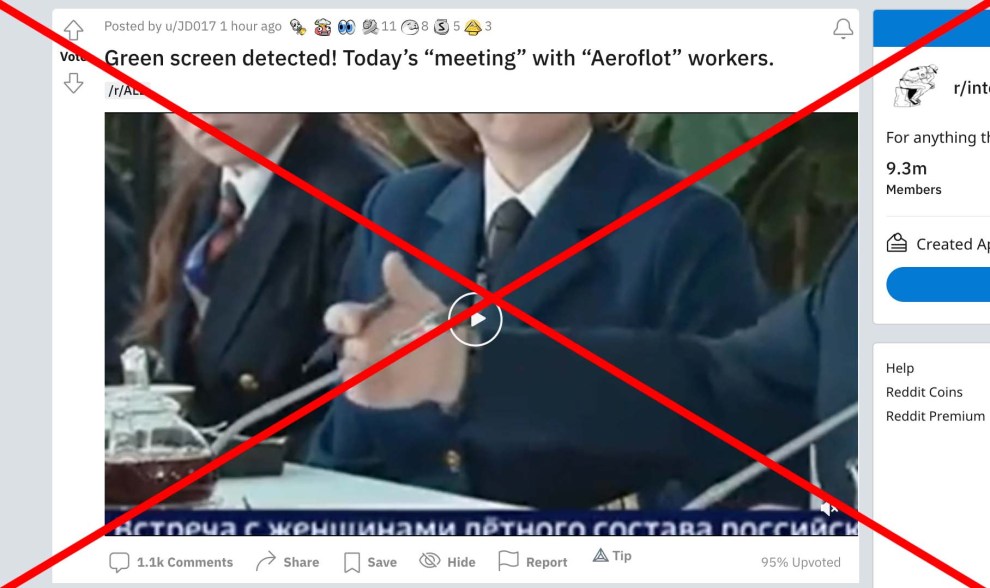 That’s what appears to have happened here—and it’s far from the first time. It’s just the latest example of a growing “green screen panic” that has led social media users, skeptics, conspiracy theorists, and yes, even journalists, to allege that visual quirks in videos released by politicians or governments are signs of outright fabrication. Think back to March 2021, when Joe Biden’s hand passed near a microphone and sparked unfounded claims that he was digitally inserted into the video with a green screen. Or in October 2020, when Donald Trump released videos that prompted similarly false—yet widespread—claims that he used a green screen.

We know that false news spreads faster than the truth. When an information war is at play, we’re not just bystanders—we’re part of the effort, willingly or not.

Update March 6: As the false “Putin green screen” claims continue to spread online, there’s a new twist: viral posts inaccurately suggest that Ukrainian President Volodymyr Zelenskyy responded to the Putin video in an effort to troll the Russian leader by deliberately pushing his own microphone at the end of a televised address. According to BBC disinformation reporter Shayan Sardarizadeh, the Zelenskyy video was recorded on Friday, the day before the Putin video was disseminated.

No, Putin wasn’t green-screened into that video.