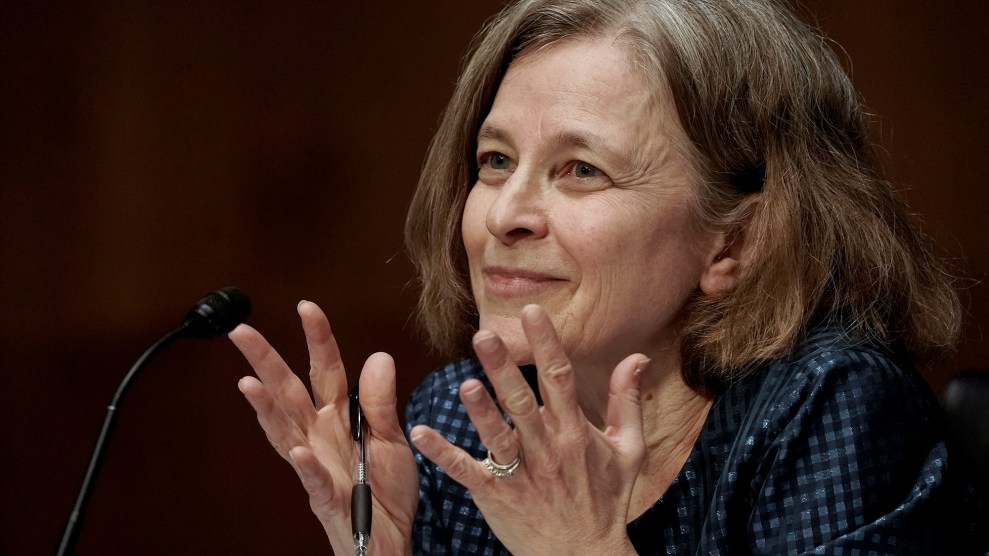 In a political era dominated by Donald Trump’s assault on democracy, it’s easy to feel nostalgia for the normal politics of just a few years ago. Of course those politics remain alive and well and, as they did before, continue to do their own sort of damage to the country and the planet. This week’s example is the defeat of Sarah Bloom Raskin to be the Federal Reserve’s top bank regulator because she believes the United States’ central bank shouldn’t ignore climate change when making decisions. It’s a reminder that while politics as usual wasn’t as violent or immediately threatening, neither was it proving to be a workable system sustaining our democracy or planet. If the country is the proverbial frog, then outside money and special interests are the water being slowly warmed to a boil.

Industry political power is an enduring threat to democracy, if less attention grabbing and immediate than Trump.

Raskin pulled her name from contention once Sen. Joe Manchin (D-W.V.) joined every Republican in opposing her nomination. “Sarah was subject to baseless attacks from industry and conservative interest groups,” President Joe Biden said Tuesday afternoon upon withdrawing her nomination. (Just like the good old days!)

A former Federal Reserve governor and deputy Treasury secretary, Raskin was well qualified for the job. But she also believes in climate change, and in the Fed’s responsibility not to exacerbate, within the confines of its decision-making authority, this existential threat to the planet. In 2020, she urged the Fed not to prop up fossil fuel companies as part of the governments’ coronavirus economic rescue spending. “The Fed is ignoring clear warning signs about the economic repercussions of the impending climate crisis by taking action that will lead to increases in greenhouse gas emissions at a time when even in the short term, fossil fuels are a terrible investment,” she wrote in the New York Times. “U.S. regulators can—and should—be looking at their existing powers and considering how they might be brought to bear on efforts to mitigate climate risk,” she wrote last year. So, naturally, the fossil fuel industry opposed her nomination. Manchin, who comes from a coal state and is close to the industry, cited her energy beliefs in opposing her nomination.

Republicans also argued that Raskin would exceed her authority to go after the fossil fuel industry. “President Biden was literally asking for senators to support a central banker who wanted to usurp the Senate’s policymaking power for herself,” Senate Minority Leader Mitch McConnell argued. It’s one thing to argue that the Fed shouldn’t be setting climate policy, but the argument that it should do nothing is also a kind of climate policy—just a much worse one.

Republicans saw a few other blemishes on Raskin’s resume, some more admirable than others. She’s a believer in regulating banks, which made her unsuitable to Republicans, even to fill a position that regulates banks. (Republicans have in fact only once agreed to confirm a nominee to this position—a Trump pick—which was created through the 2010 Dodd-Frank financial reform aimed at preventing a repeat of the 2008 financial crash.) Raskin had also done private sector work that raised red flags, including surrounding an incident when she put in a call to the Fed, her former employer, on behalf of a technology company where she sat on the board. The company, Trust Reserve, subsequently got an account at the Fed, a boon for its business and for the $1.5 million in stocks that Raskin held as a result of working with it.

The revolving door is also an unsavory yet common part of politics as usual. Meanwhile, the Trumpist threat to democracy, as demonstrated by a violent assault on the US Capitol, is attention grabbing and immediate. But Raskin and her rejection remind us that the way things generally used to—and still do—work isn’t a workable solution for the country or the planet either.