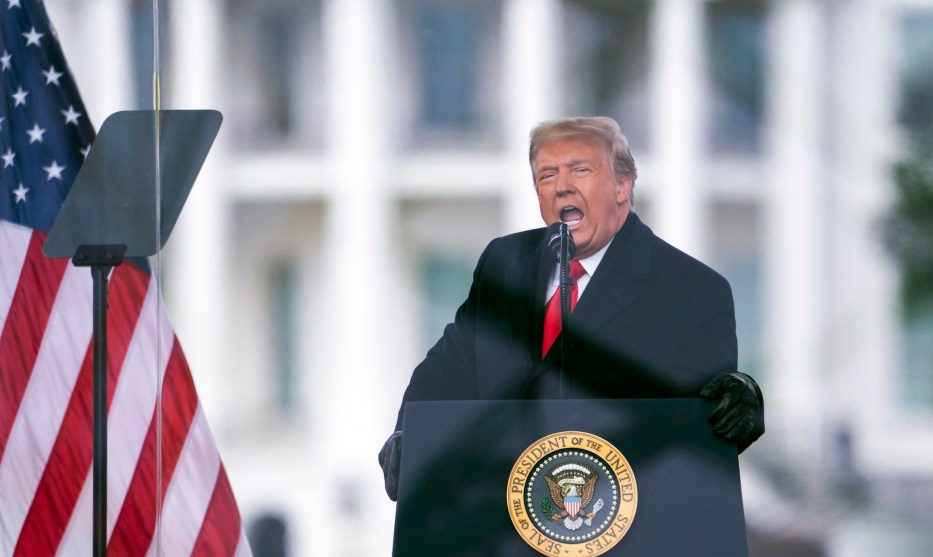 The judge presiding over Donald Trump’s legal battle with New York Attorney General Letitia James has agreed to give the former president a break on the $10,000-per-day fines that have been piling up for more than two weeks.

Back on April 26, Judge Arthur Engoron declared Trump was in contempt of court for failing to comply with a subpoena from James. On Wednesday, Engoron agreed to end the contempt and cancel five days worth of fines—but only if Trump continues cooperating with James’ office, which has subpoenaed records in its civil fraud investigation of Trump and his businesses. Trump also has to pay $110,000 into an escrow account, covering the first 11 days of the contempt fines. If the former president fails to do this by May 20, the fines will start accruing again and he’ll owe an additional $150,000.

James has been investigating Trump for nearly two years. She is seeking to determine whether, in the years before he became president, Trump and his company intentionally inflated the value of some of his assets to get better deals from banks and insurance companies and low-balled estimates on the same properties when it came time to pay taxes. Trump and the Trump Organization have denied wrongdoing.

In December, James’ investigators sent Trump a subpoena asking him to turn over records, including handwritten notes and cellphones he may have used at the time. Reverting to the strategy he has employed for many of his legal battles in recent years, Trump and his attorneys dragged their feet, leading to a decision by Engoron, a New York state judge, to hold Trump, personally, in contempt.

Trump’s attorneys had told Engoron that Trump simply didn’t have the records requested, but Engoron found their arguments unpersuasive, noting they didn’t even have a sworn statement from Trump himself asserting that he had no relevant records. Engoron ordered a fine of $10,000 a day until Trump turned over the requested records. Trump appealed the contempt ruling, but an appellate judge refused to stay the fines, meaning Trump would continue to run up financial penalties while his appeal slowly worked its way through the system. On April 29, Trump tried to get Engoron to “purge” the contempt by submitting new assurances that he had done everything possible to locate any relevant records. That filing did include a sworn statement from Trump. But Engoron remained unconvinced and refused to halt the fines.

Over the weekend, Trump’s attorney, Alina Habba, sent Engoron a new explanation. Trump still doesn’t have any handwritten notes, she told him, but she said she had personally searched for any records by going through all of the drawers in dressers, nightstands, and desks at Trump’s personal residences and offices at both his New Jersey Bedminster golf club and the Mar-a-Lago club in Florida. While Trump has used a cellphones to call and tweet for years, Habba said the phones he used can’t be found. According to her filing and an included sworn statement from Trump, before taking office he had two flip-phones and a Samsung smart phone. Trump said that he doesn’t know where the flip-phones are and that he brought the Samsung phone to the White House where “it was taken away from me at some point.” These days, Trump claimed, he has two phones, a several-year-old iPhone for personal use and a brand-new phone given to him by his new social media start-up TruthSocial that is only used for “truthing.”

This was enough for Engoron to ease up on Trump—at least a bit. In his new ruling, released Wednesday afternoon, Engoron ordered that so long as Trump continues to be cooperative and provides additional sworn statements from various Trump Organization employees and details on what steps the company did or didn’t take to retain important documents, the fines will stop accruing as of May 6 (the day Habba submitted her latest details). Trump also has to pay the $110,000 into an escrow account for the New York Attorney General’s office, to be either paid out or returned to Trump when the appellate court finally gets around to deciding whether the contempt ruling should be reversed.

All of this must be done by May 20, Engoron wrote, or else the fines will not only start again, but be assessed for every day between May 6 and May 20 ($150,000) for which Trump was let off the hook.