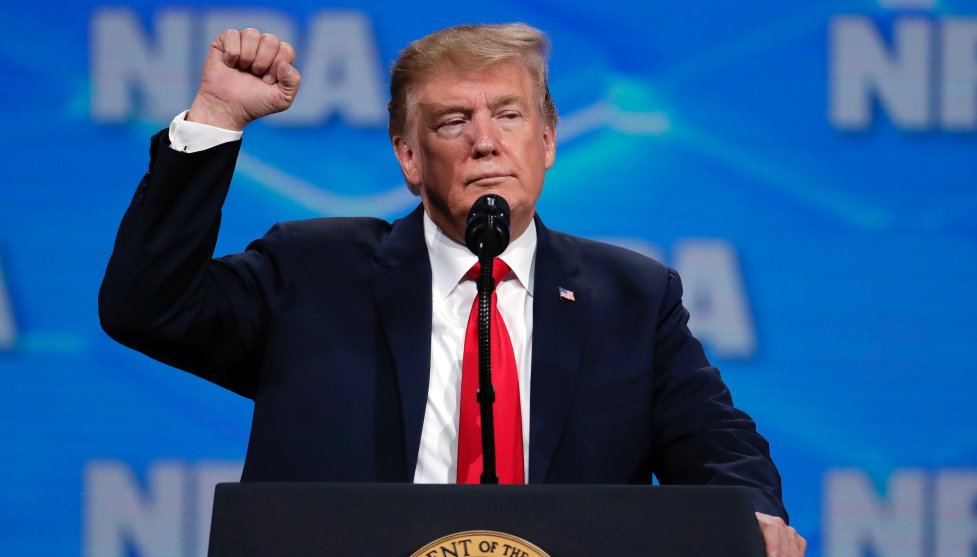 On Tuesday, an 18-year-old gunman killed 19 children and two teachers at an elementary school in Uvalde, Texas. The massacre, inflicted on a group all huddled in one classroom, is now the country’s second-deadliest school shooting on record. The gunman had purchased two AR-15-style rifles in the week before carrying out Tuesday’s rampage, thanks in large part to the gun lobby’s vigorous push to allow gun sales to people under 21.

Gov. Greg Abbott and Sen. Ted Cruz have both offered their thoughts and prayers in the wake of the Uvalde shooting. But the two Republicans have been curiously silent about their upcoming weekend plans to headline, alongside the party’s de-facto leader, Donald Trump, the National Rifle Association’s annual conference just a few hundred miles east of the Uvalde shooting in Houston.

Governor Abbott, if you have any decency, you will immediately withdraw from this weekend’s NRA convention and urge them to hold it anywhere but Texas.

Could that silence be a sign of stressful deliberations over whether to continue with this weekend’s gathering? It’s highly unlikely, and in fact, such an assumption would be far too generous considering the men’s history of gleefully brandishing guns in order to attract voters. Cruz, in a video that has re-emerged today, even fried bacon on a similar gun to the one used in Tuesday’s shooting. Abbott and his fellow Texas Republicans have loosened gun laws, even after other mass shootings.

As for the NRA, the gun lobby has literally been in almost this exact same position before. Just days after the 1999 Columbine school shooting in Colorado, the NRA similarly debated over whether to proceed with its annual conference, also just days after multiple people were killed inside a school and just a few miles away. Here’s a snapshot of those private moments in the immediate wake of Columbine, obtained by NPR last year, and slightly edited for context:

“You have to go forward,” Marion Hammer, a longtime NRA lobbyist, says. “For NRA to scrap this and the amount of money that we have spent …”

“Screw the insurance,” says Hammer. “The message that it will send is that even the NRA was brought to its knees, and the media will have a field day with it.”

Yes, the NRA ultimately decided to proceed with the event, largely basing the decision on the view that doing otherwise would send the message that the gun lobby had been “brought to its knees.” Yes, one executive at the time argued that the media would “have a field day” if they moved to cancel. This was 1999, after the deadliest school shooting in decades, a horror that’s often considered the first of modern times. The US has witnessed countless acts of gun violence, inside schools, supermarkets, parking lots, and beyond since then, each without ever prompting meaningful gun legislation but instead, the same parade of tired responses—from thoughts and prayers to now isn’t the time for politics to let’s pin this on the mentally ill—take the place of action.

So you can probably expect Abbott, Cruz, and Trump to keep their marquee appearances this weekend, where they’re all but certain to clamor for pro-gun proposals they, in bad faith, argue would have stopped Tuesday’s massacre. (They’re already on Fox News crowing for armed bodyguards; that’s been effectively disproven as helpful.) If anything, this weekend presents an opportunity for these three men to thunder over how damn tough they are.

But one thing you won’t see when Trump takes the stage? Guns. They’re too dangerous for the event.

Now imagine if we were all offered the same protections as our former president.