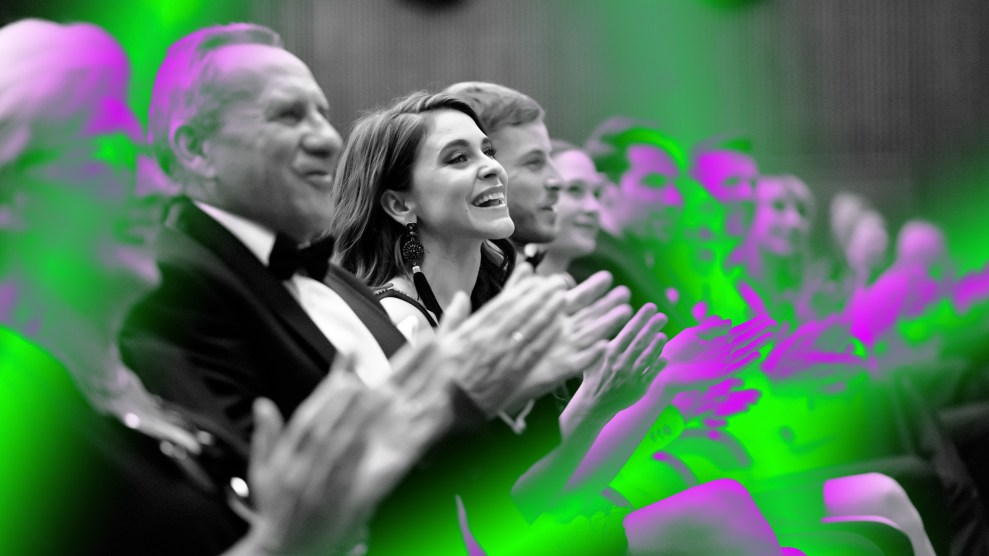 On Wednesday, the Senate Finance Committee unanimously approved a retirement bill called the Enhancing American Retirement Now Act (EARN). That’s the Senate version of a package nicknamed SECURE 2.0, which sailed through the House in March on a vote of 414-to-4. But some progressive members have since expressed misgivings. You can probably figure out why, based on the following headline from back when the House was considering it: “Congress Is Set to Make the Rich Richer—Again.”

Indeed, these “retirement reform” packages mainly serve to enhance, at taxpayer expense, the savings of relatively wealthy Americans with private retirement plans. As I reported earlier, these new bills are just the latest in a series of federal laws enacted over the past quarter-century that have resulted in an exploding retirement wealth gap. Disingenuously peddled as a salve for working Americans, the bills increase the tax-advantaged savings of well-to-do families while doing next to nothing for those living paycheck to paycheck.

Everyone who works pays into Social Security, whose average benefits for retirees are a paltry $19,370 a year. But only about half of US families have a supplemental retirement account. Federal survey data shows that, among the wealthiest 10 percent of American households, 91 percent had one or more such accounts, but only 31 percent of households in the least-wealthy 50 percent of the population had one.

From 2020 to 2024, tax breaks for retirement savings will cost the government about $1.9 trillion—subsidies skewed in favor of high earners.

I also learned that retirement subsidies are the government’s single biggest tax-related expenditure—by a long shot. From 2020 to 2024, according to the nonpartisan Joint Committee on Taxation (JCT), tax breaks for retirement savings will cost the Treasury $1.9 trillion. And the money flows disproportionately into the accounts of top earners, seemingly without limit.

In essence, even as Social Security faces a demographic crisis, federal and state governments are padding the accounts of people who have tens of millions of dollars—and in some cases hundreds of millions—already socked away for the future. Bills like SECURE 2.0, promoted by both parties and shaped by finance lobbyists, throw a few scraps to the less-wealthy but invariably make the wealth gap worse.

One reason these bills are so popular with lawmakers is they don’t appear to cost very much. But that’s a parlor trick. To cover the cost of expanded benefits, the authors rely on provisions that encourage people to put more money into Roth IRAs, contributions that are taxed up front—a short-term revenue gain for the Treasury. But because the assets in the Roth accounts can then grow tax-free for many decades, that short-term gain becomes a long-term loss that doesn’t show up in the congressional analysts’ 10-year cost projections.

The policy publication Tax Notes recently spoke with several members of the House Ways and Means Committee who conceded that SECURE 2.0 does little for most Americans and gives away too much to the finance industry. “I don’t think we were all aboard” for meaningful reform, said Rep. Bill Pascrell Jr. of New Jersey, referring to his fellow Democrats.

When asked about SECURE 2.0 provisions that increase the “catch-up” contributions—which let older Americans who can afford it put extra money into their IRAs—and delay the age at which people have to start taking mandatory distributions from their retirement accounts, Pascrell Jr. told Tax Notes that the laws are for rich people who pay “a very different tax than you and me.”

The Senate version is no different. The nonprofit coalition Americans for Tax Fairness sent a letter to the Finance Committee earlier this week laying out its issues with the EARN Act, which passed the committee with few changes. The bill, AFT noted, would:

“Our retirement tax system is broken,” added executive director Frank Clemente. “Each year, it showers hundreds of billions of dollars of tax breaks primarily on the richest and Whitest households.”

He went on to list the core principles his group feels should be the basis for an equitable retirement package: Any new incentives “should strongly favor those at the greatest risk of retirement insecurity…rather than skew toward the wealthy.” They should “significantly reduce, not exacerbate, the racial wealth gap.” Lastly, the long-term costs should be included in the legislative analysis, “not hidden by accounting games.”

“We believe the EARN Act fails on these core principles,” Clemente wrote.

Another way to tighten the gap, he suggested, would be to put the kibosh on “Mega IRAs.” Indeed, more than 28,000 Americans, by the JCT’s count, had IRA balances of more than $5 million in 2019, and hundreds had north of $25 million in their tax-subsidized accounts—hardly anybody’s definition of people who need public assistance.

The EARN Act contains a couple of “marginal improvements” over SECURE 2.0, including updates to the IRS Saver’s Credit—starting in 2027, the government would offer low- and middle-income taxpayers a 50 percent match on retirement savings contributions of up to $2,000. The money would go directly into their IRA, 401(k), etc, rather than be credited to their tax bill, as it currently is. “Unfortunately, these improvements do not correct the fundamental flaws in our retirement system,” Clemente wrote.

After EARN passed the Finance Committee on Wednesday on a vote of 28-0, the retirement-industrial complex rejoiced. The Investment Company Institute, whose mission is “to strengthen the foundation of the asset management industry for the ultimate benefit of the long-term individual investor,” applauded the bill’s success, and commended committee members for their “strong leadership.”