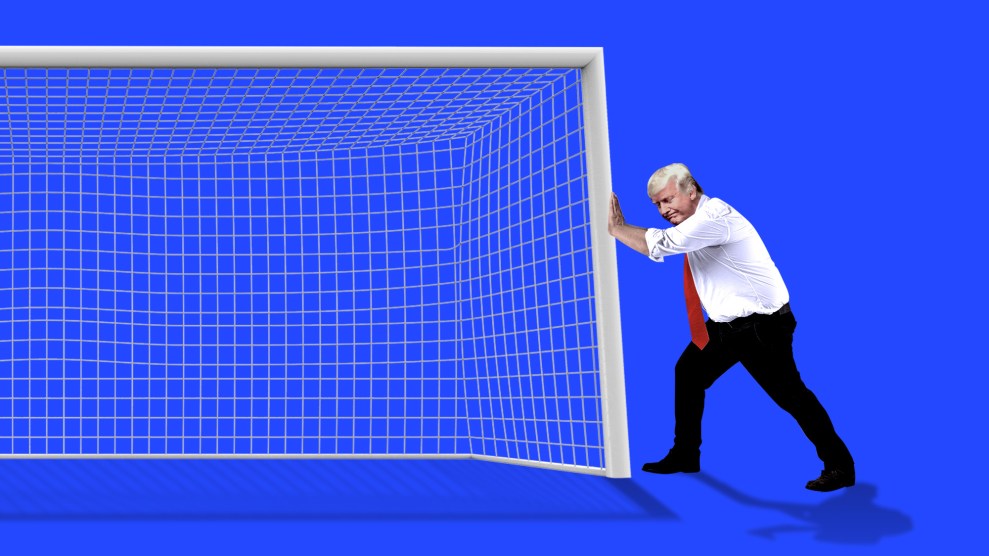 Sometimes one quote sums up a problem perfectly. As the congressional committee investigating January 6 prepared to begin its public hearings, Sunday show host Margaret Brennan of CBS posed a question to Rep. Adam Schiff (D-Calif.) that encapsulates the political peril for the committee: “If you don’t deliver a bombshell on Thursday, don’t you run the risk of losing the public’s attention here?”

Brennan was channeling a dangerous narrative that has become conventional wisdom, not just for Beltway media types but also among many Democrats: the need for more. A violent coup attempt carried out in plain sight apparently isn’t enough. Donald Trump incited a riot. Several people died. In the run up to that horrific day, Trump plotted firing Justice Department leadership and installing a new attorney general who would help overturn the 2020 election. Trump and his advisers hatched plans to send in fake electors and for the military to seize voting machines. He cajoled election officials to “find 11,780 votes” and pressured the vice president to thwart the electoral count. He used outrageous lies to try to steal an election.

Schiff responded, appropriately, that the public already has bombshells. What Americans need now, he told Brennan, is to understand “how close we came to losing our democracy.”

But Brennan’s question gets at the greatest challenge for the panel: the belief that without even more stunning revelations, the committee will have failed. And Trump and his allies will be exonerated. We’ve seen this before. During special counsel Robert Mueller’s investigation into Russian election interference in 2016, Republicans—as well as some media and Democrats—argued that without a smoking gun revealing direct collusion between Trump and Vladimir Putin, the whole thing was a partisan witch hunt. That set the bar too high, because Trump’s collusion with Russia didn’t need to include secret communications. He welcomed Russian interference out in the open and received it. The January 6 investigation could meet the same fate.

Though the insurrection certainly began with private attempts to overturn the election—which the committee plans to lay out in hearings this week—much of this failed coup took place in public. To assemble a mob, Trump and his campaign used social media and rallies to publicly gather the faithful in DC. No need for bat signals when they had Twitter. The assault was on federal property; Americans watched on television as the media showed footage of the rioters and eyewitness accounts and video coming from inside the Capitol. We saw the peaceful transition of power halted, learned the vice president was in hiding, and waited for Trump to call off the attack—hours later, when he finally, half-heartedly, did so, he also publicly empathized with the perpetrators. No additional bombshell is needed to appreciate that Trump is the first president in American history to refuse to accept electoral defeat, to attempt to retain power Americans denied him, and to incite a violent attack against Congress. We know what happened, and it happened before our eyes.

“The illegality of the plan was obvious,” US District Court Judge David Carter wrote in a March ruling related to Trump attorney John Eastman’s efforts to get Vice President Mike Pence to reject the electors on January 6. “The Court finds it more likely than not that President Trump corruptly attempted to obstruct the Joint Session of Congress on January 6, 2021,” Carter stated.

But as bad as the known facts of January 6 and Trump’s attempt to subvert democracy are, the public is constantly being teased with more. The committee, as well as the press, have released tantalizing details over the past few months, hinting at a secret conspiracy that includes GOP-assisted reconnaissance missions, burner phones, and secret State Department meetings. In April, January 6 committee member Rep. Jaime Raskin (D-Md.) promised the upcoming hearings would “really blow the roof off the House” with evidence of collusion between Trump’s inner circle and the Capitol rioters. We have come to expect an overarching order, a neat plot with all its threads and tangents explained.

But the efforts to overturn the election by Trump and his allies were multi-faceted and disorganized. Some were dangerous and illegal; others represented the craziness of the Trump presidency and its disconnect from reality. Imposing the desire for a neat Hollywood ending sets what is likely an unrealistic expectation for a presidency that ended the same way it began: full of chaos and public plots to subvert democracy.

Waiting for new bombshells risks overlooking what we already know. And that helps Trump’s defenders move the goal posts. The defeated president and his allies want you to think January 6 was only bad if some worse conspiracy is revealed.

Some of this unrealistic expectation-setting comes from the January 6 committee itself. On May 19, the panel’s leaders revived rumors that GOP lawmakers had led rioters on reconnaissance tours through the US Capitol on January 5. They sent a letter to Rep. Barry Loudermilk (R-Ga.), stating that they had evidence that he had led a tour the day before the attack. The January 6 committee here seems to have exposed as false a claim by an unnamed House Republican staffer that a review of Capitol security footage over 48 hours preceding the attack showed: “There were no tours, no large groups, no one with MAGA hats on.” But that doesn’t mean the committee has evidence of insurrectionists using that tour to scout the Capitol; nor does it suggest that GOP members of Congress knowingly helped the rioters. Yet the letter set the expectation that the committee might be able to prove precisely that.

Other story lines emerging over the last several months pose similar risks. A Rolling Stone report last November revealed that Kylie Kremer, who helped organize the “Save America” rally on January 6, and two of her associates used burner phones to communicate with members of Trump’s inner circle. They appear to have used the phones to organize Trump’s rally on Ellipse—not the ensuing attack on the Capitol. A focus on burner phones fosters the impression that Trump may have been involved in secret machinations, but we already know that he was involved in the January 6 rally; he spoke there for more than an hour. There remains no evidence that the former president or those close to him took part in planning the actual attack on Congress.

Burner phones and secret meetings sound like scenes from a movie in which all the pieces fit together.

Both revelations are worthy of reporting, but it’s important not to lose site of what they actually mean. Burner phones and secret State Department meetings sound like scenes from a movie in which all the pieces fit together at the end. But in real life, the likely explanation is far less sexy: The Trump administration drew in a number of fringe figures who met up, either by phone or in person, with other fringe figures. These are not likely to be clues that add up to a final, shocking revelation. In all probability, they are disparate, chaotic outgrowths of Trump’s increasing desperation and delusion in the final days of his presidency.

All these plot lines aren’t necessarily germane to the work of the January 6 committee. The panel’s mandate is to investigate the riot as a domestic terrorist attack and a failed coup, to study its causes and the failure to prevent it, so that, as the committee stated in a recent court filing, “no President can threaten the peaceful transition of power ever again.”

The Trump presidency was, among many things, full of wild revelations. Newspapers reported daily on the offensive and dangerous things the president himself said. Sometimes Trump said those things on the record, or in press conferences. Sometimes, the revelations were impeachable offenses, such as the news that Trump withheld security aid from Ukraine in an attempt to extract campaign dirt on Joe Biden. Overall, the Trump administration provided an information overload of gossipy revelations, inundating the American public with one new tidbit after another. In a perverse way, this redounded to Trump’s benefit. The public, especially those who disliked him, became accustomed to more and more, making it harder for the horror of any one incident to sink in. To those who weren’t the targets of Trump’s agenda, the spectatorship could almost take the form of a game.

The ultimate example of this trap was the Russia probe. As Mueller investigated foreign interference in the 2016 election, Republicans argued that nothing short of “collusion” between Trump and the Kremlin would qualify as a scandal. Despite some pushback from Democrats, many Americans held out for a smoking gun, or at least a (non-existent) pee tape. But as our colleague David Corn argued in this magazine, even without proof of explicit collusion, “a harsh verdict can be pronounced: Trump actively and enthusiastically aided and abetted Russian President Vladimir Putin’s plot against America. This is the scandal. It already exists—in plain sight.”

That was five years ago. Yet Democrats remain caught in the same expectation-setting trap today. Trump orchestrated the attempt to overturn the election in plain sight. He spread the “Big Lie” that the presidency had been stolen. He promoted a massive DC rally on January 6, and former campaign aides helped plan it. Trump publicly encouraged supporters to attend the event, and then he told them to march on the Capitol. He publicly pressured Pence to throw out electoral votes—something Pence made clear he had no power to do. And Trump delayed calling for an end to the attack once it had started.

The select committee has the task of bringing home to Americans how dangerous January 6 was for the survival of our democracy—a threat that remains as long as the GOP tries to rewrite the history of that day and restore Trump to the White House. The committee’s effort will not be aided by juicy plot lines that lead nowhere. Maybe there is something worse we can learn about what happened that day. But what we already know is bad enough.