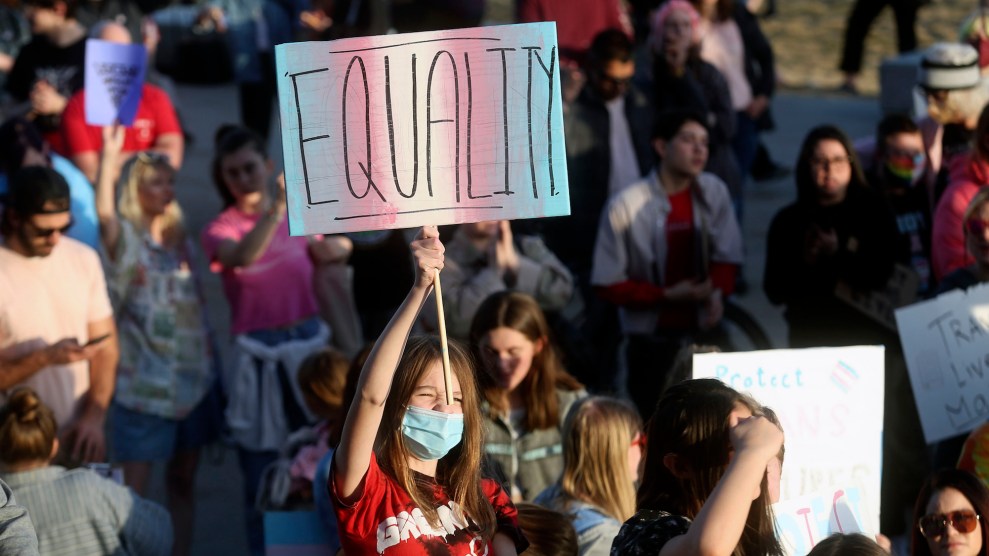 Nearly two years since former Education Secretary Betsy DeVos implemented controversial rules for America’s schools that lessened their responsibility to respond to sexual harassment against students, the Biden administration on Thursday unveiled a new set of proposed rules that would expand protections for student survivors of sexual assault and other kinds of sex-based discrimination under Title IX, the federal law requiring gender equity in education.

The proposed regulations would protect LGBTQ students by clarifying that the Title IX ban on sex-based discrimination includes sexual orientation and gender identity. Among other top-line changes, the proposal would roll back a DeVos-era move that narrowed the definition of sexual harassment, and would expand the obligation of schools to investigate reports of sexual assault involving students off-campus. Schools would no longer be required to hold live hearings in which students who say they were sexually assaulted could be cross-examined.

“As we celebrate the 50th anniversary of this landmark law, our proposed changes will allow us to continue that progress and ensure all our nation’s students—no matter where they live, who they are, or whom they love—can learn, grow, and thrive in school,” Education Secretary Miguel Cardona said on Thursday.

During President Joe Biden’s 2020 campaign, he pledged to scrap and rewrite the DeVos regulations, which were drafted with the help of men’s rights activists. Since Biden took the presidency, advocates who work with student sexual assault survivors have been clamoring for him to deliver on his promise. The release of the proposed rules, timed to coincide with the 50th anniversary of Title IX, address one unevenness in the DeVos-era regulations that victim advocates have long criticized. Currently, schools can require a higher standard of evidence for sexual assault cases than they use in other types of discrimination cases. Under the new proposal, schools may only continue to use that higher standard—if they use it across the board.

The new rules come at the end of a school year marked by nationwide anti-rape protests as two classes of college students adjusted to their first year of campus life, with its increased risk of sexual assault—anti-rape advocates call it the “double red zone.”

Biden’s proposal for how schools should handle allegations of campus sexual assault and other sex discrimination still has a long road ahead: The proposed regulations now enter a 60-day public comment period, after which the Education Department will respond to comments, revise the rules, and publish a final version.

Backlash and possibly legal challenges are expected from some of the conservative organizations and civil liberties groups who opposed the Obama administration’s interpretation of Title IX, which galvanized schools to expand protections for sexual assault survivors but also opened the door to lawsuits by students accused of sexual misconduct who said their rights had been violated by school investigations. According to NBC News’ Tyler Kingkade, Congress might also block the proposal if Republicans were to take over both houses in November.

In a statement, ACLU deputy legal director Louise Melling praised parts of the proposal but raised concerns about the move to get rid of mandatory live hearings in Title IX cases. “The proposed regulation laudably corrects the double standard imposed by the Trump administration, which dramatically reduced schools’ obligations to address sexual harassment as compared to other forms of harassment,” Melling said. “But we are concerned that the proposed rules deny those facing serious penalties in college disciplinary proceedings important procedural rights, including live hearings and cross-examination.”

Melling also called the move to enshrine protections against anti-LBGT discrimination a “critical step” amid mounting attacks by lawmakers on the rights of trans youth. Meanwhile, we can expect more proposals to address rights of trans students to participate in school athletics. In a document published today, the Education Department said it will “engage in a separate rulemaking to address Title IX’s application to the context of athletics and, in particular, what criteria recipients may be permitted to use to establish students’ eligibility to participate on a particular male or female athletic team.”