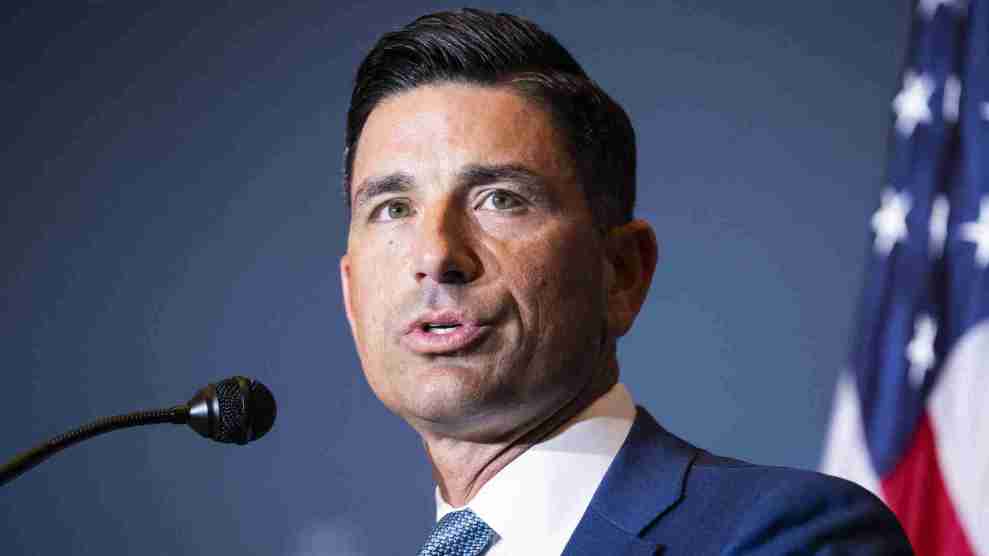 Key text messages for top Department of Homeland Security officials during the period leading up to January 6 riot at the capitol are missing, according to reports from the Washington Post and the Project On Government Oversight. The messages were on phones belonging to former acting Homeland Security Secretary Chad Wolf, acting deputy secretary Ken Cuccinelli, and former Secret Service director Randolph “Tex” Alles. The missing texts could have provided crucial information about what happened in the lead up to January 6, as well as how DHS responded to the attack that day.

The news comes after previous reports that text messages from Secret Service agents were deleted and are now potentially unrecoverable. The revelations have put DHS Inspector General Joseph Cuffari, a Donald Trump appointee, back in the spotlight. Cuffari was informed months ago that the texts were deleted in a “reset” of government phones, but he delayed telling Congress that the information had been lost. As POGO reports:

Cuffari’s office has kept Congress in the dark about the lost DHS leadership texts for more than five months. Four congressional committees had long before asked for all January 6-related federal records from relevant agencies, including DHS, in a letter dated January 16, 2021, ten days after the attack on the Capitol.

Cuffari had similarly delayed telling Congress about the deleted texts from Secret Service agents. POGO explained that inspectors general are required by law to report when an agency “has resisted or objected to oversight activities of the Office or restricted or significantly delayed access to information.” Earlier this week, the leaders of the House committees for homeland security and oversight requested that Cuffari step aside in the Secret Service probe. Reps. Bennie Thompson (D-Miss.) and Carolyn Maloney (D-N.Y.) wrote:

[Cuffari’s] omissions left Congress in the dark about key developments in this investigation and may have cost investigators precious time to capture relevant evidence. Inspector General Cuffari’s actions in this matter, which follow other troubling reports about his conduct as Inspector General, cast serious doubt on his independence and his ability to effectively conduct such an important investigation.

This is not the first time that Cuffari has found himself in trouble. As I reported in 2020, Cuffari was touting a PhD from California Coast University, a school that met the federal government’s own criteria for being a diploma mill. As I wrote at the time:

California Coast University was founded by Thomas Neal in 1973 as California Western University, trading off the reputation of a school that had that same name until 1968. Neal said in 1990 that students could get his PhDs in less than a year. A few years before Cuffari enrolled, a regional accreditation official said about the degrees there, “Anybody can go out and buy anything they want to…Don’t represent it to the public.”

When Cuffari attended CCU, it was based out of a small office building in Orange County that’s currently home to a 7-Eleven and a Subway. But like all students there, he took his classes remotely. Doctoral students were required to show up on campus just once, to defend their dissertations, in a process the school’s catalogue called “a time for exchanging ideas and concepts whereby both the candidate and faculty share a beneficial growth experience.”

More than two years later, Cuffari is still the DHS inspector general and is still calling himself doctor. Unlike judges, President Joe Biden can remove him if he pleases.