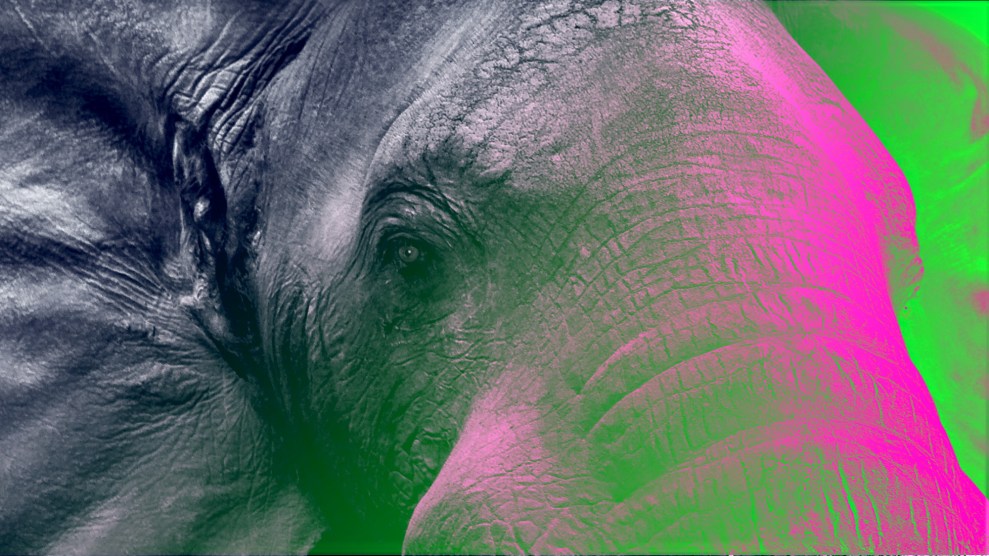 During a press conference earlier this year, a reporter asked Senate Minority Leader Mitch McConnell about how Republicans would govern if they reclaimed both congressional chambers in the upcoming midterm elections.

“That is a very good question,” McConnell replied. “And I’ll let you know when we take it back.”

But you don’t have to wait until after the November midterm elections to know what a huge faction of Republicans have in mind. A little-noticed budget document, the Blueprint to Save America, released in June by the Republican Study Committee, details the group’s priorities. Since nearly 75 percent of Republican House lawmakers are RSC members, these priorities are shared by a majority of the GOP caucus. The 122-page manifesto, containing a laundry list of longstanding conservative desires, calls for significantly reducing the size of America’s social safety net, drastically limiting abortion access nationwide, effectively throwing in the towel on combatting climate change, raising the age requirement to receive full Social Security benefits, cracking down on transgender rights, and making it easier for Americans to carry concealed weapons.

House Budget Committee Chairman John Yarmuth (D-Ky.) warns that the document spells out how a future GOP-led House would govern. “The new members [Republicans] get if they unseat our members and take our open seats are going to be even more conservative than the people who put this together,” he says in an interview. “I think this would be exactly the blueprint that they would try to adopt.”

The vast majority of recommendations included in the RSC budget would not have a filibuster-proof majority in the Senate, even if Republicans regain control. Nor is it likely that President Joe Biden would sign legislation containing many of the suggestions outlined in the budget if they somehow passed both chambers.

Yarmuth, however, argues that a Republican-controlled Congress could force a government shutdown if they don’t get their way. “It wouldn’t surprise me a bit if many of them welcomed the opportunity to shut the government down,” he says.

The RSC calls for raising the retirement age by three months per year through 2040, at that point the new age requirement to receive full Social Security benefits for people born after 1978 would be 70. After 2040, the group recommends linking the new retirement age to modern life expectancies, noting increasing life expectancies since monthly Social Security payments were first distributed in 1940.

Though some Republican lawmakers such as Sen. Mike Crapo of Idaho and retiring Sen. Richard Burr of North Carolina have come out in favor of federal reform to the prescription drug pricing system, the RSC flatly opposes any government-led efforts to bring down pricing. “The federal government must not micromanage the delicate process of developing new medicines and producing them in useable quantities,” the RSC’S budget document says.

RSC members propose eliminating birthright citizenship (the recognition of children born on US soil as automatic US citizens, regardless of their parents’ citizenship status). The group, contending that undocumented immigrants take advantage of the system by immigrating to the US to have children, says birthright citizenship does not reflect “the intent of the 14th Amendment,” and that citizenship at birth should only be conferred “to someone born of at least one U.S. citizen or legal permanent resident of the United States.”

The National Labor Relations Board is an independent federal agency that protects workers’ rights to organize, oversees union elections, and steps in when private sector employers subject employees to unfair labor practices and union-busting. The RSC recommends eliminating the entire agency and vesting the power to remedy illegal labor practices with the Department of Justice instead.

The RSC also supports eradicating the Consumer Financial Protection Bureau (CFPB), which was created to enforce consumer protection laws in response to the 2007-2008 financial crisis. The CFPB monitors financial markets for emerging risks and supervises financial institutions to ensure they are following financial regulations, but Republican lawmakers argue the CFPB is a “duplicative” government agency.

Kneecapping the EPA and rolling back climate change initiatives

The RSC opposes Biden’s decision to reenter the Paris Climate agreement, an international treaty to rein in global warming. And it supports a bill that would prohibit federal dollars from supporting the treaty’s goal of reducing greenhouse gas emissions. The RSC also backs reducing the Environmental Protection Agency’s budget, including by ending all EPA grant programs and shuttering the agency’s regional offices.

The RSC, whose membership exceeds 150 members, endorses a slate of anti-abortion bills that would restrict—and even ban—abortions across the nation. It supports prohibiting abortion providers like Planned Parenthood from receiving Title X grants, which help clinics provide reproductive health care services such as cancer screenings and birth control prescriptions, to low-income and uninsured individuals. The group endorses bills that would ban abortions after the presence of a fetal heartbeat, prohibit fetal stem cells from being used for research, and confer legal rights on fertilized eggs that have not yet developed into fetuses.

The RSC budget supports allowing gun owners who are eligible to carry a concealed gun in one state to carry that weapon in any other state that permits concealed carry. The group would also effectively remove silencers from regulation under the National Firearms Act, and block state laws that “regulate, tax, or prohibit the possession” of silencers.

The RSC endorses a slate of actions that would gut social welfare programs supporting low-income families. It would eliminate the Low-Income Home Energy Assistance program, which helps poor families heat and cool their homes. And the group proposes converting the Supplemental Nutrition Assistance Program (formerly known as food stamps) and school meal programs into discretionary block grants, where states would administer their own food assistance programs with fewer federal funds. The RSC would ax an initiative that allowed schools in very low-income areas to provide free meals to all students.

RSC members also favor converting the Children’s Health Insurance Program (CHIP) into a block grant supported by less federal investment. They recommend “rebalancing the federal burden of these support programs down from the average 62 percent to a 50/50 split with the states.”

Yarmuth argues the RSC’s push to reduce federal funding assisting low-income families with children is hypocritical, given the group’s efforts to restrict abortions. “The same people who want to prevent abortion,” he says, “have repeatedly and consistently reduced care for the people who would potentially result from those unwanted pregnancies.”