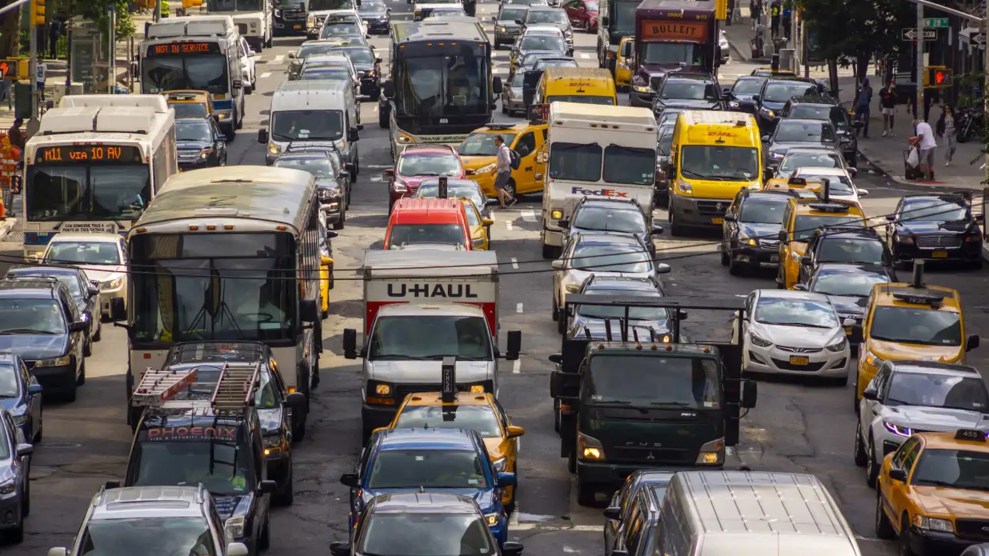 Last month, the National Highway Traffic Safety Administration estimated that 9,560 people had died in traffic crashes in the first quarter of 2022—a 20-year high.

The reasons aren’t simple. Experts have blamed everything from emptier pandemic-era roads that encouraged drivers to hit higher speeds to, uh, people’s declining mental health. But by far the most convincing explanation points to a long-known but fixable problem: American roads are designed in uniquely dangerous ways.

Add that to the fact that the United States—unlike Australia, Japan, and many European nations—does not require car manufacturers to test for pedestrian safety, only passenger safety, and the statistics appear like grim consequences of inaction: The US allows its drivers, cyclists, and pedestrians to die at rates far higher than those of its peer nations.

With two large infrastructure bills, President Joe Biden had a unique opportunity to bring the US up to speed. But experts say that the administration’s efforts mostly miss the mark, advancing key goals to combat climate change but failing to deal with traffic deaths.

“[The bills] are not likely to significantly affect traffic safety except for in the negative form,” the Urban Institute’s Yonah Freemark tells me. “The primary benefit of the infrastructure law is investing in major highway projects and in, frankly, larger, heavier vehicles and electric cars.”

By prioritizing cars above alternative forms of transportation, the Inflation Reduction Act locks in the nation’s use of mining-intensive electric car batteries while doing little to reduce auto dependence. As David Zipper warned at Slate, these investments could even mean that the “transition to electric cars” will “further worsen the deadly carnage on America’s roads.” To understand why, you have to look at the details.

“The primary benefit of the infrastructure law is investing in major highway projects and in, frankly, larger, heavier vehicles and electric cars.”

First, there are the tax credits pushing electric vehicles. The Inflation Reduction Act specifically incentivizes the purchase of larger vehicles that are more likely to cause traffic deaths. As a report by the Climate + Community Project, a policy collaborative, notes, “The IRA would provide specific incentives for the purchase of resource-intensive SUVs and trucks, by allowing people buying such trucks costing up to $80,000 to take advantage of tax credits—compared to only $55,000 for sedans and other smaller cars. Sedans are much less likely to injure people in crashes than larger trucks.”

Freemark compares the tax incentives to the NHTSA’s corporate average fuel economy ratings, which give SUVs and trucks lower requirements than passenger cars. “The incentive structure of the tax credits follows a similar mentality, that somehow it makes sense to allow people to buy more expensive trucks and SUVs and get the credit than passenger cars,” he says.

The IRA’s tax credits also apply only to vehicles manufactured in North America, so if you want a BMW or a Toyota, you’re out of luck. Freemark calls this stipulation “a major impediment to the introduction of electric cars onto the market,” especially given that the US car market is already transitioning to electric so much more slowly than its pals across the pond. Proponents say it will spur American manufacturing of electric vehicles, keeping jobs and industry in the US.

Other experts point out that investments in electric vehicles are necessary to wean the nation off fossil fuels. “We’re not going to get where we need to be climate-wise in nine years without EVs doing a lot of the heavy lifting,” Angie Schmitt, Cleveland-based planner, says. Many Americans live in suburban or rural environments where public transit isn’t an option, and is unlikely to become one in the near future.

While the Inflation Reduction Act entrenches car culture at the expense of road safety, President Biden still has power to guide the nation’s transportation system in the right direction. Aside from the obvious—investing in mass transit—the Biden administration can push regulations that will make our roads safer.

“The Biden administration tomorrow should begin rule-making for vehicles that incorporates requirements for pedestrian protection as standard on all new vehicles,” Freemark says. “There should be requirements that vehicle hoods are designed in a way to minimize pedestrian risk. There should be changes in fuel economy requirements that eliminate the benefit given to trucks and SUVs over cars. These are all within the realm of rule-making that the Biden administration can undertake beginning tomorrow.”