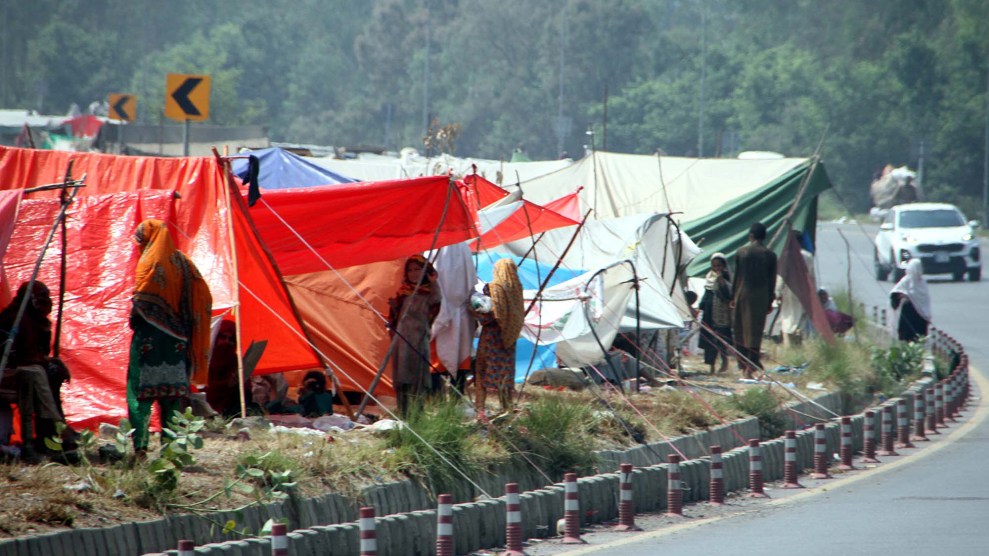 With only two months to go before the United Nations climate conference kicks off in Egypt, delegates are descending on Cairo this weekend to discuss priorities, and advocates are fighting to make sure climate reparations stay on the agenda.

Also known as loss and damage financing, climate reparations refers to money some governments and civil society groups say must be made available to poorer countries to help them cope with the devastating impacts of climate change, like the vicious flooding that’s killed over 1,300 people in Pakistan and left upwards of $10 billion in damages.

At last year’s climate conference in Glasgow, the United States and European Union quashed plans for a fund that would give countries cash to deal with climate impacts. The plan was put forward by China and the G77, a coalition of 134 developing countries representing the largest negotiating bloc. Essentially, rich countries do not want to risk being held liable for damages, even though they are overwhelmingly responsible for the greenhouse gas emissions that continue pushing the planet to unsafe temperatures.

Money for “relief, rehabilitation, reconstruction, and unavoidable relocation, is currently missing from the financial architecture.”

On Tuesday, over 400 organizations signed an open letter calling on delegates attending this weekend’s meeting to ensure loss and damage financing stays on the official agenda for COP27, hosted in Sharm el-Sheikh in November. As countries hammer out the conference’s agenda, there is a concern among developing nations that rich countries will try to keep loss and damage financing off the agenda in order to ensure no progress is made.

“The devastating floods in Pakistan are a testimony to the deep inequality and injustice caused by the rich polluters who spewed emissions unabated and blocked financial assistance for people facing climate emergency,” head of global political strategy with Climate Action Network International Harjeet Singh said in a statement. “Loss and damage finance is a make-or-break issue for the upcoming climate conference in Egypt. The credibility of climate talks hangs by a thread.

“The COP27 conference will be counted as a failure if developed nations continue to ignore the demand from developing countries to establish a Loss and Damage Finance Facility to help people recover from worsening floods, wildfires and rising seas,” Singh added.

The open letter stresses COP27 will be a failure if there is no outcome on what’s called the Glasgow Dialogue, a process for discussing loss and damages launched at last year’s COP. It also notes that unlike other forms of climate finance rich countries have promised poor countries, there is still no system in place to deliver the money.

Money for “relief, rehabilitation, reconstruction, and unavoidable relocation, is currently missing from the financial architecture,” the letter reads. Loss and damage financing “needs” to come from grants, rather than loans, to avoid subjecting countries to “unsustainable debt burdens,” and should be provided in addition to other forms of financing like development assistance and emergency humanitarian aid, the letter says.

Loss and damage should also be separate from what’s called mitigation and adaptation financing, the two other arms of international climate finance. Mitigation financing is money that could be used to invest in renewable energy to help lower emissions, for example, while adaptation financing would be for projects like sea walls to help blunt the impacts of rising sea levels.

Canada’s commitment is to provide about $4 billion (US) from 2021 to 2026 for mitigation and adaptation, with loans making up 60 per cent of that figure. The country’s fair share, given its role as a top 10 all-time global polluter, was estimated by Climate Action Network to be at least $3.8 billion annually.

In May, Canada’s Climate Minister Steven Guilbeault told Canada’s National Observer he was open to discussing loss and damage, but that the space for successful negotiations lay in countries’ abilities to move past the liability question. He suggested framing loss and damage as part of a new way to do international development could be a way to move past that hurdle.