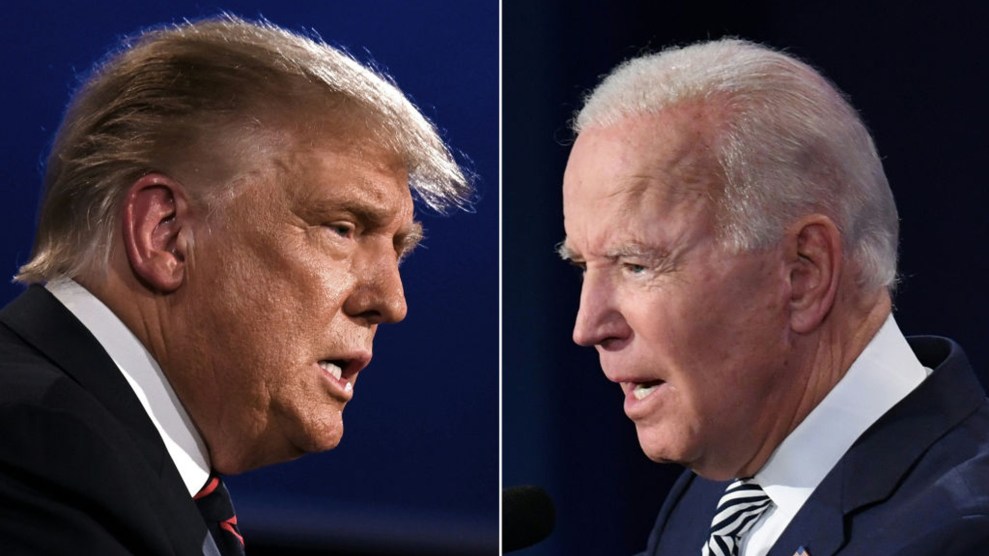 Picture this: A reality television star and real estate mogul from New York and a longtime Senator and former Vice President from Delaware facing off in a US presidential election.

But recent comments from both politicians show—in clearer words than ever—that the same match-up could play out again in 2024, despite ample polling indicating voters from both political parties would prefer new blood.

In an interview with MSNBC’s Jonathan Capehart that aired Friday, Capehart asked Biden what his late son, Beau—who died of brain cancer in 2015—would say to voters who think Biden, who would be 82 at the start of a potential second term, would be too old to run in 2024.

“The only reason to be involved in public life is: Can you make life better for other people?” Biden answered. “Depending on who the opponent is, if they have a view that is so the antithesis of what I believe democracy [is], and I believe is good for average Americans, then, his argument was, ‘Dad, you have an obligation to do something.'”
Biden said that his wife, First Lady Jill Biden, also supports him running again. “My wife thinks that we’re doing something very important and that I shouldn’t walk away from it,” he said. Though Biden added that he has not made “that formal decision,” to run in 2024, largely because doing so would trigger “a whole series of regulations,” he concluded it is his “intention to run again.”
For his part, Donald Trump is also alluding to a rematch. At a Robstown, Texas rally on Saturday, the embattled former president claimed he “ran twice” and “won twice,” and that “in order to make our country successful, safe and glorious again,” he “will probably have to do it again.”
As Biden and Trump both balk on official 2024 campaign announcements, Trump has increasingly, and falsely, complained that the 2020 election was stolen from him. According to a new report from Rolling Stone, Trump and his allies plan to sow doubt about the results of the upcoming midterm elections in battleground states, too.
“They’ve gamed out scenarios for how to aggressively challenge elections, particularly ones in which a winner is not declared on Election Night,” Rolling Stone reports. “If there’s any hint of doubt about the winners, the teams plan to wage aggressive court campaigns and launch a media blitz.”
According to the magazine, Trump is especially focused on the results of the competitive Senate race between Democrat John Fetterman and Republican Dr. Mehmet Oz in Pennsylvania. “As one source who has spoken to Trump several times about a potential post-election-day legal battle over the Oz-Fetterman race puts it, Trump views a potential midterm challenge as a ‘dress rehearsal for Trump 2024,'” the article reports.
Many Republican voters would prefer if Trump would depart the stage altogether. Among Republicans and Republican-leaning independents, less than half want Trump to win the 2024 Republican nomination, according to a recent Washington Post-ABC News poll.
Meanwhile, just over a third of Democrats and Democrat-leaning independents want Biden to win the 2024 Democratic nomination, according to the same poll.
“We need a new generation. We need new blood, period, across the Democratic Party—in the House, the Senate and the White House,” Rep. Elissa Slotkin, a Michigan Democrat, told NBC in October. “The country has been saying that.”