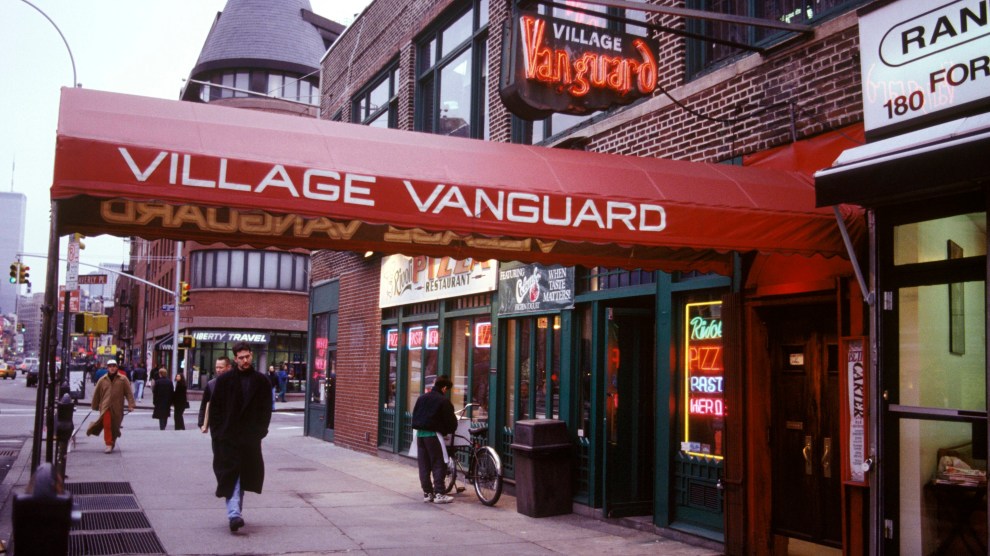 The epicenter of jazz history in New York City, and an engine of its future, is up and running again. The Village Vanguard seated a live audience last night for the first time since the pandemic started, welcoming listeners with proof of COVID vaccination.

The historical meaning of the club’s return was marked on its website in a note pointing out that the venue had bounced back similarly in 1947 after 6 million New Yorkers were vaccinated against smallpox in less than a month. The Vanguard hosted a band that year that played the uptempo “Don’t Wait, Gate—Let’s Vaccinate,” an improvisation that, as Billboard reported that spring, “aided the city’s inoculation drive.”

As he arrived at the club last night, the pianist Jason Moran said, “It’s the season to wipe the rust away with tears,” before taking the stage with Ron Miles’ band. No pianist is more fitting to inaugurate the reopening. Moran, the artistic director of jazz at the Kennedy Center, is a treasure of historical exploration, evolution, and reference; versatile enough to encompass the styles and registers of blues, bebop, hard bop, modernist modes, and impressionistic palettes, and deliberative enough to see improvisation as a form of personal memory.

Memory is central to jazz. Some musicians bottle and revere it, others obliterate it. But most jazz confronts memory, rarely so movingly as when Moran plays “Gentle Shifts South.” Give that song a listen below. It’s not a new release, but it is timeless, a breathtaking tribute to his grandparents. Overlaying the piano is a track of Moran’s grandparents reminiscing, their spoken speech recalling his lineage. Of all songs on rotation during the pandemic, few approximate the restorative impact of “Gentle Shifts South.”

Two versions for you, one with his grandparents’ voices and one without. Let us know what you think at recharge@motherjones.com.