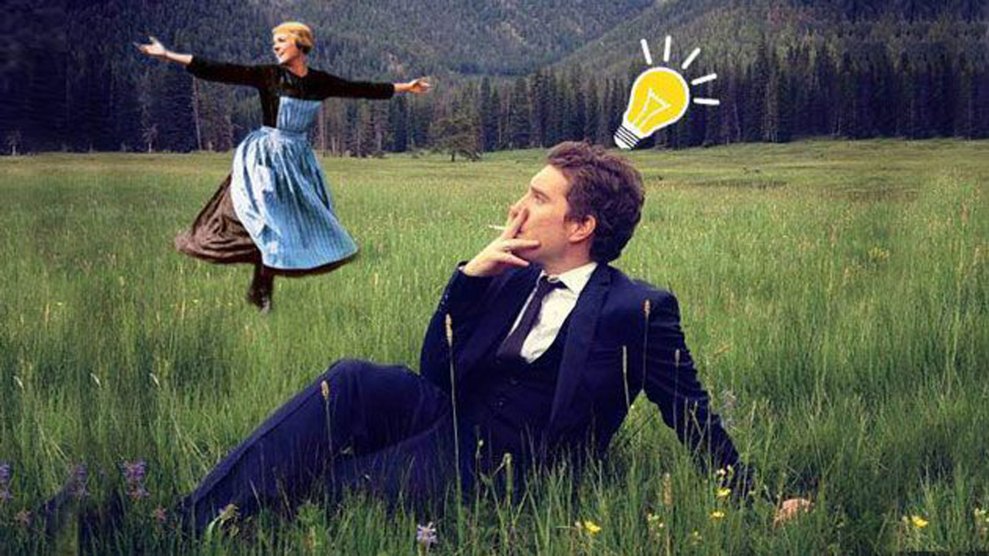 This photo is old. I haven't smoked in years. Smoking is bad.

UPDATE: I was wrong about some of this! But right about enough.

There is an election tomorrow. What do you think will happen?

This is not a rhetorical question. What do you think will happen? Tell me. I want to know.

Why do I want to know? Because you’re smart and good-looking, and I want to pass the time.

I’ll tell you what I think is going to happen but only if you understand that it is just a prediction and not a mortal guarantee. I will not suffer in any way if this prediction is off because it is not against the law to be wrong about predicting future events.

SIDE NOTE: Before I tell you the election outcome (THAT IS JUST A PREDICTION) let me tell you why you should trust me.

I was the only person at Mother Jones and one of two people in the broader journalism world who knew Biden was going to win the nomination from day one. (My friend Josh Barro also knew; indeed, in the middle of 2019 we discussed it together at a bar inside a Neiman Marcus.) Anyway, I asked the staff here for some election predictions and none of them wanted to do it because they were all wrong about the primary—also most if not all were busy with actual journalism—but I was right about Biden winning the primary. (Have I mentioned that?)

Here is my PREDICTION (only a prediction; not a guarantee):

DISCLAIMER: This is not an official Mother Jones prediction. This is a Ben Dreyfuss Prediction™ and, fair warning, no one was more wrong about 2016 than I was, but again, I was right about the primary and I was right about the Lakers and I was right about the Dodgers. I do not have a perfect record: I thought I could cut my own hair at one point and failed spectacularly and had to buzz all of it off and it looked terrible; my love life is really a mess, to be honest; I purchased an at-home spin bike and then never used it and returned it. Some balls, some strikes.

As I was saying, my election prediction is:

The polls will be slightly off….in Biden’s favor.

Why? Because in a lot of states it is conversely easier to vote this year than previous elections. Turnout surge! Biden’s theory of the election—that people are just tired of this drama—was and is correct. Also there is a pandemic that is killing a thousand Americans a day and Trump doesn’t seem to care about it. These factors will contribute to Biden’s very large romping.

Biden is going to win Florida and North Carolina and Georgia and Ohio and Pennsylvania and Wisconsin and Michigan and Arizona and…TEXAS. (Trump will win Iowa.) It will be very obvious by the end of tomorrow night that Biden has won even if not enough states have results to officially call it.

The Democrats will also win the Senate.

I will lose all the weight that I have gained during quarantine.

The Democrats will gain some seats in the House, too.

Texas going for Biden will be quite a big wake-up call to the GOP, which will not suddenly become a completely different party, but it will go a long way toward ending Trump’s personality cult.

Don’t mortgage your house and wager the money on this prediction! In fact it shouldn’t influence your actions at all! Also it is in no way an endorsement of this outcome. Take it or leave it, friend!

Or maybe Trump will win. I don’t know. I’m not a genie.

P.S. Speaking of genies, let’s say a genie comes to you and says there are three doors: Behind one door is RICHES, behind another is FAME, behind a third is TRUE LOVE. The doors are not labeled. The twist is, whatever door you pick, the things behind the other two doors will be OFF THE TABLE for the rest of your life. You will never be rich or famous, but you’ll be in love! You will be rich but never famous or in love, etc. You get the idea? Would you open a door or would you run away? (Did you run away? Guess what. I’m a genie. There’s no where to run. Open one of the doors.) Which door would you want the most? This is a mind game to distract you from your anxiety about the election, which as I noted above, I think is not going to be very close. If you have an interesting answer to this or an interesting election prediction, you can email me at helphelphelp@motherjones.com. If there are lots of good ones maybe I’ll turn it into a post. Or maybe not.