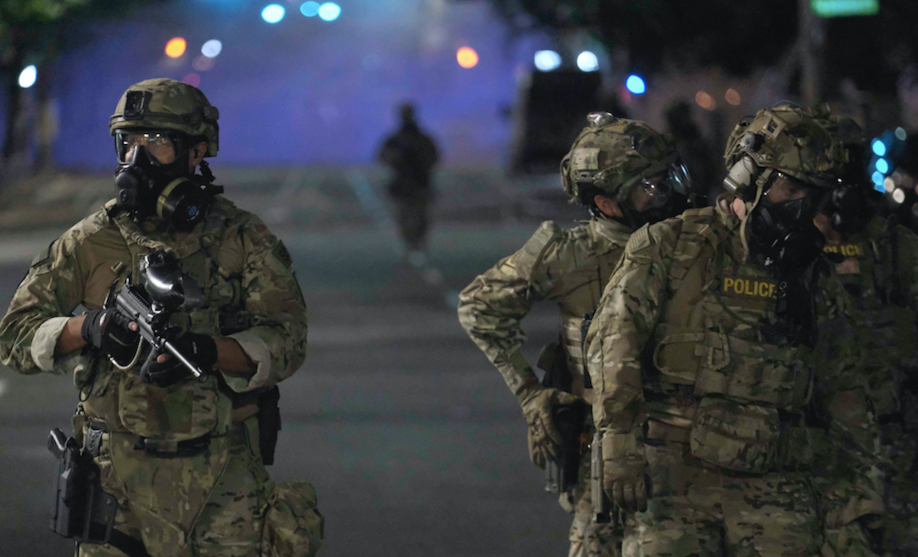 House Democrats are demanding that the inspectors general of the Justice and Homeland Security departments open an immediate investigation into whether the Trump administration’s use of federal law enforcement agents to invade Portland, Oregon, constitutes an abuse of emergency powers.

The letter—signed by three House committee chairs: Reps. Jerrold Nadler, Bennie Thompson, and Carolyn Maloney—comes after federal agents, some dressed in unidentified uniforms and camouflage, unleashed violent tactics against protesters in Portland last week. The chairs cited Portland as one of several troubling examples in which federal law enforcement officials have been accused of using excessive force in order to remove protesters demanding police reform in the wake of George Floyd’s killing. The Democrats also cited the administration’s use of tear gas to clear Lafayette Square in Washington, DC, immediately before a presidential photo op.

The administration has since pointed to Trump’s executive order in late June, itself a response to the movement to remove white supremacist statues, to defend its actions in Portland. As my colleague Dan Friedman reported:

Officials at DHS and US Customs and Border Protection claim that they are in Portland to in support of a June 26 executive order in which Trump directed the Departments of Justice, Homeland Security, and Defense to provide “personnel to assist with the protection of Federal monuments, memorials, statues, or property.” More specifically, CBP says that its agents are deputized to help the Federal Protective Service in guarding federal property, a role that the DHS secretary has statutory power to give them. In Portland, CBP says it’s protecting the Hatfield Federal Courthouse from vandalism.

“The legal basis for this use of force has never been explained—and, frankly, it is not at all clear that the Attorney General and the Acting Secretary are authorized to deploy federal law enforcement officers in this manner,” the congressional committee chairs wrote in their letter Sunday. “The Attorney General of the United States does not have unfettered authority to direct thousands of federal law enforcement personnel to arrest and detain American citizens exercising their First Amendment rights.”

The Trump administration appeared to double down on Sunday, announcing that this week, the president plans to roll out a new directive aimed at expanding federal police power in cities across the country.