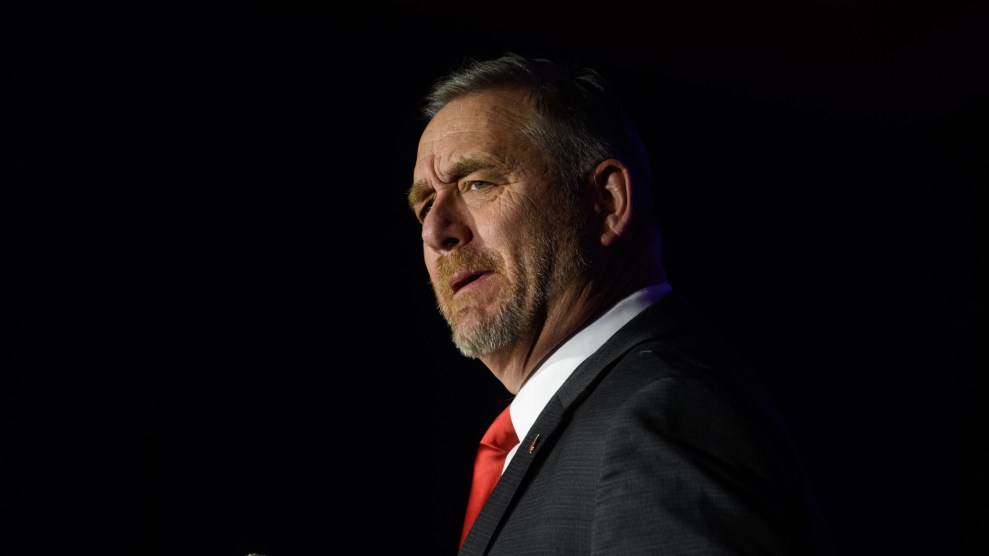 In the face the worsening coronavirus outbreak, Ohio ordered abortion clinics to stop operating as part of a state clampdown on medical procedures it has deemed “non-essential” or “elective.”

“You and your facility are ordered to immediately stop performing non-essential and elective surgical abortions,” wrote Jonathan Fulkerson, an Ohio deputy attorney general, in a letter sent on Friday to abortion clinics in Dayton, Cleveland, and Cincinnati. The letters, which a spokesperson for Attorney General Dave Yost provided to Mother Jones, warned that “the Department of Health will take all appropriate measures” if the clinics did not immediately comply.

On Tuesday, the Ohio Department of Health ordered the statewide cancellation of non-essential or elective medical procedures in an effort to preserve medical workers’ personal protective equipment. Bethany McCorkle, Yost’s communications director, said in an email that the letters to the abortion providers were written in accordance with the department’s order and did not constitute a shutdown of the clinics. In addition to the three clinics, a urology group was also ordered to stop providing non-essential work.

The news of Yost’s order quickly spread online Saturday, where pro-choice advocates blasted it as a politicized stunt. “Let me clarify this misinformation: abortion is not an elective procedure, it is an essential component of comprehensive health care,” wrote Heidi Sieck, co-founder and chief executive of #VoteProChoice, said in a statement. “It’s insidious for anti-choice lawmakers to use a time of crisis to restrict abortion and reproductive care when every moment matters greatly to the patient’s ability to access the service.”

This attempt to imperil the health of women in Ohio is an abuse of power by @OhioAG David Yost. https://t.co/JrEAX1qI5z

Last year, Ohio passed one of the most restrictive abortion laws in the United States, banning the procedure around when a fetal heartbeat can be detected, or roughly six weeks in to pregnancy—a time by which most women do not know they are pregnant. Ohio has been at the vanguard of anti-abortion politics for decades, becoming the first state in 1995 to ban so-called “partial-birth abortion,” and requiring patients to have two in-person doctor’s visits before scheduling an abortion.

Yost, a Republican elected as Ohio’s top prosecutor in 2018, said last year that he would “vigorously” defend the state’s restrictive heartbeat bill from a legal challenge. In July, a federal judge in Cincinnati issued an injunction preventing the ban from taking immediate effect.