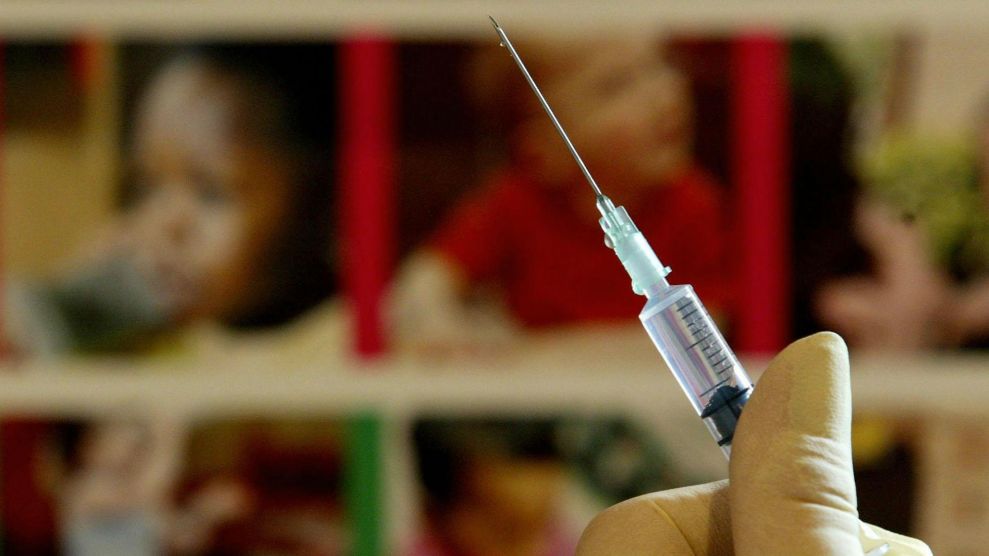 “We hope to see a reduction in the prevalence and severity of COVID-19 symptoms in healthcare workers receiving the BCG vaccination,” Professor Nigel Curtis, a clinician-scientist who leads MCRI’s Infectious Diseases Research Group, said in a press release. Similar trials are underway in the Netherlands, Bloomberg reports.

The BCG vaccine, first administered in 1921, was developed to protect against tuberculosis but has been shown to treat other conditions as well, like bladder cancer. “We wouldn’t be doing this if we didn’t think that this might work,” Curtis told Bloomberg. “We cannot guarantee that this will work. And of course, the only way to find out is with our trial.”

Studies also suggest that receiving the BCG vaccine early in life may protect children from other, unrelated infections later on. As I reported earlier this year, the BCG vaccine is just one of several vaccines to show “off-target” effects:

In a 2015 meta-study, researchers analyzed hundreds of thousands of hospitalizations in Spain that occurred between 1992 and 2011 and found that 10- to 14-year-olds who had received the BCG vaccine at birth saw nearly 70 percent fewer hospital visits due to non-tuberculosis infections than those who had not. In 2018, a study of more than 3,000 hospitalized adults in New Zealand showed that having previously gotten the flu shot decreased the severity of illness and hospitalization time for people who ultimately contracted the flu—even for strains they hadn’t been protected against. The average vaccinated patient, the study found, spent four fewer days in the ICU for flu-related infections than their unvaccinated counterparts. (The flu vaccine also reduces your risk of hospitalization in the first place.) And in 2019, a small study led by researchers in England suggested that the typhoid vaccine, made with a weakened form of salmonella, might also help combat the flu by giving the immune system a “boost” to fight other pathogens.

Scientists aren’t exactly sure why some vaccines seem to have positive, unintended consequences (and this particular field studying “off-target” effects is controversial among experts). But in 2012, researchers published a landmark study involving the BCG vaccine that suggests a possible mechanism—here’s how Mihai Netea, a professor at Radboud University in the Netherlands and an author of the study, described it to me: When you get a live vaccine for a disease, certain cells in your body can “bookmark” instructions for how to fight the pathogen in their DNA. When a similar pathogen comes along, the cells “know exactly where to open the book.”

There is some early, population-level research to support the idea of using BCG vaccination to fight the new coronavirus: A recent study from researchers in New York shows that countries with universal BCG vaccination have seen fewer deaths from COVID-19 compared to countries without widespread BCG vaccination, like the United States and Italy. But, as the authors caution, this data is correlational; the paper is awaiting peer review.

It’ll take some time to know whether the BCG vaccine can actually help protect against the novel coronavirus, and Melbourne’s Royal Children’s Hospital has only just started recruiting volunteers from hospitals around Australia. But at this point, without a coronavirus vaccine, researchers are trying out every trick in the proverbial book. As Curtis put it,  “The clock is definitely ticking.”