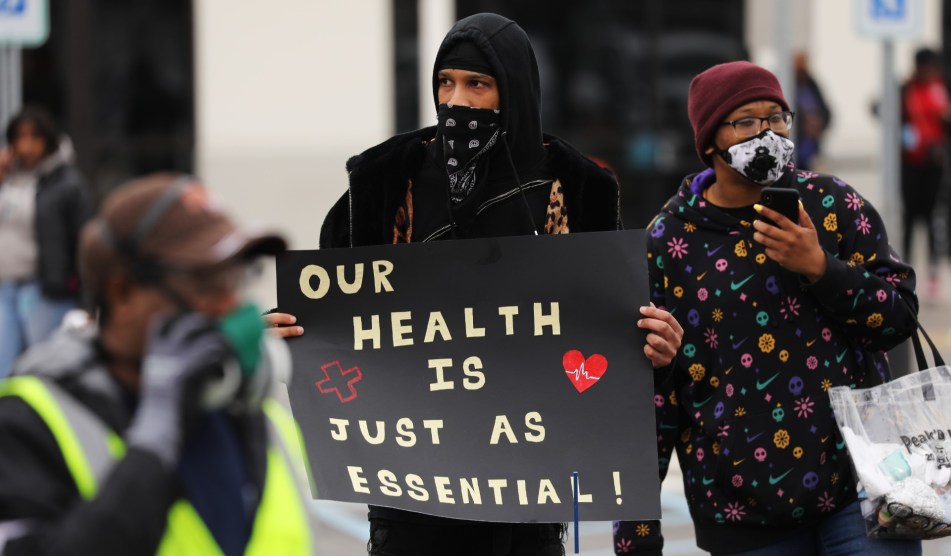 Hundreds of Amazon workers have pledged to walk out of the fulfillment centers where they work on Tuesday across the country in a nationwide protest demanding more protections during the coronavirus pandemic, including paid leave, face masks, and temperature checks. Tuesday’s strike is part of a growing movement of protests by blue-collar tech workers across industries pushing companies to put their workers’ wellbeing above profits.

United For Respect—an advocacy group that helped organize the strike and a member of the Athena coalition, a national network of organizations working to “stop Amazon’s injustices”—called it “the biggest mass action by workers yet.” Amazon, in a statement, called the numbers of protestors “grossly exaggerated.” The company said safety measures, including masks, temperature checks, and hand sanitizer, are “standard” across facilities.*

Workers are worried about contracting the virus at Amazon’s fulfillment centers, which are notorious for extreme work standards, and say that the increased demand for Amazon products due to shelter in place orders haven’t been met with sufficient safety protocols. Workers in over 130 Amazon facilities have tested positive for COVID-19, says United For Respect. And complaints with the Occupational Health and Safety Administration asking for probes of labor conditions have been filed in Minnesota and California.

As I reported last month, workers at a facility in Staten Island went on strike in protest of workplace conditions. One organizer, Christopher Smalls, was subsequently fired. (Amazon says this is because Smalls, who had been in contact with someone who tested positive for COVID-19, broke his 14-day quarantine by attending the protest.)

At a meeting of company executives attended by Jeff Bezos, Amazon General Counsel David Zapolsky said it would be good to have the news focus on Smalls instead of the company because, according to a memo leaked to Vice, “He’s not smart, or articulate.” (Zapolsky has since said his comments were “personal and emotional.”)

This morning, Smalls tweeted (from @Shut_downAmazon) a “friendly reminder.” A poster, it reads at the bottom: “they can’t stop all of us from fighting for the protections we need.”

*This post has been updated to reflect a statement by Amazon made after initial publication.