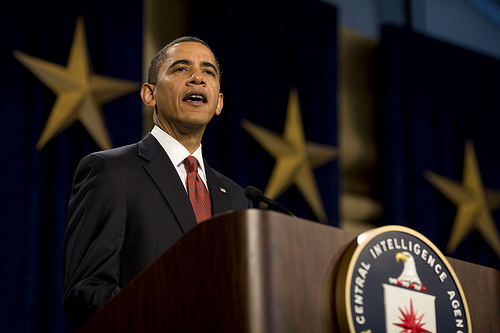 In a speech today to the powerful coalition the Business Roundtable, President Obama tried to rally some of the biggest players in the US economy around his plans to re-regulate the financial system—a system, he warned, “with the same vulnerabilities that it had before this crisis began.” Obama was speaking to the Business Roundtable at their quarterly meeting in Washington, and set aside a few minutes in his speech—which ranged from job creation to international trade to health care—to emphasize the need for reining in Wall Street and preventing the kinds of reckless risk-taking and outright gambling that fueled the subprime meltdown and the Great Recession. “If we don’t pass financial reform,” he said, “we can expect more crises in the future of the sort that we just saw.”

Here’s more from his speech calling on the need for greater—and smarter—financial reform:

[A]s I said in the State of the Union, my goal is not to punish Wall Street. I believe that most individuals in the financial sector are looking to make money in an honest and transparent way. But if there aren’t rules in place to guard against the recklessness of a few, and they’re allowed to exploit consumers and take on excessive risk, it starts a race to the bottom that results in all of us losing.

And that’s what we need to change. We can’t repeat the mistakes of the past. We can’t allow another AIG or another Lehman to happen again. We can’t allow financial institutions, including those that take your deposits, to make gambles that threaten the whole economy. What does that mean? It means we’ve got to ensure consolidated supervision of all institutions that could pose a risk to the system. It means we have to close loopholes that allow financial firms to evade oversight and circumvent rules of the road. It means that we need more robust consumer and investor protections.

And I ask the Business Roundtable to support these efforts. There are lobbyists on the Hill right now trying to kill reform by claiming that it would undermine businesses outside of the financial sector. That is not true. This is about putting in place rules that encourage drive and innovation instead of shortcuts and abuse. And those are rules that will benefit everybody.