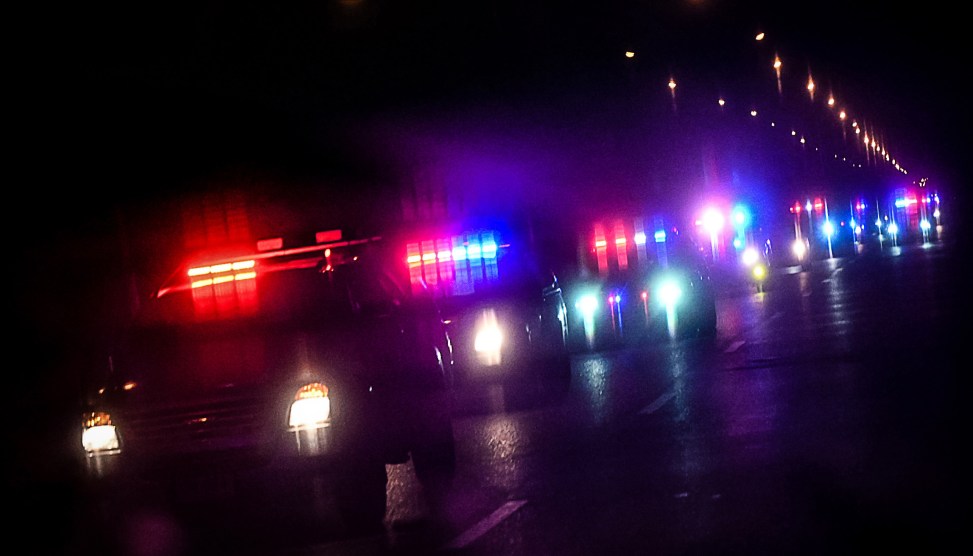 In the immediate aftermath of such horror, it’s challenging to think beyond the profound suffering of all the people victimized by a mass murder and to focus on the constructive. Yet, initial reporting on Thursday’s massacre of at least 38 people in northern Thailand, a majority of them children, has already revealed behavioral patterns from the perpetrator that are well-known to prevention experts and point to how future attacks can potentially be thwarted.

The case evidence made public so far underscores that violence of this kind doesn’t just burst forth from nowhere, despite the enduring myth that mass attackers are all insane and carry out rampages impulsively after they just “snap.” This was a planned attack in which the perpetrator, identified by Thai authorities as Panya Kamrab, a 34-year-old former police officer, used a knife and a pistol to commit lethal mass violence at a child-care center. Evidence of his planning and preparation will emerge with further police investigation, but the contours are already clear when viewed from the perspective of threat assessment. His known behaviors and circumstances fit into several of the eight broad areas of warning signs that I detail in my recently published book, Trigger Points: Inside the Mission to Stop Mass Shootings in America.

This analysis comes with some caveats: The security backdrop and other dynamics of a mass killing in Thailand may differ significantly from one in the United States for a variety of contextual and cultural reasons. With its population of about 70 million, Thailand is estimated to have at least 10 million privately owned guns, according to Australian researchers. There are far more such guns per capita in the United States, an estimated 400 million in total. Moreover, much about the perpetrator’s background and activity leading up to the attack is not yet publicly known. That said, here is how his attack fits into a distinct behavioral process—one that frequently includes warning signs noticeable to people around a perpetrator, and therefore can potentially be disrupted before it’s too late.

A case of mass murder-suicide

According to Thai authorities, after attacking his primary target, where he murdered at least 24 children, Kamrab sped away in a white pickup truck; he ran over additional victims en route to his home, where he then killed his wife, his child, and himself. One of the early findings from our groundbreaking Mother Jones database of mass shootings, created a decade ago, was that the majority of these perpetrators are suicidal. And in most cases, they signal their suicidal and homicidal intent through “leakage”—a term coined by FBI behavioral experts to describe the various threatening communications seen from serial and mass killers.

Thai authorities said that Kamrab was fired from the police force in June after being arrested for possession of amphetamines. The timing of his attack came in close proximity to a court appearance he faced this week in connection with the drug charge. In countless mass shootings historically, a major life stressor—job loss, divorce, expulsion from school, a financial or legal crisis—sets in motion attack plans developed by an individual who has spiraled into rage and despair and has come to believe that violence is the only way out. It’s highly likely that in the roughly four months between when Kamrab was fired in June and his court appearance close to the attack, he displayed multiple warning signs regarding his intent.

A personal connection to the attack site

The perpetrator’s son was enrolled at the facility where he struck. According to a regional police spokesman, Kamrab had gone looking for his child there and began his rampage when he failed to find him. In a majority of mass shootings, the perpetrator has some form of personal connection to the attack site. This pattern of motive holds significance for experts working threat cases—and is counter to claims often touted by pro-gun lobbyists that mass shooters select their targets supposedly based on those sites being “gun free zones.” (This unsupported claim also does not reflect the reality that most mass shooters are suicidal and therefore not seeking a safe place to open fire—many plan ultimately to be shot dead in the act by law enforcement.)

There is no indication yet whether the perpetrator in Thailand studied or took inspiration from previous mass attackers—but that’s more likely than not to be the case. Emulation behavior, another of the broad categories of warning signs, has grown significantly in the age of digital communications and increasingly spans the globe. Most influential in this equation is the enduring “Columbine effect”: the hundreds of cases in which shooters and plotters take inspiration from the 1999 school shooting in Colorado, the latest example of which was a school massacre in Russia in late September. Similarly, the mass shooter driven by racial hatred who struck in a Black neighborhood in Buffalo last May identified with a like-minded perpetrator who attacked two mosques in New Zealand in 2019.

Over the past decade, experts have debated to what degree mass shootings are on the rise in the US and elsewhere—the horrific attack Thursday at the child-care center comes two years after another then-unprecedented massacre in Thailand. The debate includes considerable disagreement over how even to define a “mass shooting.” (No perfect definition will ever exist.) The relative good news, however, is that through greater understanding of how mass shooters behave and why, there is in fact much more we can do to stop them.