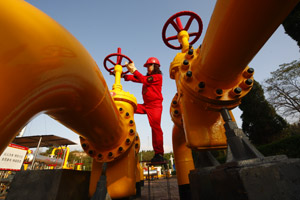 Climate policy is in a state of near crisis. Cap-and-trade is dead in US politics for now. Analysts and advocates, focused for so long on that approach, are largely bereft of credible alternatives. It has become fashionable to advocate instead for energy innovation or for “making clean energy cheap.” But unlike cap-and-trade, these are not policies: They are goals. Advocates of energy innovation—and advocates for cap-and-trade—need to put new policies on the table.

As Shellenberger and Nordhaus point out, government support for clean-energy innovation is essential to bringing down the cost of cutting emissions, and to making meaningful carbon pricing more politically palatable down the road. Alas, the political prospects of increased government support for clean-technology innovation are weak in the near term. Congress has little appetite for new spending; even the gambit of supporting energy innovation through the defense budget, which should be tried, may fail in an austere fiscal environment. Tax incentives hold more political promise, but they may also be tougher to target effectively.

I see no reason to reinvent long-term climate policy in reaction to short-term political and economic trends. Rob Stavins argued persuasively last month that cutting emissions by 80 percent by 2050 cannot be done in an economically acceptable way without pricing carbon. Cutting emissions that deeply will require changes in every part of the economy. Support for technology development will not spare the government the task of disincentivizing high-emissions activities. Carbon pricing is the only way that government can stay out of the messiest details.

But there is also no reason to believe that the first steps toward curbing emissions are complex enough to require a carbon price. Why? Cutting emissions by 80 percent requires intervening in most of the economy, but cutting them by 10 or 20 percent does not.

The question, then, is: What policy changes make sense in the near-term, while keeping carbon pricing as the longer-term goal? A two-pronged attack, focused both on technology development and on directly restraining emissions, makes sense.

Government support for investment in innovation will be crucial. But the United States must also start curbing its emissions now. Washington should focus first on policies that will deter capital-intensive investment in long-lived sources of greenhouse gas emissions, like coal-fired power plants and gas-guzzling trucks. Failing to do that will lock in emissions for a long time, even if policies eventually change: It is very difficult for cleaner technology, no matter how cheap, to displace expensive, recently installed equipment.

This requires policy on both supply and demand. The US government needs to ensure that new power plants use less-polluting fuels or are less capital-intensive. In particular, it cannot screw up shale gas with regulation that is either excessive or unwisely lax. Absent strong new government incentives for zero-carbon electricity, cheap gas is the best near-term substitute for investment in coal-fired power plants. Moreover, since gas-fired power plants are cheap, it will be easier for zero-carbon technologies to eventually push them aside. The administration should also explore the possibility of a political deal that prudently strengthens nuclear power, which consistently attracts Republican enthusiasm, though no one should count on success.

Washington should also attempt to curb energy demand, which would reduce the need for new energy-generating equipment. But a broad push on energy-efficiency regulation, particularly for buildings, will be politically tricky. Vehicle fuel-efficiency standards, where the executive branch already has significant power without congressional action, should be a priority.

But policymakers should not rewrite their long-term strategies to obey the so-called “Iron Law,” the mantra Shellenberger and Nordhaus invoke that argues no country will sacrifice economic development to tackle climate change. There is no evidence that publics oppose all policies that might crimp economic growth: A simple look at the US tax code, farm subsidies, and earmark spending makes that clear. The biggest economic barrier to climate action is political, not macroeconomic. When the costs of taking action are clear and concentrated but the perceived benefits are murky and diffuse, forces opposed to new policies will usually succeed in thwarting progress. That, combined with the financial crisis, a deep recession that has intensified individual uncertainty, and harshly partisan politics, is what killed cap-and-trade, and that is what strategists must keep in mind as they craft new approaches.

The United States needs to move forward, even if haltingly. It should be honest, though, about the limits of its new approach.