Ever since humans first tamed a friendly wolf, we’ve been shaping animals to conform to our needs and wants. Just look at a Siberian husky next to a poofy, orange Pomeranian. Science journalist Emily Anthes’ new book, Frankenstein’s Cat, explores animals created by molecular genetics or wired up to electronics, but, she says, the ethical questions that come along with these futuristic critters are not completely new.

Anthes considers herself an animal lover—she shares her author photo with her pooch, Milo—and the book works through her thoughts on animal welfare and science.

From pretty glow-in-the-dark pet fish to goats that make anti-diarrhea milk, biotech animals cover an incredibly broad range. “Biotechnology sometimes get talked about as if it’s this monolithic entity that only has one meaning, like all genetic engineering is ethically the same,” she says. “We really need to start looking at individual cases and applications and highlight them.” So Anthes and I talked about some animals that may soon be found (and in some cases are already found) in pet shops, grocery stores, and research labs near you.

1. A neutered dog with prosthetic balls.

Neuticles—little silicon balls meant to replace the ones snipped out in neutering—are neither new or technologically advanced. And these purely cosmetic devices are more for the owner’s benefit than the dog’s. Anthes was interested in what Neuticles said about our desire to sculpt animal bodies—made all the more possible with biotechnology. “Neuticles are a very clear projection of human bodies on animal bodies,” she says. “We’re not alleviating a dog’s anxiety; we’re alleviating our own anxiety about changing a dog’s body. It’s an interesting example of how hard it is to untangle our own interests with a dog’s interests.” Also interesting to note: A study of Australian dog owners found that men are twice as likely than women to believe neutering alters a dog’s “maleness.”

2. How many dogs have to suffer for one clone? 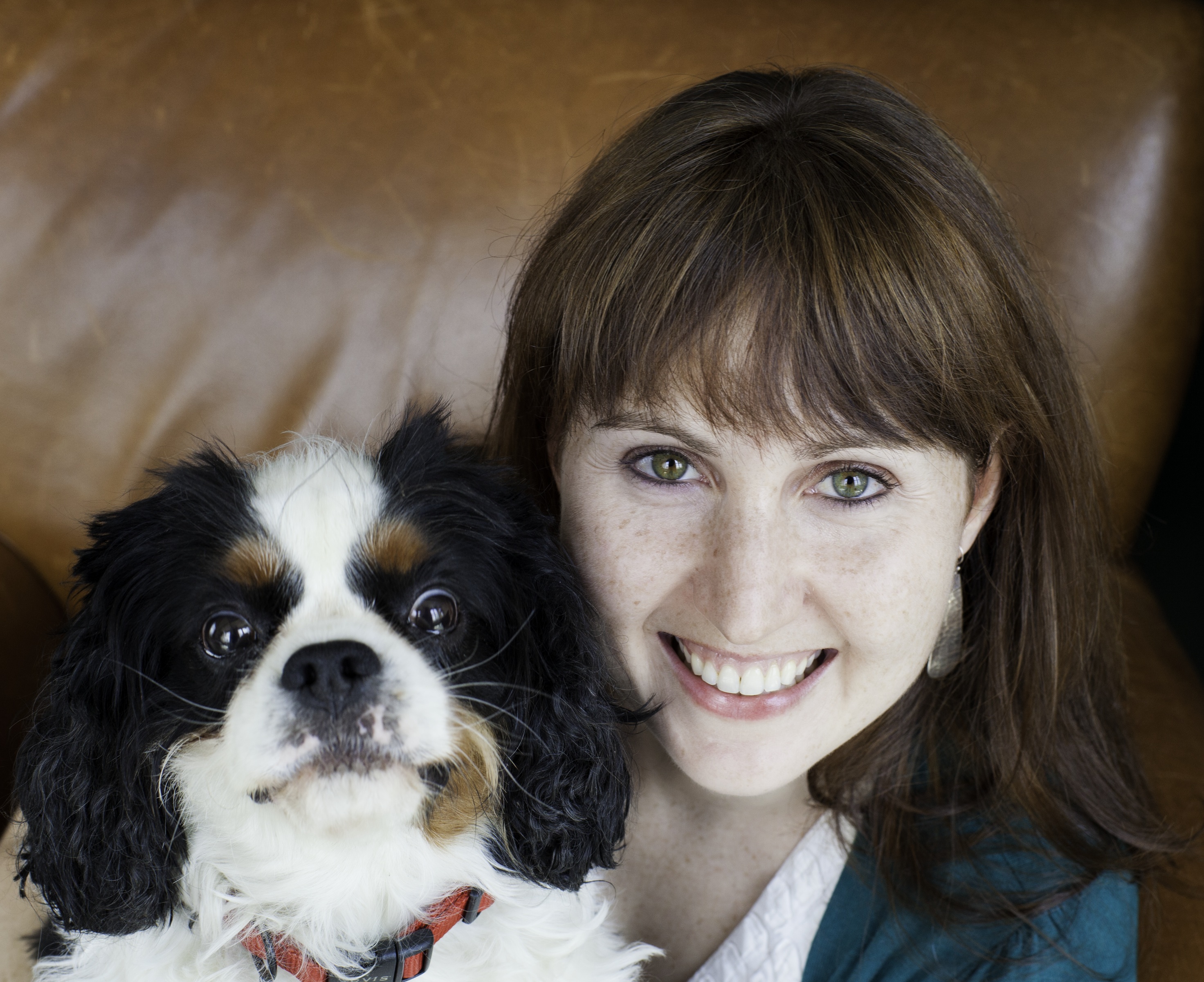 To clone a single dog in 2005, South Korean researchers harvested eggs from hundreds of female dogs and placed the fertilized embryos into more than a hundred surrogate dogs. Two puppies were born, and only one lived. Given the surplus of adoptable dogs in the world, making so many suffer for a single clone hardly seems defensible. (Cat lovers might be interested to know that a biological quirk makes it easy to mature cat eggs in a petri dish, so egg harvesting is slightly less awful in cats.)

Technology aside, pet cloning forces us to consider that it means to love a pet. When I asked Anthes she would clone her dog in a world where all technical problems were gone, she still said no. “I think one of the things about pet ownership is forming these relationships, and they’re all their unique little beings.” Most pet owners seem to agree. BioArts, a pet cloning company that tried to auction off five dog cloning spots, only sold four and closed in 2009.

When National Geographic held its TedxDeExtinction event last month, headlines teased with majestic, charismatic creatures like wooly mammoths. But wooly mammoths might be the worst application of cloning to conservation. A lonely cloned mammoth in the 21st century would not have anything remotely close to a natural life—not to mention its Ice Age habitat no longer even exists on Earth. “The idea of bringing back some long dead creature is understandably sexy,” Anthes says. “I just question what the motivation is. To bring back the wooly mammoth would just be for humans. We shouldn’t kid ourselves…It’s not just impractical, it’s a little bit selfish.” Just because we can de-extinct wooly mammoths—to be clear, we can’t given our current technology—doesn’t mean that we should.

While wooly mammoths are sexy in headlines, there are limited and more practical uses for cloning in conservation. In her book, Anthes visits the Audubon Center for Research of Endangered Species, where scientists are stockpiling the DNA of endangered animals. That modern day Noah’s ark could prevent species from becoming extinct in the future.

In 2006, DARPA issued a call for proposals to create insect-cyborgs, which it wanted to use for surveillance. Now imagine if it’d asked for cyborg dogs. “We have very clear species biases,” Anthes says. “There’s a hierarchy of animals and value that we assign to their lives. That’s just the way it is and is pretty innate in us.” Thus, our ethical concerns are guided by these emotional responses too: Cyborg beetles might be a little creepy, but a cyborg dog would raise our hackles.

These cyborg beetles, by the way, already exist. Michel Maharbiz at the University of California-Berkeley can stop and start the flight of his remote-controlled flower beetles with the push of a button. The set-up, which controls specific muscles, is still pretty rudimentary; starting, stopping, and making rough turns about is all it can do.* But some version insect armies is probably hovering just off the horizon.

5. Why have a goldfish when you can have a GloFish? 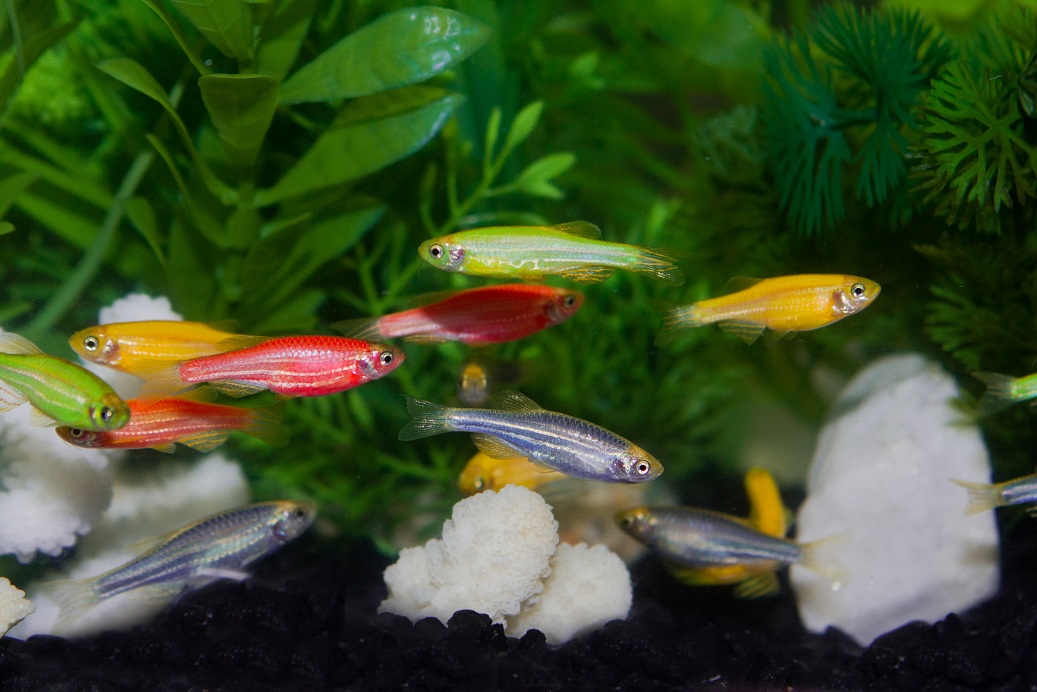 Electric Green, Starfire Red, Sunburst Orange—meet the effervescently named varieties of GloFish. These zebrafish with a glow-in-the-dark jellyfish gene encountered public resistance before they made it to Petco. When the FDA refused to regulate GloFish (as pets, they don’t fall under the agency’s purview), the nonprofits International Center for Technology Assessment and Center for Food Safety filed a lawsuit claiming these unnatural-looking fish could cause harm through “aesthetic injury.”

Anthes argues we’ve always changed how animals look to please ourselves: Just think of ornamental goldfish with big, bulging eyes that are nearly blind. While she thinks GloFish are pretty and pretty innocuous—she bought a handful for her apartment—the question of modifying animals for purely aesthetic reasons is not exclusive to genetic engineering. “The ethical issues that biotechnology raises are not new issues; the questions we are asking ourselves we should be asking ourselves not just of genetic engineering extend to what we’ve done to animals in past.”

Correction: An earlier version of this article didn’t fully describe the capabilities of the remote-controlled beetles.