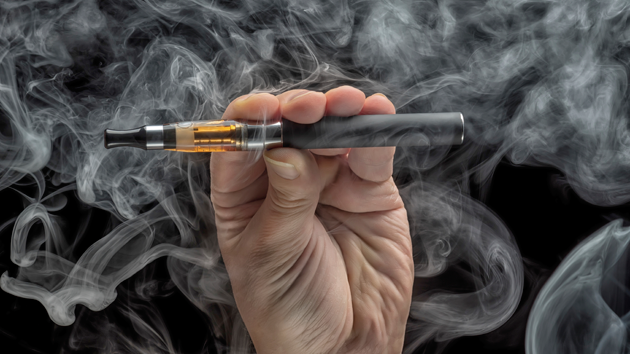 Yesterday, the Food and Drug Administration announced sweeping federal regulations for the burgeoning $3.5 billion e-cigarette industry, setting off a storm of reaction from both sides of the vaping debate. Here’s what you need to know:

What do the regulations do? The rules, which go into effect in 90 days, regulate e-cigarettes, hookahs, cigars, and other tobacco products in the same way the FDA regulates conventional cigarettes. Sales to people under 18 are prohibited, and buyers will have to show photo ID. (Many states have already taken this step, including California, which just passed a law raising the age for purchasing any tobacco product, including e-cigarettes, to 21.) But here’s the most contentious part: E-cig producers will be required to go through a lengthy registration and safety review process with the FDA, providing lists of ingredients—including potentially harmful additives—manufacturing details, and evidence that the product is safe. Manufacturers will have up to two years to sell their products while readying their applications, and up to one additional year while the FDA reviews them.

What’s been the reaction so far? Public health advocates are mostly pleased. Matthew Myers, president of the Campaign for Tobacco-Free Kids, called it a “critical first step,” but not enough. Notably, the new regulations don’t address all those tasty-sounding e-cigarette flavors—like Mango Tango, Peppermint Bark, and Vanilla Mocha Frappe. And studies show such flavors are a huge draw for kids. “It does not restrict e-cigarette marketing, which often mimics tactics long used to market regular cigarettes to kids, nor does it take strong steps to prevent online sales of e-cigarettes and refill liquids to youth, despite studies showing many online vendors have inadequate age verification,” Myers said in a statement.

The vaping industry, meanwhile, is panicking. “This regulation would destroy the vapor products industry and hand the market to Big Tobacco,” says Greg Conley, president of the American Vaping Association. “It’s prohibition.” Conley argues that because the FDA registration is so onerous—regulatory consulting agency SciLucent LLC estimates the applications will cost manufacturers millions of dollars per product to complete—small producers will go under. This, he worries, would leave only tobacco industry brands such as blu (Imperial Tobacco), VUSE (Reynolds American), and MarkTen (Altria).

What does the science say? There are loads of conflicting studies. And while e-cigarettes are almost certainly safer than conventional cigarettes, many scientists agree nonsmokers should think twice before taking up the habit, since the long-term effects of vaping are unknown.

According to the Centers for Disease Control and Prevention, 16 percent of high-schoolers reported using them in the last 30 days—up from 1.5 percent in 2011. “We want parents to know that nicotine is dangerous for kids at any age, whether it’s an e-cigarette, hookah, cigarette, or cigar,” CDC Director Tom Frieden said last month. “Nicotine exposure at a young age may cause lasting harm to brain development, promote addiction, and lead to sustained tobacco use.”

On the other hand, the Royal College of Physicians, a prominent UK medical group, just published a report saying e-cigs have enormous potential to reduce smoking. “This is the first genuinely new way of helping people stop smoking that has come along in decades,” John Britton, who led the committee that produced the report, told the New York Times. E-cigarettes “have the potential to help half or more of all smokers get off cigarettes.”

Can we expect pushback from Congress? Yep. Last month, anticipating the rules, House Republicans introduced legislation that would exempt existing e-cigarette products from the lengthy review process. Rep. Tom Cole (R-Okla.), who authored the bill, calls the regulation exemplary of the “nanny-state mentality.”