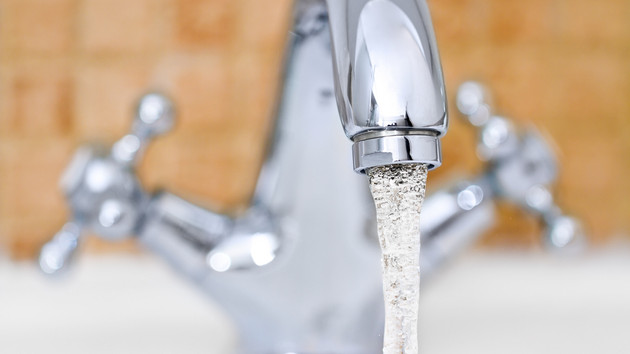 Since news broke of the Flint crisis, lots of readers have asked for tips on how to avoid lead contamination in their own water. And for good reason: Lead pipes and plumbing are still relatively common in America, and water testing for the contaminant is notoriously spotty.

Until the mid-1900s, lead was a go-to material for plumbing and service lines—the pipes that connect the city’s main pipes to each home. It wasn’t until 1986 that the US Environmental Protection Agency, recognizing the element’s disastrous effects on kids’ brains, mandated that all new solder, plumbing, and service lines be “lead-free.” The catch is that the rule doesn’t apply to buildings constructed before 1986, and “lead-free” was defined as 8 percent lead until 2014, when a new policy kicked in that lowered that number to 0.25 percent.

Under the Safe Drinking Water Act, utilities are supposed to test water for lead in high-risk homes—and if more than 10 percent of homes have higher levels than the federal standard of 15 parts per billion, utilities have to notify customers and take action. But until this February, when the EPA clarified its policy, many utilities had protocols in place that misrepresented the results, says Erik Olson, a senior director at the Natural Resources Defense Council. Some avoided testing older homes that likely had lead plumbing or discounted high results that skewed the average. Some would tell customers to flush out the water the night beforehand, releasing lead particles before the sample was taken. Some collected water in sample bottles with narrow tops; when the sample is collected at a trickle, it is less likely to carry particulates with it. In response to the crisis in Flint, the EPA clarified its water testing protocols in February, though the guidance is not legally binding.

According to Olson and Marc Edwards, the Virginia Tech researcher who helped expose the crisis in Flint, virtually all of us should take precautions to avoid lead—especially those who are pregnant or have young kids. Here are some tips they passed along:

Get a lead water filter. Filtering lead out of the water you drink and cook with is probably the most important thing you can do, and it’s relatively easy. There are a number of different kinds of filters—ones that attach to the faucet, counter, pipes under the sink, or a water pitcher. Those that are certified by NSF International, a private organization that rates water filters, are a good bet; standard faucet attachments cost about $25 at a place like Target or Home Depot. Though many filters are designated effective for lead levels up to 150 parts per billion, Edwards notes that the filters tend to be “very effective” at higher levels. Keep in mind that the filters require regular replacements.

Get your water tested for lead. This can help determine if lead is a problem, but there’s a big caveat, says Edwards: Lead particle release is sporadic, so even testing multiple times doesn’t necessarily prove you’re in the clear. Still, lots of local utilities or health departments will test water for a small fee. If you’d rather have a third-party tester, Healthy Babies Bright Futures, a nonprofit partnering with Virginia Tech, offers mail-in lead tests for $65 and has discounts if that’s outside your budget.

Live in an old home? Check your service line and plumbing. Both lead service lines and plumbing were banned in 1986, but they are particularly common in houses built before the 1950s. While some cities, like Madison, Wisconsin, and Lansing, Michigan, have been proactive about replacing lead service lines, the American Water Works Association estimates that some 6 million homes still have them. Utilities are supposed to keep track of houses connected by lead lines, but in many cities record-keeping is haphazard. (In Flint, the information was kept on 3-by-5 cards until this year.) If the service line is lead, replacing it is possible but pricey, particularly since some utilities only replace the parts that are on public land.

To check your plumbing, Olson recommends a DIY test: Go to your basement or wherever else you’ll find a bare water pipe and scratch it lightly with a coin. If the pipe is the color of a penny, it’s copper—good! But if it looks like a nickel, it’s probably lead. Replacing the plumbing, unfortunately, is also expensive. For those who don’t have tens of thousands of dollars to spend, the experts strongly recommend using regularly maintained water filters.

Whether the home is old or new, check the faucet. Most faucets are lined with brass on the inside, and until 2014, that brass could be up to 8 percent lead. If you find lead in the water and it’s not coming from other plumbing, replacing the faucet could help—and it’s a relatively cheap fix.

Flush out the water after it’s been sitting for a few hours. As a reporter covering water shortages I feel conflicted giving this advice, but Olson and Edwards recommend running the water for about a minute in the morning before drinking it to avoid potential contaminants that have built up overnight. This won’t solve the problem altogether—particularly if you have lead pipes—but it can help.

Clarification: The original version of this article has been modified to incorporate further comments from Marc Edwards.