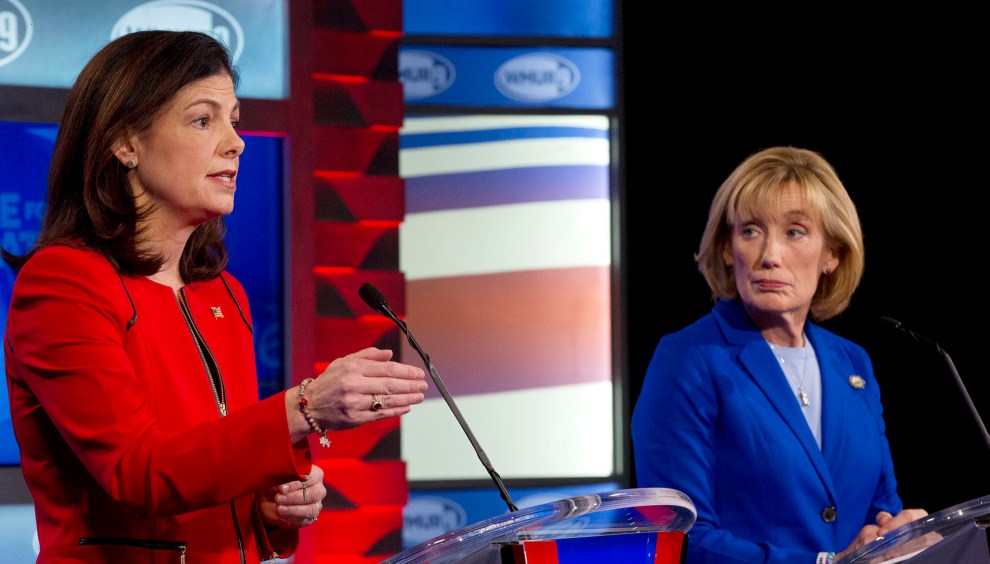 Unlike nearly every other Senate contest in the country, the New Hampshire race featured a Republican who has been outspoken about the need to combat climate change. Kelly Ayotte, the incumbent, was one of just five GOP senators to vote for a resolution acknowledging that humans are a significant cause of global warming, and she was the first GOP senator to come out in support of President Barack Obama’s Clean Power Plan. But that wasn’t enough to keep her seat; she was narrowly defeated by Democratic Gov. Maggie Hassan.

Ayotte’s environmental moderation earned her the ire of some on the right and even resulted in her potentially missing out on millions of dollars in independent ad buys from groups affiliated with the Koch brothers, according to the Intercept. But Hassan argued that Ayotte’s climate advocacy was too little, too late. Back in 2010, when Ayotte first ran for Senate, she told the editorial board of the Portsmouth-Herald that although there was evidence to show human activity affects climate change, “I don’t think the evidence is conclusive.” The same year, Ayotte signed onto a pledge sponsored by the Koch-backed group Americans for Prosperity, promising not to vote for any climate change legislation that would increase taxes. During a debate last month, Hassan criticized Ayotte for having “doubted whether climate change was real.”

“I was the first Republican in the country to support the president’s Clean Power Plan,” Ayotte shot back. “I’ve crossed party lines, even taken criticism from my own party to protect New Hampshire’s environment, and that goes back to my time as [state] attorney general.”

Environmental advocacy groups didn’t buy Ayotte’s rhetoric, and they threw their support behind Hassan, who as governor committed New Hampshire to an agreement to reduce greenhouse gas emissions by 80 to 95 percent below 1990 levels by 2050. Hassan said that combating climate change would be one of her top priorities should she win the Senate seat. In an interview this week, Melinda Pierce of the Sierra Club emphasized her group’s support for Hassan, arguing that Ayotte’s previous record on climate issues didn’t back up her recent positioning. “You can’t choose to green yourself up on one issue if the rest of your voting record doesn’t support broad action on climate change,” Pierce said.

NextGen Climate Action, a group run by billionaire Tom Steyer, spent more than $420,000 campaigning against Ayotte, according to the Center for Responsive Politics. NextGen sought to reach millennial voters by targeting ads on social media platforms, apps like Tinder, and X-box Live, according to Kate Corriveau, press secretary for NextGen in New Hampshire. The group also sent field teams to campuses across the state hoping to motivate students to vote.