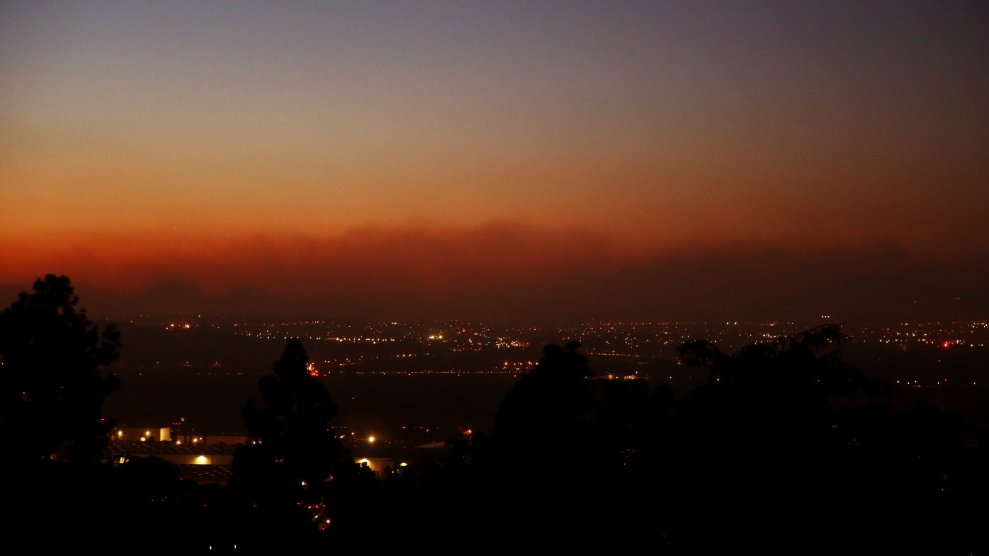 This story was originally published by The New Republic. It appears here as part of the Climate Desk collaboration.

Much of the Republican Party has long denied the science of climate change—that humans are causing the planet to warm. They’ve been less willing, historically, to deny the science of air pollution, which states that breathing in soot is bad for humans. But norms have changed since Donald Trump became president. For the last year and a half, fringe theories once promoted only by tobacco lobbyists and the very far-right have seeped into the offices of the Environmental Protection Agency. Now, those theories could soon be reflected in official EPA regulations intended to protect the public’s health.

A story published Monday in environmental policy outlet E&E News details the evidence. “After decades of increasingly strong assertions that there is no known safe level of fine particle exposure for the American public, [the] EPA under the Trump administration is now considering taking a new position,” reporter Niina Heikkinen wrote. “The agency is floating the idea of changing its rulemaking process and setting a threshold level of fine particles that it would consider safe.” (She’s referring to particulate matter that is 2.5 micrometers or less in diameter, small enough to penetrate deep into the circulatory system and potentially infiltrate the central nervous system. PM2.5 is the main component of soot.)

Under these changes, which are being considered by EPA acting administrator Andrew Wheeler, PM 2.5 would no longer be considered a “non-threshold pollutant”—one that causes harm at any level of exposure. Instead, it would become a “threshold pollutant,” or one that causes harm only above a certain exposure level. Wheeler is considering this change most likely because it would help him to legally justify repealing the Clean Power Plan, a set of Obama-era climate regulations to reduce greenhouse gas emissions from coal plants.

Wheeler must prove that Obama’s policy would do more harm than good. Obama’s EPA had argued that the Clean Power Plan would reduce PM2.5 pollution, thus creating from $13 billion to $30.3 billion in public health benefits. This figure made up about half of the Clean Power Plan’s stated benefits. If Wheeler changes the official designation of PM2.5, the EPA’s position would be that breathing in small amounts of soot has the same impact as breathing in none. Thus, many of Obama’s predicted benefits would be erased.

This goes against nearly all mainstream scientific research on air pollution. But Wheeler might be able to make it official EPA policy anyway. That’s because in April, the EPA’s disgraced former administrator, Scott Pruitt, proposed a new rule to limit how science can be used at the agency. Championed by a former tobacco lobbyist, the rule prohibits the EPA from using research that includes confidential data about human subjects—effectively disqualifying much of the research showing how air pollution damages public health.

The scientific community is pushing back against the agency’s so-called secret science policy. On Tuesday, the entirety of Harvard University—its law school, medical school, school of public health, and all its teaching hospitals—wrote in an extensive letter that the “rule will wreak havoc on public health, medical, and scientific research and undermine the protection of public health and safety.” The school warned that the EPA’s rule could disqualify high-quality science that supports some of the EPA’s strongest regulations on lead, arsenic, hormone-disrupting chemicals, and—of course—air pollution.

Wheeler hasn’t yet decided whether the EPA will change its position on PM2.5. If he does, air pollution denial will become US policy for the first time.