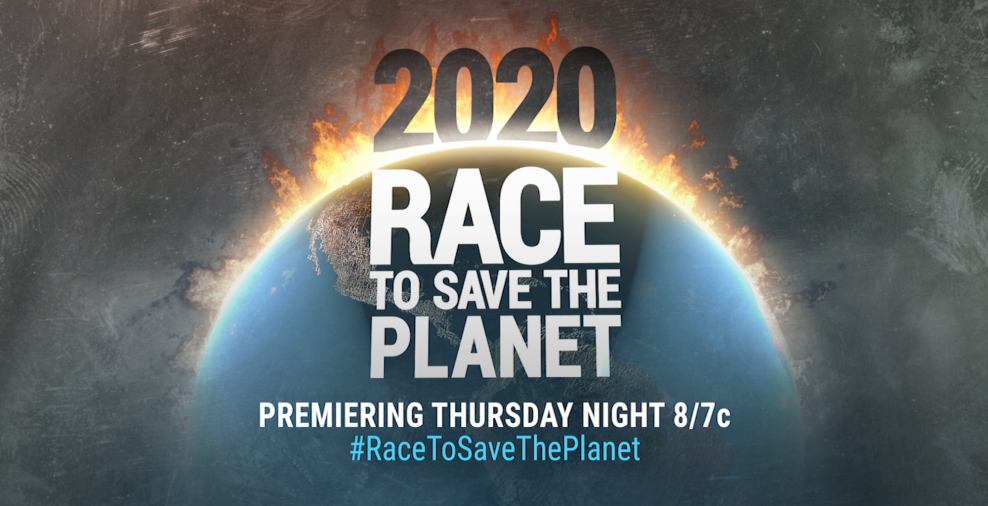 Over the summer, the Democratic National Committee rejected calls to focus one of its dozen formal debates on the single issue of climate change. The outrage and disappointment from advocates and candidates was immediate: They argued that what could be considered the most important issue facing any president should not be given short shrift.

In April, we were the first media outlet to write about the possibility of a debate on climate change. The DNC justified their position against one by arguing that there would be no single-issue debates at all. But the campaign for a climate debate remained strong, given the long history of the presidential debate moderators paying little attention to the issue. When there were still 25 Democratic presidential hopefuls, I contacted all of them asking if they would support such a debate and nearly all said they would.

Then Washington Governor Jay Inslee, whose entire campaign was focused on addressing climate change, told us he was considering defying the DNC anyway. (He didn’t.) It got us thinking how Mother Jones and The Climate Desk, a collaboration of 18 national and regional outlets, could focus the conversation around the climate crisis. As it turns out, our partners at The Weather Channel also had been wondering the same thing.

Soon other news outlets announced plans for town halls and other forums, but we figured we should be doubling down on our strengths to do something a little different. We wanted to avoid the predictable approach, and instead meet the candidates in communities they chose that had been impacted by climate change, talking to them there with Weather Channel meteorologists and Climate Desk reporters about how they’d address the climate crisis, and have more thoughtful, even personal, conversations. The six Democrats and three Republicans selected places that had directly experienced flooding, hurricanes, wildfires, and other impacts of extreme weather.

Too often politicians discuss climate change as if it is some problem that looms in the future, often reflecting on what this will mean for their grandchildren. And they’re usually doing so in front of crowds indoors, at a podium or on a stage. We wanted to break past the stale talking points and give the candidates a chance to explore the issue through their proposed plans, but also through storytelling.

The project took us to the floodplains of Charleston, South Carolina; South Bend, Indiana; and Dubuque, Iowa, as well as Paradise, California, which was devastated by the Camp Fire almost exactly a year ago. We talked about environmental justice in Anacostia, a neighborhood in Washington, D.C., and sea-level rise in Boston.

We’ve learned a few things from this project. Climate change is personal, and it’s also varied. Every candidate has some individual experience and perspective that they bring to confronting the effects of this phenomenon. Another lesson has to do with covering the climate crisis generally: The best journalism to address a story of this scale often should be collaborative—something we anticipate doing more of with our Climate Desk partners.

On November 7th at 8/7c, The Weather Channel will air our new special, 2020: #RaceToSaveThePlanet.

We speak with eight presidential candidates about the mounting issue of climate change. pic.twitter.com/Va6t4RMuVc

Also keep an eye on this space, which we’ll keep updated with stories, a special Mother Jones podcast, and more.

In a Devastated Town, Sanders Explains His Plan for a Climate Revolution

The Climate Crisis Will Hit Hard in Mayor Pete’s Lifetime. Here’s His Plan to Fight It.

From CityLab: Pete Buttigieg’s Climate Vision: Local Fixes For a Planet in Crisis

And from CityLab on Beto O’Rourke, before he dropped out: Beto O’Rourke’s $1.5 Trillion Climate Plan Is Serious on Environmental Justice

Now it’s your turn: Do you have a question you’d like to send to Jamilah before she goes live Thursday night, or for our climate team to dig into after the special? Fill out the form below and help us understand what matters most to the Mother Jones community.