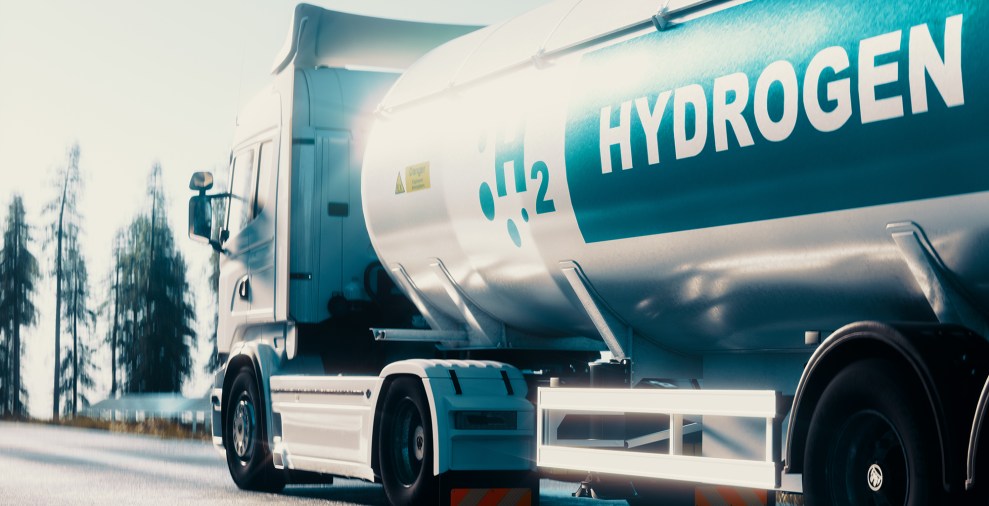 The large infrastructure bill passed by the US Senate and hailed by Joe Biden as a key tool to tackle the climate crisis includes billions of dollars to support a supposedly clean fuel that is potentially even more polluting than coal, new research has found.

The $1 trillion infrastructure package, which passed with bipartisan support on Tuesday, includes $8 billion to develop “clean hydrogen” via the creation of four new regional hubs. The White House has said the bill advances Biden’s climate agenda and proponents of hydrogen have touted it as a low-emissions alternative to fuel shipping, trucking, aviation and even home heating.

But a new study has found surprisingly large emissions from the production of so-called “blue” hydrogen, a variant being enthusiastically pushed by the fossil fuel industry and probably falling under the definition of clean hydrogen in the Senate bill.

Blue hydrogen involves splitting gas into hydrogen and carbon dioxide and then capturing and storing the CO2 to ensure it doesn’t heat the planet. But this process involves the incidental release of methane, a potent greenhouse gas, and uses a huge amount of energy to separate and then store the carbon dioxide, some of which escapes anyway.

This means that the production of this hydrogen actually creates 20 percent more greenhouse gases than coal, commonly regarded the most polluting fossil fuel, when being burned for heat, and 60 percent more than burning diesel, according to the new paper, published in the Energy Science & Engineering journal.

“It’s pretty striking…I don’t think we should be spending our funds this way, on these sort of false solutions.”

“It’s pretty striking, I was surprised at the results,” said Robert Howarth, a scientist at Cornell University who authored the paper alongside Mark Jacobson, a Stanford University researcher. “Blue hydrogen is a nice marketing term that the oil and gas industry is keen to push but it’s far from carbon free. I don’t think we should be spending our funds this way, on these sort of false solutions.”

The Hydrogen Council, a group that includes the oil companies BP, Total and Shell among its members, has said that hydrogen has a “key role to play in the global energy transition” by replacing more polluting fuels, predicting it will account for 18% of total energy demand by 2050.

Dozens of gas companies in the US have started producing hydrogen or testing its viability in existing gas pipelines, which some climate campaigners have said is a step towards entrenching fossil fuel infrastructure at a time when the world, as outlined by Monday’s Intergovernmental Panel on Climate Change (IPCC) report, needs to rapidly move to net-zero emissions.

But others are more upbeat about the use of hydrogen to help lower emissions in some stubbornly polluting sectors. “Hydrogen is not a panacea or a silver bullet, but it appears to be critical for decarbonization of ‘hard-to-electrify’ sectors such as long-haul heavy trucking, international marine shipping and some parts of heavy industry,” said Mike Fowler, director of advanced energy technology research at the Clean Air Task Force.

There is a form of “green” hydrogen that involves producing hydrogen from water using only renewable energy, but this option isn’t explicitly chosen for funding by the infrastructure bill, which still needs to pass the Democrat-held House of Representatives.

The bill includes “massive giveaways to fossil fuel infrastructure that is incompatible with serious climate action.”

“We look at that bill and see massive giveaways to fossil fuel infrastructure that is incompatible with serious climate action,” said Carroll Muffett, chief executive of the Center for International Environmental Law. “Congress went out of its way to not specify green hydrogen and so this funding just helps prop up the fossil fuel industry. The potential of these technologies is being routinely overstated even as the impacts are being understated.”

The latest IPCC report, which warned of “irreversible” impacts if emissions aren’t drastically cut, identified methane, produced from oil and gas drilling and animal agriculture, as providing a huge contribution to current global heating. If methane, a short-lived but very powerful greenhouse gas, was cut by around half this decade, it would shave 0.3 C off the increase in global temperature by 2040.

Progressive Democrats hope that methane, as well as other greenhouse gases, will be more comprehensively tackled in an upcoming $3.5 trillion reconciliation bill that will include far stronger climate measures than the infrastructure legislation.

“This budget resolution will be a generational investment in the future of our people and our planet,” said Ed Markey, a Democratic senator who helped craft the Green New Deal alongside Alexandria Ocasio-Cortez.