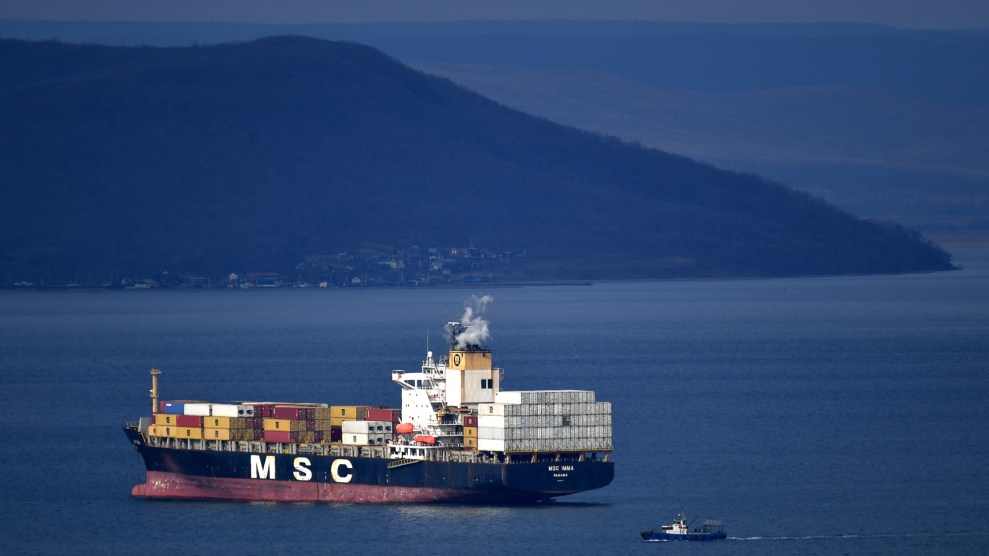 Up to 40 world leaders are due to make “ambitious and concrete commitments” towards combating illegal fishing, decarbonizing shipping and reducing plastic pollution at what is billed as the first high-level summit dedicated to the ocean.

One Ocean summit, which opens on Wednesday in the French port of Brest, aims to mobilize “unprecedented international political engagement” for a wide range of pressing maritime issues, said its chief organizer, Olivier Poivre d’Arvor.

“It is essential,” Poivre d’Arvor said. “The climate has its Cop process but there is no equivalent for the ocean, at a time when man’s relationship with the marine world has become more and more toxic, and global heating is causing extreme change.”

Convened by the French president, Emmanuel Macron, as a highlight of France’s six-month EU presidency, the three-day summit will also focus on efforts to improve governance of the high seas and coordinating international scientific research.

Poivre d’Arvor, France’s ambassador for the north and south poles and marine issues, noted that the ocean covers more than 70 percent of the Earth’s surface, is a vital climate regulator, rich in resources, key to trade and an essential link between nations.

“But it’s routinely left aside in major summits, and is now under serious threat from a whole range of different pressures. So this initiative is about raising international ambition and getting concrete, measurable commitments to tangible action,” he said.

Poivre d’Arvor, a keen sailor who recently published Voyage en Mers Françaises (Travels in France’s Seas), said France was the world’s second-biggest sea power after the US, with exclusive economic zones totaling almost 4.3 million square miles. “There aren’t many countries that have legitimacy on this, but France is one of them,” he said. “There is a role for ‘blue diplomacy’ in a host of areas, from piracy to pollution to overfishing and carbon storage. I think that’s what interests the president.”

Poivre d’Arvor said more than 55 countries would be represented in the Brittany port, with 18 or 19 heads of state and government attending in person and about the same number taking part by live video link or sending recorded messages.

The summit will also bring together big shipping companies such as Maersk, CMA CGM, and Hapag-Lloyd, which account for nearly 55 percent of the world’s maritime freight, as well as leading scientists, non-governmental organizations, policymakers, and international bodies.

“The principle is that those that are attending are coming with commitments,” Poivre d’Arvor said. “The president of the European Commission, Ursula von der Leyen, will announce EU-wide commitments. This is not about debating, it’s about doing.”

The first two days of the summit are devoted to 30 public workshops and forums on topics including marine science, the Mediterranean, sustainable shipping, green ports, and cities at risk from rising sea levels, involving about 300 researchers, entrepreneurs and representatives of international organizations including the UN.

The high-level summit on Friday morning will involve heads of state and government from all five continents, Poivre d’Arvor said, including leaders of several major world economies, although he would not be drawn on names.

NGOs and campaigners have said the summit must deliver in several key areas if it is not to be seen as an exercise in “blue-washing”.

NGOs and campaigners have said the summit must deliver in several key areas if it is not to be seen as an exercise in “blue-washing.” Many, including Greenpeace, have said the most pressing problem is governance of the high seas—waters outside of national economic exclusion zones, which cover about half the globe.

Here, the main goal is to protect biodiversity and marine ecosystems and make progress on some kind of legal order before a UN international conference in New York in March 2022. Campaigners have said they expect to see the summit produce “ambitious targets and solid progress” towards that meeting.

Deep-sea exploration—below 200 meters—is another controversial topic, with mining companies, in particular, starting to show an interest in rare minerals, including nickel and cobalt, beneath parts of the ocean floor.

France abstained from voting on a call at last September’s IUCN world conservation congress for a moratorium on deep-sea mining and Macron has since said he favors more deep-sea exploration. The Deep Sea Conservation Coalition has said France must formally back the mining moratorium, likening biodiversity at the bottom of the ocean to that in tropical rainforests.

Credible pledges to place 30 percent of the world’s marine habitats in protected zones—compared with the current 7.7 percent—by 2030 is another international target campaigners want reinforced at the summit, as are concrete steps to tackle overfishing, a politically sensitive subject that some fear may not even be raised by the heads of state.

NGOs including the Antarctic and Southern Ocean Coalition, Sea Shepherd, Greenpeace, the High Seas Alliance Environmental Justice Foundation wrote to the French newspaper Le Monde on Monday to demand “major political announcements that will allow significant progress for the health of the global ocean”.

They called on delegates to “express their full support for the conclusion of a strong, ambitious and legally binding treaty for international waters in 2022,” as well as for a political decision to relaunch consultations with Russia and China and measurable progress on overfishing.

“Decision-makers at the summit have a real political opportunity to raise the importance of the ocean’s health in international policymaking,” the signatories wrote. “The time is no longer for words and observations; the solutions exist, and all that is missing is the political will to put them in place.”