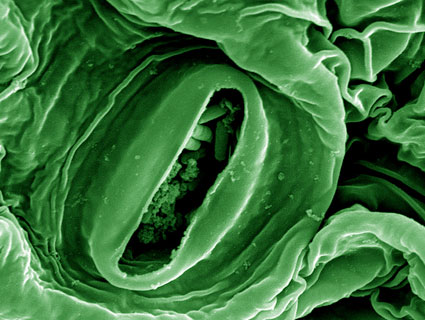 Yesterday, I pointed to Cargill’s latest salmonella-tainted turkey problem and wondered whether the USDA and other regulatory watchdogs would ever bare their fangs against the meat industry’s power and recklessness with public health.

As if in response, the agency let loose a formidable growl. It announced it had ramped up oversight of the industry and its habit of sending out ground beef tainted with various strains of E. coli.

In the past, the USDA had classified only one strain of E. coli, known as 0157, as an “adulterant,” making it illegal to sell. The deadly E. coli strain earned its outlaw status after the infamous Jack in the Box outbreak of 1993, which sickened 700 people and killed four.

In the years since, six other E. coli strains have risen up—and now account for two-thirds of E. coli sicknesses, reports Food Safety News. Neither the USDA nor the meat industry tested for them; people got sick. Back in June, Michele Simon laid out the decade-plus history of outbreaks from non-0157 E. coli strains and the USDA’s failure to address the problem.

All of that will change with the new rules. Inspectors will now test for the pathogens, and meat from any samples that test positive will be banned from being sold raw and have to be diverted to cooked products like frozen dinners.

Predictably, the meat industry is shrieking in response. In an emailed statement (not available online), the American Meat Institute declared:

Imposing this new regulatory program on ground beef will cost tens of millions of federal and industry dollars—costs that likely will be borne by taxpayers and consumers. It is neither likely to yield a significant public health benefit nor is it good public policy.

This is nonsense. According to Food Safety News’ Helena Bottemiller, the USDA reckons the new testing rules will cost the industry no more than $10 million annually—a rounding error compared to the industry’s multibillion-dollar annual revenues. And in a Tuesday morning press conference, Agriculture Secretary Tom Vilsack told reporters that the rules would costs the USDA $500,00 and $750,000 annually—hardly a backbreaker for taxpayers. Seattle-based Bill Marler, a prominent food safety advocate who has pushed hard for the new rules, told ObamaFoodorama that the USDA’s move “will have a profound positive impact on public health in reducing foodborne illness.”

The USDA deserves praise for standing up the to meat industry on the so called “big six” non-0157 E. coli strains. But the fact remains that other deadly pathogens, including the antibiotic-resistant strain of salmonella that Cargill can’t seem to keep out of its ground turkey, aren’t treated as “adulterants,” meaning that neither companies nor USDA inspectors are obliged to test for them. Why the inaction? As the current case shows, the USDA moves glacially in matters that contradict the meat industry’s interests. But the case for outlawing resistant salmonella is strong.

Here’s how the USDA describes the form of salmonella that keeps getting into Cargill’s turkey:

The outbreak strain of Salmonella Heidelberg is resistant to several commonly prescribed antibiotics; this antibiotic resistance may be associated with an increased risk of hospitalization or possible treatment failure in infected individuals.

“Treatment failure” is, of course, a euphemism for “death.” Addressing the problem will require more than just testing for antibiotic-resistant pathogens or giving them “adulterant” status. It will also mean reckoning squarely with the ongoing disaster of routine antibiotic use on factory farms—something the USDA has cravenly avoided doing.

If and when it takes on antibiotic use, the meat industry’s main watchdog will show the public that it has a bite to back up its bark.