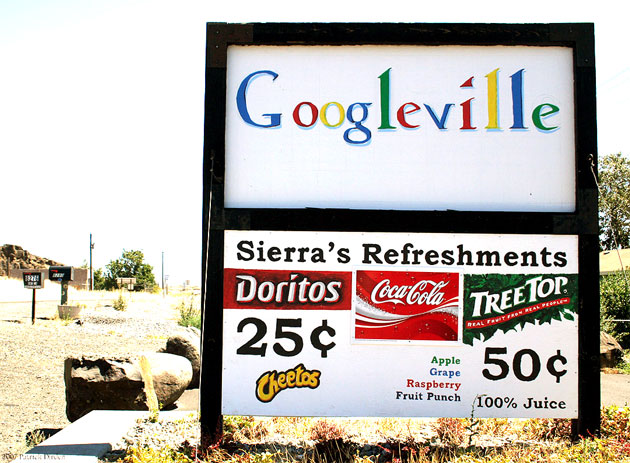 When all the big names in tech—Google, Twitter, Facebook, every website you visit regularly—got together and defeated the Stop Online Piracy Act last year, it was heralded as Silicon Valley’s political awakening. But Northern California’s particular strain of optimism and libertarianism doesn’t play well with the reality of DC politics. Just last month, Paypal founder Elon Musk pulled out of Mark Zuckerberg’s new political action group FWD.us after it ran ads in support of Arctic drilling.

Technology can change the world—for the better, as Silicon Valley likes to say. But it is still bound by laws and bureaucratic politics, and conflicts come up time and again, whether the task at hand involves laying underground cables, making Chicago a paperless city, regulating taxis, or attempting to create your own micronation.

For more longreads from Mother Jones check out our archive. And, of course, if you’re not following @longreads and @motherjones on Twitter yet, get on that.

New Yorker staffer George Packer grew up in Silicon Valley. Decades later he returns to find the shops along University Avenue replaced with headquarters of Google, Facebook, and PayPal. But even as America’s wealth has shifted to the West Coast, political power is a different story. Parker traces the libertarian strains of thinking in the Valley, which can seem uninterested in solving bigger problems:

“San Francisco is a place where we can go downstairs and get in a Uber and go to dinner at a place that i got a restaurant reservation for halfway there,” [Path founder Dave] Morin said. “And, if not, we could go to my place, and on the way there I could order takeout food from my favorite restaurant on Postmates, and a bike messenger will go and pick it up for me. We’ll watch it happen on the phone. These things are crazy ideas.”

It suddenly occurred to me that the hottest tech start-ups are solving all the problems of being twenty years old, with cash on hand, because that’s who thinks them up.

Also worth reading: this response by writer Steven Berlin Johnson (who is name-checked in the New Yorker piece)—and Packer’s response to that. For those interested in a historical (by tech standards) perspective, Paulina Borsook identified a similar problem in her 1996 essay “Cyberselfish.”

The Principality of Sealand is seven miles off the English coast and just 120 by 50 feet in total area. That’s right, feet. It’s best known as the home of HavenCo, a data haven for people who didn’t want to deal with pesky government regulations on what is and is not legal online—like WikiLeaks, which flirted with hosting its servers there. But that’s not all: This tiny self-proclaimed nation has an outsized history involving pirate radio broadcasters, Molotov cocktails, and a possibly staged coup led by a former diamond dealer. From Grimmelmann’s definitive history:

Our own Josh Harkinson went on a cruise with techno-libertarian seasteaders. Read about his voyage and take a trip through the brief history of micronations here.

Sasha Issenberg, author of 2012’s The Victory Lab, literally wrote the book on big data and modern politics. In this three-part series, he goes inside the machine that helped Obama secure the election:

Two years after Barack Obama’s election as president, Democrats suffered their worst defeat in decades. The congressional majorities that had given Obama his legislative successes, reforming the health-insurance and financial markets, were swept away in the midterm elections; control of the House flipped and the Democrats’ lead in the Senate shrank to an ungovernably slim margin…But for Democrats, there was bleak consolation in all this: Dan Wagner had seen it coming.

Okay, so Al Gore didn’t exactly invent the internet, but in 1995, he and Newt Gingrich were both trying to prove their digital chops on their way to the presidency. What did we talk about when we talked about the internet back in the ’90s? Heilemann writes:

And so it was that 1995 saw Newt Gingrich and Al Gore in a pitched competition to be America’s most digital politician. In a way, the contest is just the flashiest side of Washington’s new space race: the sprint for cyberspace. Where once the capital was interminably low-tech, now … well, it still is, but both parties are trying hard to get with (or, at least, to be perceived as getting with) the program. It’s comic. Republican presidential candidates boast of websites they can’t describe, let alone locate, while congressional Democrats call press conferences to claim that, on the Net if not the Hill, they’re still the majority party.

In this epic piece for Wired, the novelist and technophile Neal Stephenson chronicles the laying of the longest wire on Earth—a journey that takes him through three continents and the history of cables. We may think it’s all wifi now, but it’s still undersea cables that carry our 0s and 1s across continents.

Everything that has occurred in Silicon Valley in the last couple of decades also occurred in the 1850s. Anyone who thinks that wild-ass high tech venture capitalism is a late-20th-century California phenomenon needs to read about the maniacs who built the first transatlantic cable projects. (I recommend Arthur C. Clarke’s book, How the World Was One.) The only things that have changed since then are that the stakes have gotten smaller, the process more bureaucratized, and the personalities less interesting.

In 2011, Mayor Rahm Emanuel announced plans to make Chicago less reliant on paper. This is much easier said than done, as evident in Matt Stroud’s trip to the Illinois State Archives, which is still only scanning its documents into microfilm.

But you can’t just flip a switch to reverse paper systems in place for hundreds of years, can you? Adobe first released its Portable Document Format nearly 20 years ago, yet many private companies, nonprofit organizations, libraries, law firms, courts—and yes, major city governments such as Chicago’s—have yet to embrace a world reliant on PDFs and devoid of paper records. Mayor Emanuel has agreed to change that. Or at least to try. In 2011, he announced plans to spend $20 million on efficiency improvements including changes to make the city less reliant on paper.