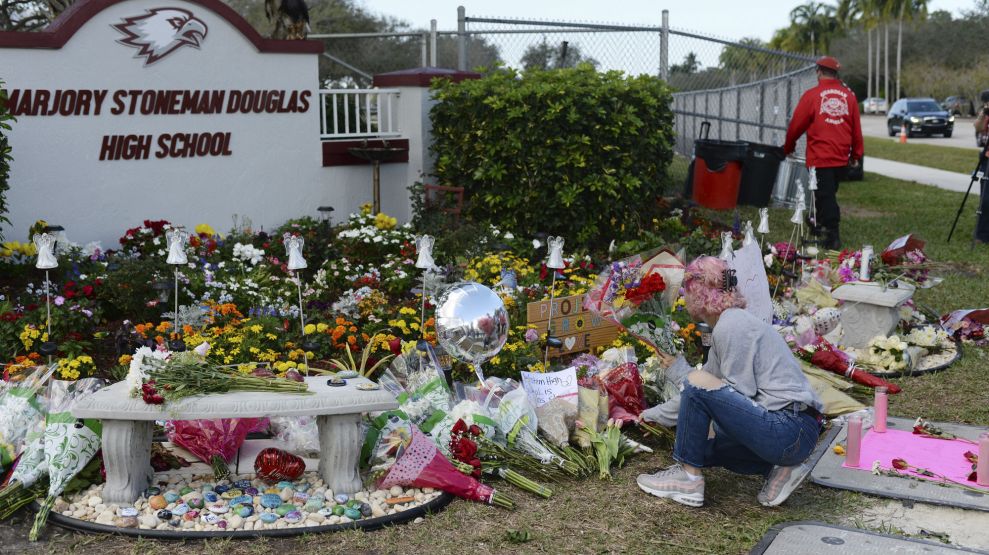 They were just teenagers. They were experiencing the most traumatic thing they had ever endured. But they kept reporting.

At this year’s Pulitzer Prize awards, administrator Dana Canedy singled out the student journalists of Marjory Stoneman Douglas High School’s Eagle Eye newspaper for their work chronicling the February 2018 massacre in Parkland, Florida. Students at the Eagle Eye applied for a Pulitzer, noting that its 44 student reporters and editors had to “put aside our grief and recognize our role as both survivors, journalists and loved ones of the deceased.”

“I want to break with tradition and offer my sincere admiration for an entry that did not win, but that should give us all hope for the future of journalism in this great democracy,” Canedy said at the start of the awards ceremony on April 15.

In an interview with the New York Times, Canedy added, “We’re in good hands with young people like this.”

Leni Steinhardt, one of the Eagle Eye reporters, said she was reluctant at first to write an obituary of one of her fellow students. But she decided, “I’d rather it be us telling the story than some other news reporter who doesn’t really have a connection to them like we do.”

Student editor Hannah Kapoor, who plans to remain in journalism once she starts college at Princeton this fall, called the effort “the most newsworthy work we’ve done and probably ever will do.”

Here are some other Recharge stories to get you through the week.