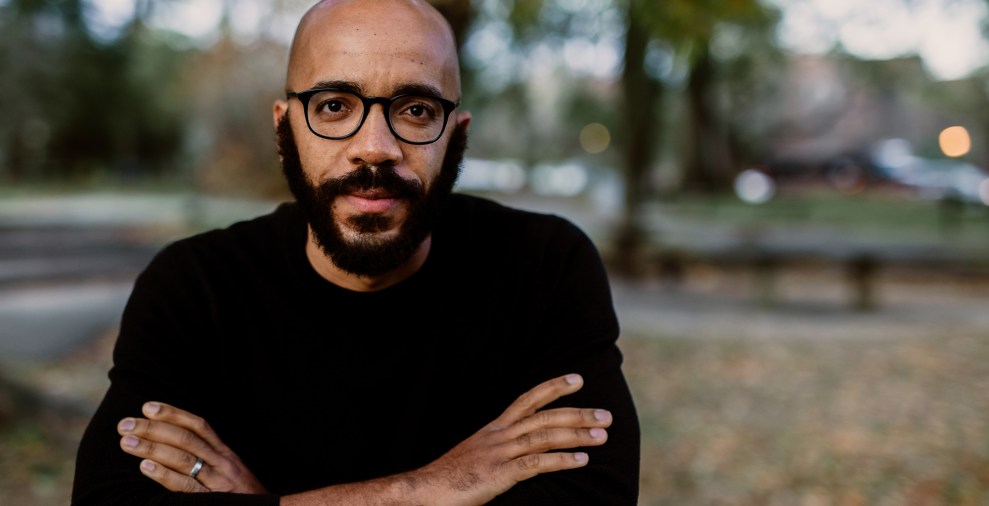 The topic of reparations came up a few summers ago over drinks with a longtime acquaintance—white, liberal, intelligent. It annoyed him, he told me, how some Black Americans blamed their economic travails on the legacy of slavery, which, after all, ended so long ago. I was surprised to hear this. Then again, it’s a common view, albeit one easily dispelled by reading up on the subject.

His ignorance reminded me of a James Baldwin quote. “Someone once said to me that the people, in general, cannot bear very much reality…,” Baldwin wrote in 1959. “They prefer fantasy to a truthful re-creation of their experience. People have quite enough reality to bear by simply getting through their lives, raising their children, dealing with the eternal conundrums of birth and taxes and death.”

Slavery, of course, was merely one phase of a long and violent campaign by white Americans to enrich themselves—and later to protect their political power and economic advantages—at the expense of the powerless. Beyond even the Black Codes, the Jim Crow statutes, the racial pseudoscience, lynchings, land seizures, and a 13th Amendment loophole that encouraged convict leasing and the groundless incarceration of the newly emancipated, virtually every government initiative designed to help families build intergenerational wealth—the Homestead Acts, the National Housing Act of 1934, the Social Security Act, the GI Bill, etc.—left Black people on the sidelines.

It’s hardly a coincidence that Black, Latino, and Native Americans still face discrimination in housing, education, and access to capital. They are overpoliced, but underrepresented in business and in local and national politics. They pay disproportionately high interest rates, taxes (including property taxes), and even auto insurance premiums.

In some cases, America’s past social engineering policies could be seen as a form of terrorism, protecting the economic, political, and social supremacy of white men over the indigenous, the formerly enslaved, recent immigrants and women—who, until 1974, couldn’t even secure a bank loan without a man’s signature.

Contrary to the lies we tell ourselves, the history of the United States is seldom glorious. It is invariably messy and often petty, ignorant, brutal, or shameful. We’ve had our glorious moments, sure, but our foundation, like that of a neglected 18th-century farmhouse, cries out for inspection (introspection?) and shoring up. Still, many Americans, including elected leaders, appear determined to press ahead in denial of our sins, blindly insisting on America’s greatness while ignoring all the warning signs that our grand experiment—in which all individuals were to have equal opportunity and a part in determining the collective fate—may be drawing to a close.

The oldest elephant in the room is the fact that America’s prosperity—North, South, and West—was built on a pair of atrocities: the mass displacement and genocide of Native Americans and the enslavement of Africans for profit. The legacy of that latter sordid business is the focus of Clint Smith’s bestseller How the Word Is Passed: Reckoning With the History of Slavery Across America, which came out in June and has been rendered all the more relevant by ongoing conservative attempts to dictate how history is taught to our children by raising the specter of white kids being “indoctrinated” by critical race theory.

Smith, a poet and magazine journalist, travels to destinations relevant to aspects of the transatlantic slave trade and its legacy, from Thomas Jefferson’s Monticello to the so-called House of Slaves in Dakar, Senegal. At each stop, he drinks in the scene and interviews docents, historians, locals, and tourists, interweaving these elements with his own experiences to explore how Americans of all races—and some Africans, too—are processing this difficult history. He visits Louisiana’s Angola Prison, attends a Juneteenth fest in Galveston, Texas, and tours Virginia’s Blandford Cemetery, one of the South’s largest Confederate burial sites.

One eye-opening chapter explores the prominent role of slavery in New York City. Readers who always thought the South was the bad guy will discover that there’s plenty of blame to go around, for even whites who opposed slavery, or claimed to, were among its beneficiaries. The North was codependent—and complicit—with the flourishing trade in human bodies and labor. Smith writes:

Money from New York bankers went on to finance every facet of the slave trade: New York businessmen built the ships, shipped the cotton, and produced the clothes that enslaved people wore. The capital in the North allowed slavery in the South to flourish…By 1822, more than half of the goods shipped out of New York’s harbor were produced in Southern states.

Some historical sites, Smith discovers, are doing much better than others at challenging visitors with a comprehensive historical treatment that includes nonwhite perspectives. Broadly speaking, we Americans are reckoning poorly, despite a year of seeing racial disparities laid bare by COVID and made visceral by the George Floyd protests.

Consider the critical race theory uproar. First off, it’s bogus: Most grade-school kids aren’t exposed to anything resembling a comprehensive, inclusive version of their history. And while the white parents picketing school boards say they don’t want their kids to feel bad about their skin color, what of all the nonwhite children who are made to feel self-conscious or inferior about their own skin color at school or work? Are we to leave them ignorant of the hell this nation inflicted on their ancestors? And do we deprive white kids of an honest view of our history simply because the complicity of their forebears might make them uncomfortable? As one source put it to me some time ago, “it’s important for white people to be uncomfortable.”

In a chapter about his visit to the Whitney Plantation in Wallace, Louisiana, Smith reflects on his own indoctrination in grade school:

I remember feeling crippling guilt as I silently wondered why every enslaved person couldn’t simply escape like Douglass, Tubman, and Jacobs had…Had they not tried hard enough? Didn’t they care enough to do something? Did they choose to remain enslaved? This, I now realize, is part of the insidiousness of white supremacy that illuminates the exceptional in order to implicitly blame those who cannot, despite the most brutal circumstances, attain superhuman heights. It does this instead of blaming the system, the people who built it, the people who maintained it…This is its own quiet violence.

In perhaps the book’s most unsettling episode, Smith returns to Blandford Cemetery to attend a Confederate Flag-strewn Memorial Day celebration at which, as a Black man, he’s a fish out of water. People share their views with him, however, and the stories these “Sons” and “Daughters” of the Confederacy use to rationalize the Lost Cause are but updated versions of the rhetoric that helped white Southerners put a quick and violent end to Reconstruction. More pressing today, their justifications evoke the ongoing Republican weaponization of misinformation—part of a racially fraught power grab that may well succeed, bankrolled by conservative elites and abetted by right-wing propagandists such as Fox News, Newsmax, and OAN.

Smith bolsters his travelogue with quotes and passages from academics and historians—he’s done plenty of homework. But the strength of the book over a straighter historical account is how the author, via his narrative of personal and intellectual discovery, delivers an uncomfortable payload pretty painlessly. Smith’s poetic flourishes in his descriptions of people and places are sometimes a bit much, but his readers will step away with a deeper knowledge of our past without feeling like they just studied for a final exam. Maybe that’s what my drinking partner needed.

For readers already well versed in the essentials, How the Word Is Passed still functions, amid the daily noise barrage, as a reminder of the truths of our most evil institution, and of the unending battle over who gets to tell America’s story.