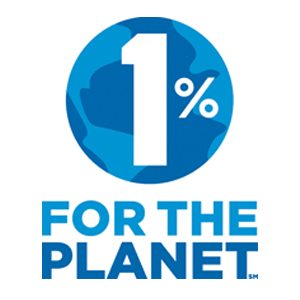 Eight years ago, two business moguls had an inspiration: Why not convince hip companies to donate a fixed portion of their sales to environmental causes? That notion evolved into 1% for the Planet, a network of firms that (as the name suggests) do just that. Early this year, the one-percenters expanded on that idea, releasing a CD of exclusive tracks that directly benefits environmental groups. We hooked up with 1% marketing VP Melody Grote to chat about the project, which involves the likes of Brandi Carlile, Jack Johnson, and Jackson Browne.

Mother Jones: Tell us a bit about 1% for the Planet.

Melody Grote: It’s an environmental nonprofit founded in 2002 by Yvon Chouinard, who founded Patagonia, and his buddy Craig Matthews, owner of Blue Ribbon Flies. They were out fishing one day and they said, “every time we do something good for the planet, it’s good business. And companies have a real role to play here—more of them should.”

They started within Patagonia with a simple model that all companies who are members give 1% of top-line sales to environmental nonprofits of their choice. It grew for a few years and gained momentum, and they said, “You know what? This should really live on its own. It’s got enormous potential.” Today, we have over 1,200 member companies in 38 countries. And the giving that’s been enabled by this company is about $50 million to date. Ironically, it makes us one of the biggest funders of environmental work around. Which tells us how much needs to be done.

MJ: How do companies get involved?

MG: Oftentimes they find us. We have had this wonderful trajectory over the last three years, with more than one new member company a day joining. It’s the power of the network. People like Yvon, and member companies like Patagonia, New Belgium Brewing Company, and Clif Bar. These companies are really role models. So companies hear about them and want to be sustainably minded and come to 1% because it’s such a clear, credible commitment.

MG: We saw early on the power of artists to inspire, and to reach audiences in ways that not everyone can. Our initial vision was, well, maybe we’ll create this compilation with 10 or so artists. We started down the road with the effort, and it was fantastic to see the passion for the artists around it. They were so excited, and before we knew it, we had 41 artists who had given us rare and exclusive music—so something you can’t find anywhere else, and gratis in support of the planet.

MJ: Did they come to you, or did you actively recruit?

MG: We actively recruited this time around because it was our first real footprint into the entertainment industry. The wonderful benefit already is we’re getting a lot of artists reaching out to us now, saying “Is there a Volume 2?”

MG: That is in the plan, yes. As far as exact timing, I can’t say. This one was certainly a labor in love—it probably took us a good year and a half. And we want it to just exceed expectations on every front, and bring something to consumers and businesses alike, where it makes it easy for them to support the plan. They can buy the music and hear artists that they know and love. And then we have this wonderful grassroots campaign online, where you can get the music and share it—put it on your blog, put it on your site, send it to your friends and family. And just by sharing, you increase giving exponentially.

MG: One of my personal favorites in Mason Jennings. He has one called “How Deep Is That River,” and that’s a great one. And G-Love’s (“Long Way Down”) is fantastic as well. And it’s really upbeat, so there’s a nice mix between mellow and high energy.

MJ: You said this was the first time you branched out into the entertainment world. Do you have other media-related plans?

MG: We actually just completed a short film as well. Our member company, Felt Soul Media, out of Telluride, Colorado, did a film called “Red Gold.” They told the story of 1% through the lens of  member companies. So they interviewed CEOs of Belgium Brewing and Cliffs Bar and founders from Patagonia. They basically pulled together the diversity in our network, from the mom-and-pops to the very large companies, having them tell the story of what it means to be a part of 1%. So that’s been fun.

MJ: How much have you raised with the CD so far?

MG: That is the magic question that we can’t quite answer yet, because sales reports come in quarterly increments. I can say that when we launched, we did a promotion with Amazon the first week. They offered it for $3.99, and that was a really big success and very fun, and preliminary estimates tell us five or six thousand dollars came in that week alone. And then it went on iTunes and was in the Top 50 there on their overall album chart. So we’re excited to see the numbers.

Jack Johnson and Paula Fuga perform “Country Road” from 1% for the Planet, Volume 1