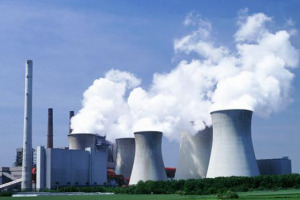 The Obama administration has embarked on a high-stakes gamble: devoting billions of dollars to an expansion of nuclear power in the hope of winning Republican votes for a climate bill. But in its eagerness to drum up bipartisan support for one of the hardest sells on Obama’s policy agenda, is the administration turning a blind eye to the financial risk?

Obama’s 2009 budget provides $54.4 billion in government-backed loans for new reactors—a long-cherished goal of nuclear advocates and their (mostly Republican) allies in Congress. Environmental and taxpayer protection groups oppose this plan—often citing a damning 2003 report by the nonpartisan Congressional Budget Office (CBO) that assessed a similar proposed program and predicted that the loans would have a default rate of “well above 50 percent.” The Department of Energy (DOE) argues that this study “is not germane to the current project” and says it has taken steps to avoid the financial pitfalls. But in interviews with Mother Jones, Obama administration officials refused to provide specific figures that would support their claim.

One way to gauge the possibility that a plant might go bust is to look at something called the credit subsidy rate. The term sounds horribly technical, but it’s basically DOE jargon for collateral. In order to win Uncle Sam’s backing for an expensive nuclear power plant, a company has to set aside a certain percentage of the loan in a DOE fund. This figure is, in theory, based on the probability that the plant will go belly up. So, the riskier the venture, the more money the company is supposed to throw into the pot. That way, if construction gets delayed or cancelled and the project can’t repay its loan on schedule, taxpayers won’t be stuck with the entire tab.

The problem? The Obama administration won’t disclose the risk involved with any of the proposed reactors it’s considering for loan guarantees. Credit subsidy rates are confidential business issues, says Jonathan Silver, head of the DOE’s loan guarantee program. Another senior administration official confirms that the subsidy rate is “not a number that’s being given out” and is “different for every single project.” The official will not even disclose the range of rates assigned to the plants under consideration for the program. Last month, the Obama administration offered the first loan guarantee of $8.3 billion to build two new reactors at the Vogtle plant in Georgia. It won’t say how much Southern Company, the utility that owns the plant, will be required to set aside in order to receive the loan—or whether the government has calculated a figure at all.

In a report in the news service Climatewire last November, industry sources described tensions between the Office of Management and Budget and Department of Energy concerning how much money companies should be required to pony up if they want access to a taxpayer-guaranteed loan. The nuclear industry, backed by the DOE, argued for 1 to 2 percent of the total loan; the analysts at OMB reportedly pushed for something in the 2 to 4 percent range. (Obama administration officials dispute this account of agency infighting.) Nuclear critics say that even a 4 percent contribution wouldn’t come close to protecting taxpayers in the event of a loan default, and that companies should have to pony up a larger sum upfront. The 2003 CBO study recommended a 30 percent subsidy rate to cover the risk that a project would go under.

In addition to being cagey about the risks involved with reactor projects, the administration has also been working hard to discredit the CBO’s 2003 prediction that the default risk on loan guarantees is 50 percent or more. DOE’s Silver called concern over that study “much ado about nothing.” That report, he said, “was a hypothetical for a non-existent plant with a hypothetical set of conditionalities around it.” The Vogtle plant, he argues, is a “real project with real power purchase agreements in place, real sums of money being required.”

It’s true that the CBO study is several years old. But critics of the administration’s nuclear policy say that no one has yet offered a better analysis of the risks. “Nothing has happened in the nuclear industry since 2003 that has proved that study to be incorrect,” says Peter Bradford, a Nuclear Regulatory Commissioner from 1977 to 1982 and now a professor at the Vermont School of Law. “The Obama administration hasn’t a clue what the current realities are, and neither does anybody else, because nobody [in the US] has built these plants in three decades.”

The administration also dismisses concerns about the rising price estimates for nuclear reactors. “I don’t think there’s that much uncertainty about what it’s going to cost to build,” says the senior administration official. Yet the red flags surrounding nuclear construction are numerous.

No one has broken ground on a new reactor in the US for thirty years, because costs for the first generation of nuclear plants spiraled out of control. The industry claims it has fixed the problems that led to those massive cost blowouts. Areva, the French nuclear giant, is building what it calls the flagship of a new generation of reactors in Finland. That project hit a wall last year after the anticipated price tag leapt by more 50 percent. Areva now refuses to even give an estimate of when the plant will be completed.

In the US, several proposed plants have run into trouble before they’ve even made it off the drawing board. Of the 26 applications for new reactors submitted to the Nuclear Regulatory Commission for approval in the past three years, nine have been canceled and 10 have been significantly delayed. Last month, one of the top candidates for a loan guarantee—a proposed plant in San Antonio—stalled after skyrocketing cost projections prompted one investor to bail on the venture. (This happened even after the project already had agreements in place to sell power to customers.) The Tennessee Valley Authority cut their plans for four new reactors down to one, due to financial concerns. The utility AmerenUE pulled the plug on a proposed reactor in Calloway, Missouri, after it failed in a bid to bill utility customers for the plant before construction had even started. Pending reactor projects in Florida have either been scrapped or thrown into question after the state public service commission rejected a request to raise rates in order to subsidize the construction.

Meanwhile, the first recipient of a DOE-backed loan, the Vogtle project in Georgia, hasn’t even been able to obtain a permit from the Nuclear Regulatory Commission due to safety shortcomings with its shield design. A spokesman for Georgia Power says it doesn’t expect final approval until the end of 2011.

And what has the administration received in return for its big nuclear push? So far, not much. After the DOE announced its plan to triple the loan guarantee program, the House GOP accused the Obama administration of being “anti-nuclear.” Longtime nuclear booster John McCain called the administration’s plan a “non-starter.” “You shouldn’t have to waste $54.5 billion in order to buy a few Republican votes,” says Jim Riccio, a nuclear policy analyst for Greenpeace USA. “They’re not going to play anyway.”

Bradford, the former nuclear regulator, observes that if the Georgia reactors alone defaulted, taxpayers could be left with a bill of as much as $8.3 billion. “If the Tea Party folks ever figure that out, the [DOE] building is going to be three floors deep in tea bags,” he says. “This administration desperately needs someone to point out that this emperor isn’t wearing any clothes.”