Since 1900, nearly two-thirds of all US presidential cabinet members have been certified frat boys. (And since 1825, all but three presidents have been bros.) So it was always more likely than not that Mitt Romney would tap an ex-frat house dweller as his running mate.

But someone this FaF?

If you’re looking to out-bro Republican vice presidential candidates of the past, you’re looking at steep competition. For instance, George H. W. Bush was an active member of Delta Kappa Epsilon at Yale, a Bonesman, head of the CIA, a torpedo bomber pilot in the Navy, and then went on to vomit on a foreign head of government and blast Van Halen at a Vatican embassy in order to flush out Noriega. Dan Quayle is also a Deke, and his wealthy family has something of a rowdy streak. And Dick Cheney institutionalized hazing as Bush administration policy.

Still, Rep. Paul Ryan (R-Wis.) gives them all a run for their money. Here’s a look at the ways in which Paul Ryan is the single frattiest VP candidate in modern American history:

1. He pledged at Ohio’s Miami University, freshman year, 1989: Let’s start with obvious: Ryan is a brother at the 96-year-old Gamma Upsilon chapter of Delta Tau Delta—which makes him brothers with actor Will Ferrell, Dan Abrams, and Matthew McConaughey. 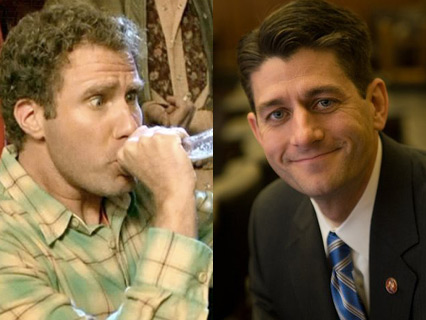 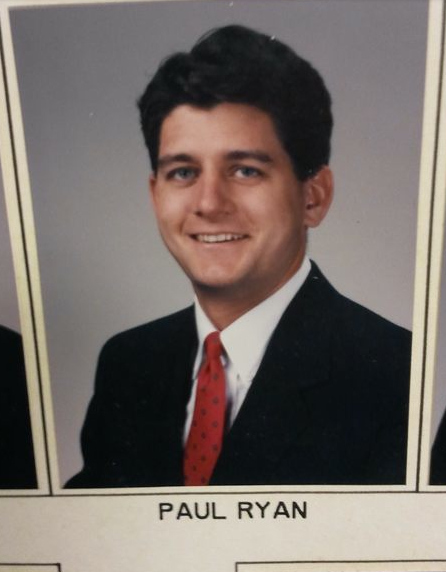 Ryan was a “Delt who [had a fondness for] turtlenecks,” as CNN described his college years. “Pretty damn cool to say that a VP candidate was raging in the same fraternity house as me 20 years ago,” tweeted one Miami undergrad.

2. The congressman raked in the campaign cash from Fraternity and Sorority PAC: Between 2006 and 2010, FSPAC contributed nearly $25,000 to the Ryan campaign. In return, Ryan backed three pieces of legislation that would have created tax loopholes for the development and expansion of Greek housing at college campuses. For all that effort and cash, none of the three bills were signed into law. (FSPAC did not respond to requests for comment.) 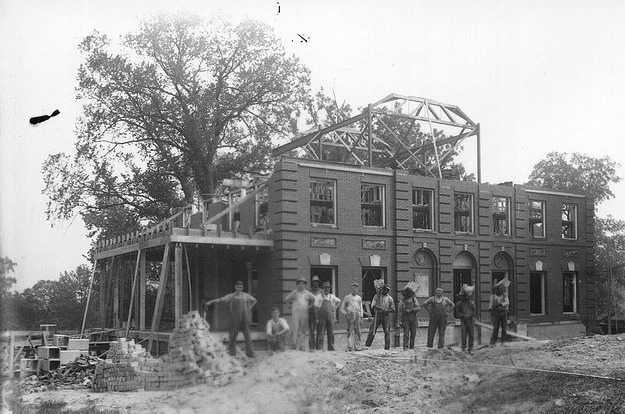 You didn’t build that, bro. Digital Collections/Flickr3. Paul Ryan is in the pocket of Big Keg Stand: The Wisconsin Republican swims in beer money. Since 1998, Ryan has taken in $75,000 from the National Beer Wholesalers Association, a trade group that reps over 3,000 American beer distributors (and has the licensed beverage industry’s largest PAC). In that decade and a half, Ryan co-sponsored five pieces of (again, unsuccessful) legislation to slash taxes for brewers, distilleries, and consumers (national health epidemic and car crash/pedestrian injury/fist-fight/assault rate-spike be damned). 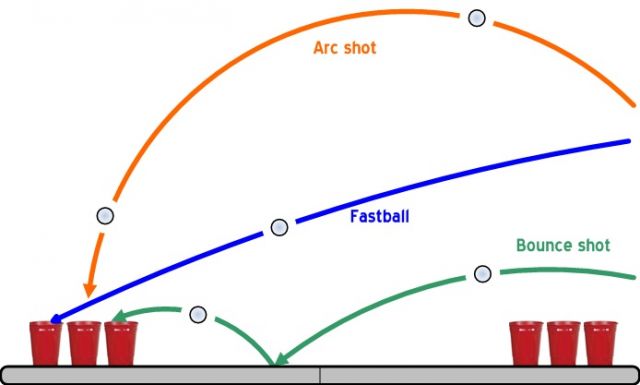 Something on which the regulatory burden of government has weighed for far too long. Wikimedia Commons

4. This photo (which we’ve modified somewhat): 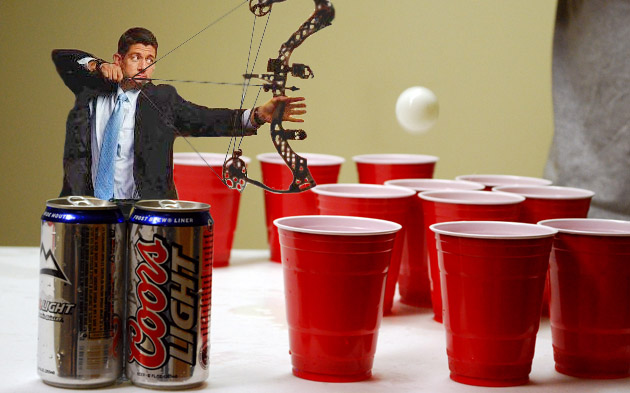 Being an avid hunter, Ryan has been a close congressional ally of the bowhunting and archery industry. He’s backed a couple of bills smiled upon by the industry, including the Archery Revenue Reform and Opportunity for Workers Act (ARROW… get it?), which would “amend the Internal Revenue Code of 1986 to modify the taxation of imported archery products” like the gigantic Rambo-style bow and arrow pictured above.

The Ryan-sponsored H.R. 5394 [PDF] lowered the excise tax on arrow shafts, and Ryan was once honorary chair of the Archery Trade Association.

Also, he likes to compare public speaking to the art of bowhunting, so there’s that. 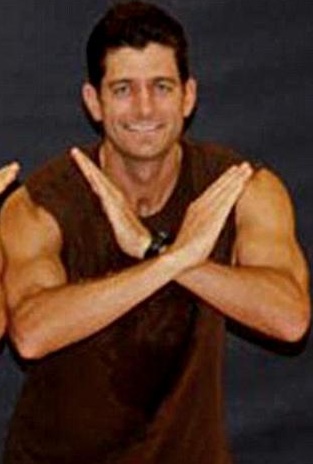 For fun, Mr. Ryan noodles catfish, catching them barehanded with a fist down their throats…”They come up on your hand, and you just squeeze wherever you are in that fish and pull it out,” he said with a shrug, bragging about the 40-pounder he landed two seasons ago. “I know it sounds a little crazy, but it’s really exhilarating.” 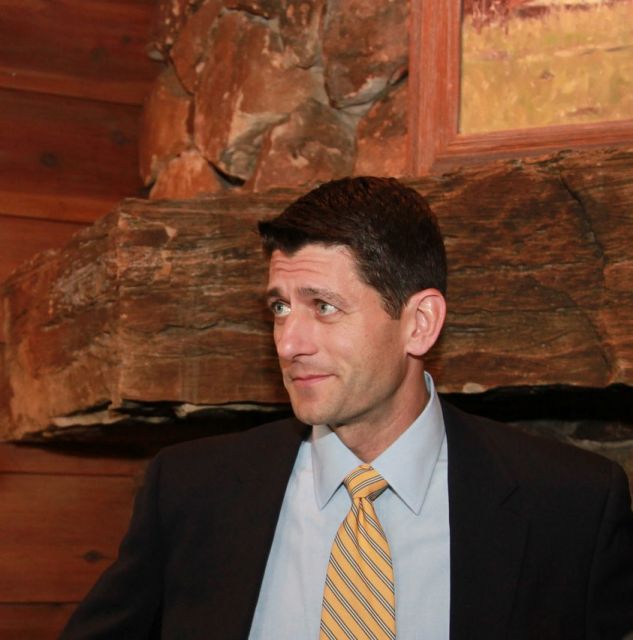 6. Ryan was a walking high-school stereotype: The guy was a soccer star, student council chief executive, and prom king.

7. He was born with a silver spoon in his mouth: Ryan’s got old and new money aplenty—old money courtesy of a big-league “construction company founded by Great Grandpa Ryan” in 1884.

All of the above is starting to remind me of something but I can’t quite put my finger on what….

You know the perception folks have about dudes in fraternities: That they suck down expensive cigars by the case, vote Republican, and only chase after the thin, blonde, white, right-wing, pretty girls?

Leaving a bar because it isn’t blonde enough. #TFM 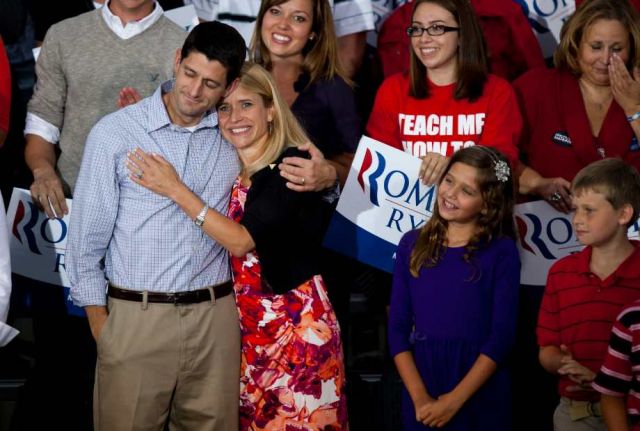 To top things off, Ryan proposed to her at one of his favorite fishing spots: Big St. Germain Lake in Vilas County, Wisconsin. (The happy couple have been known to kill wildlife together, side-by-side.)