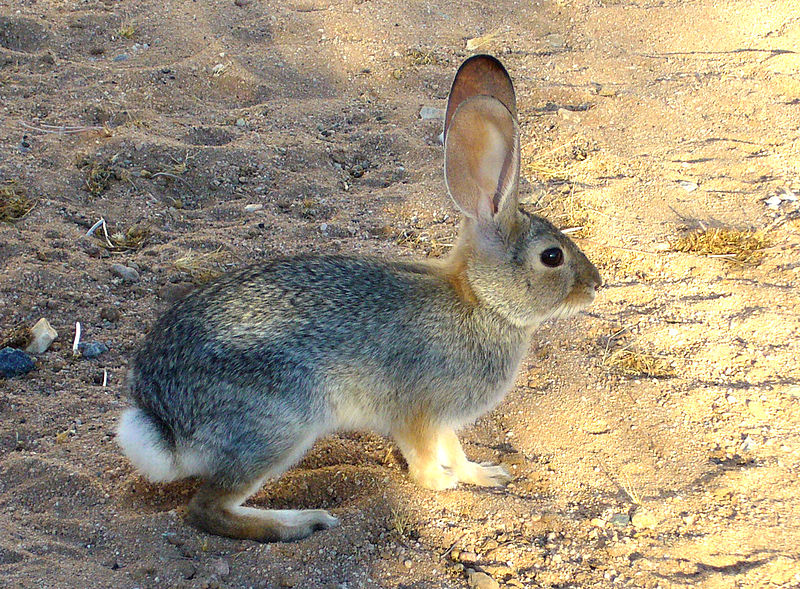 A deadly, antibiotic-resistant species of bacteria, once seen only among hospital patients but now spreading widely outside healthcare settings, has been detected among wild animals with little or no human contact, according to a new study. The findings raise the ominous prospect that people could face the risk of exposure not only from fellow humans but also from animals they encounter on hikes or other outdoor excursions.

MRSA, which stands for methicillin-resistant staphylococcus aureus, can cause deep skin ulcers. In recent years, it has become something of a poster-bacterium for the alarming problem of antibiotic resistance. The Centers for Disease Control has estimated that 18,000 people die annually from MRSA infections, although improved hospital infection control measures in recent years appear to have helped to reduce transmission rates. (A good thing, since a recent study found that drug-resistant infections resulted were significantly more costly to treat than those that respond to antibiotics.)

The presence of MRSA is not the same as an active infection; many humans carry MRSA harmlessly in their noses and elsewhere on their bodies. The painful lesions occur when the pathogen penetrates the skin through a wound or other break. But carriers who never get sick can still transmit MRSA to others susceptible to infection.

Previous studies have found MRSA in pets like dogs, cats and hamsters; livestock like cattle, horses and pigs; and zoo animals. Although most cases of MRSA in animals are presumed to arise from contact with infected humans, some transmission appears to occur in the other direction—for example, from infected farm pigs routinely treated with heavy doses of antibiotics to human caretakers.

However, little or no research has previously been conducted on the presence of MRSA in wildlife populations. For the study in Journal of Wildlife Diseases from the University of Iowa and Iowa State University, the researchers screened 114 wild animals from 37 species, all of whom had been found injured or orphaned and were brought for treatment to an Iowa State veterinary clinic.

Three of the animals—two cottontail rabbits and a migratory shorebird called a lesser yellowlegs—were found to carry MRSA. Because the clinic followed stringent infection control practices, the authors noted, the animals were unlikely to have picked up the pathogen from veterinary personnel or equipment, so where exactly they were exposed to MRSA remains unclear—as do the full implications of the findings.

To date there have been no reports of humans being picking up this so-called “superbug” from non-domesticated animals. But wildlife populations are a frequent source of human infections—witness the recent Yosemite outbreak of hantavirus, which is spread through rats—so there are no particular reasons to believe that such transmission wouldn’t be as potentially serious as any other MRSA infection.

So while the 2.6 percent carriage rate might not seem high, the study nonetheless raises the stakes in the search for new antibiotics. And it suggests once again that pathogens are developing strategies to spread and evade existing drugs far more quickly than scientists can create new ones to contain them.