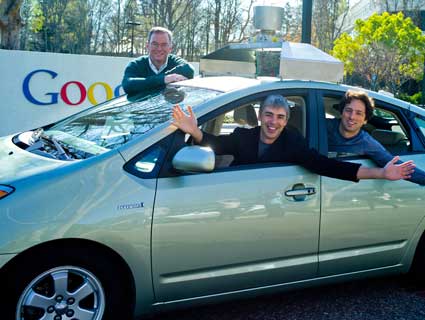 Growing up in California in the late ’60s, Steve Jobs built electronics in his public high school’s well-appointed tech lab. His future business partner, Steve Wozniak, studied electrical engineering at UC Berkeley. In 1978, two years after founding Apple, Jobs and Wozniak landed a major investment from Sequoia Capital, which would become one of Silicon Valley’s leading venture capital firms in large part by investing in ideas dreamed up at California universities.

Given the importance of education to Silicon Valley’s knowledge-based economy, one might expect its business elite to campaign for Proposition 30, a November ballot initiative authored by Gov. Jerry Brown that would prevent devastating cuts to the budgets of public schools and universities, mostly by taxing the wealthy. But instead of bankrolling Prop. 30, investors from Sequoia and dozens of other technology and tech-investment firms have pumped close to $1 million into defeating it.

Prop. 30 and similar efforts in other states reflect a harsh fiscal reality: Elected officials can no longer maintain essential services, including education, by kicking the fiscal can down the road through borrowing. In coming months, state legislatures will have to take one of two difficult paths: slash core services or sustain them with new taxes.

Few states have as much riding on this dilemma as California, which depends on a well-educated workforce yet has underfunded its once-legendary public school system for years. California now spends less per K-12 pupil than all but three other states. Rejecting Prop. 30 would hasten that decline, leading to another $4.8 billion in automatic “trigger cuts” to public schools and more than $1 billion in cuts to higher education.

California is already near the bottom in K-12 spending. If Prop. 30 loses, public schools will lose $4.8 billion more.

“If steps are not taken to develop and harness the brainpower that moves our innovation economy, our region could face a ‘fuel shortage’ that would have ripple effects throughout the economy,” says the website of the Silicon Valley Leadership Group, an association of influential employers such as Hewlett-Packard and Google. Though the group complains bitterly about the “fuel shortage” when pushing the federal government to grant more H1B visas to well-educated foreigners, it has little to say about Prop. 30, upon which, unlike other ballot measures this year, it has declined to take a stand. “I’m not really in a position to be able to break down the reasoning for you,” says spokesman Steve Wright.

One reason may be that Prop. 30 taxes the biggest winners from Silicon Valley’s red-hot tech boom. The measure would create new tax brackets and progressively higher marginal tax rates for incomes exceeding $250,000, $300,000, $500,000, and $1 million—the top rate would jump from 10.3 to 13.3 percent. In a state that taxes capital gains as regular income, that’s a big deal for just about anyone at a tech startup, not to mention the 1,000 or so paper millionaires created by Facebook’s IPO and CEOs such as Apple’s Tim Cook, who received stock options valued at $377 million last year. Valley tech firms have migrated north to San Francisco, which now ranks third behind New York City and Los Angeles for the largest number of people worth $30 million or more.

The VC firm behind Palm, which was founded based on a UC-Berkeley student’s patent,  spent $100,000 against Prop. 30.

“Like in the rest of the country, the highest earners in California have seen their wealth grow exponentially more than people at lower income levels,” says Dan Newman, a spokesman for the Yes-on-30 campaign. “This asks the most wealthy folks who have been extremely fortunate with recent economic trends to pay a small amount more so that all of California’s schools can benefit.”

For months, polls suggested that Brown’s tax-the-rich initiative was ahead, but that was before Charles and Molly Munger got involved. The son and daughter of Warren Buffet’s business partner have spent some $79 million running ads against Prop. 30 and siphoning off its votes with a competing ballot measure that has no chance of passing. Another $11 million in anti-30 money came from an Arizona nonprofit that refuses to disclose its donors. A Field Poll released yesterday shows support for Prop. 30 at 48 percent—high enough to suggest that it could pass if it were to get a bump, say, from prominent execs in Silicon Valley.

But the opposite is happening. In August and September, for example, three executives with Sutter Hill Ventures, a Palo Alto VC fund, gave a combined $100,000 to the No-on-30 campaign. (Through a secretary, they declined to tell me why). Never mind that one of Sutter Hill Ventures’ highest-profile investments, Palm, was launched in part based on a patent filed during the mid-’80s by its founder, Jeffrey Hawkins, while he was enrolled in the biophysics program at UC-Berkeley.

Over at Sequoia Capital, partner William Coughran—one of four Sequoia execs who wrote checks to defeat Prop. 30—lists as his top investment an online security company called FireEye, whose founder and CEO, Ashar Aziz, studied computer science as a scholarship student at UC-Berkeley. Coughran and Sequoia did not respond my requests for comment.

In late September, four executives with Vector Capital, a tech-focused private equity firm in San Francisco, donated a combined $200,000 to the No-on-30 campaign. Vector Chief Operating Officer David Baylor, who wrote a check for $50,000, is a graduate of UC-Berkeley’s Boalt School of Law.

The failure of Prop. 30 could cripple the University of California’s ability to attract talented students—people like Hawkins, Aziz, and Baylor—faculty members say. Since 2000, per-pupil funding in the UC system has fallen by more than half, from about $23,000 to $10,000. If Prop. 30 fails, the system will face $375 million more in budget cuts, which would force it to cut per-pupil spending by another 11 percent. “Many students with the skill and drive to excel would not be able to afford UC,” laments the website of the UC Berkeley Faculty Association. “Some would go elsewhere, others would not go to college at all.”

Foes of Prop. 30 argue Californians should be more concerned about businesses fleeing the state to escape higher taxes. But evidence from past tax increases here and in other states suggests that businesses will pay more in taxes in exchange for better access to educated workers and desirable locales where people want to live.

At least one prominent business association—which counts FourSquare and Microsoft among its membership—has stuck its neck out for Prop. 30. “Many chambers of commerce have taken neutral positions,” Steve Falk, CEO of the San Francisco Chamber of Commerce, told the San Francisco Chronicle. “We don’t think neutral works. Neutral just means you’re really not sure how to act. We need to move forward, and we need Prop. 30 to pass.”