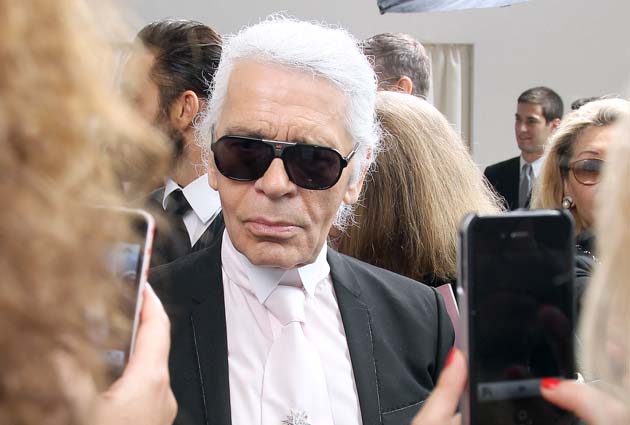 Last week, Friday Night Lights creator and journalist Buzz Bissinger set the internet on fire with a candid, 6,000-word confessional about his out-of-control addiction to high-end shopping published in GQ.

Bissinger’s obsession—forty-one pairs of leather pants? A $22,000 jacket?—is so outlandish that it almost seems like a ruse. Yet there are many more weird stories woven into what we wear, why we wear it, and what happens to it when we clean out the closet.

For more MoJo staffers’ long-form favorites, visit our longreads.com page. Take a look at some of our own reporters’ longreads here and follow @longreads and @motherjones on Twitter for the latest.

A profile of the reclusive Mike Jeffries, the “Willy Wonka of the fashion industry”, whose strange obsession with all-American youth helped build Abercrombie & Fitch:

This fall, on my second day at Abercrombie & Fitch’s 300-acre headquarters in the Ohio woods, Jeffries—sporting torn Abercrombie jeans, a blue Abercrombie muscle polo, and Abercrombie flip-flops—stood behind me in the cafeteria line and said, “You’re looking really A&F today, dude.” (An enormous steel-clad barn with laminated wood accents, the cafeteria feels like an Olympic Village dining hall in the Swiss Alps.) I didn’t have the heart to tell Jeffries that I was actually wearing American Eagle jeans. To Jeffries, the “A&F guy” is the best of what America has to offer: He’s cool, he’s beautiful, he’s funny, he’s masculine, he’s optimistic, and he’s certainly not “cynical” or “moody,” two traits he finds wholly unattractive.

Tavi Gevinson is fourteen years old, dresses like a grandma, and lives in the suburbs of Chicago. Through her fashion blog, she’s also become a front-row-worthy celebrity adored by Karl Lagerfeld and Miuccia Prada:

Lagerfeld placed his fingertips on her hair. She had dyed it ice blue, but it had faded to silver. “I like your hair color,” he said.

“Normally, children—young people—don’t have this hair color,” he continued. “It’s great to have it.”

Hair extensions made of real human hair, which can cost thousands of dollars, are a prized accessory for celebrities including Beyoncé and Tyra Banks. Scott Carney travels to a temple in India, where high-end hair for extensions and wigs is collected from Hindu pilgrims, for a hair cut:

The curly-haired guy, like me, is now bald, with small nicks in his scalp and pink streaks of blood dripping down his back. He meets my eyes and smiles broadly. “Venkateswara will be pleased.” His wife is offering her hair in the other room. Together they will return to their village bearing a symbol of humility and devotion that all will recognize.

American Apparel’s simple, sweatshop-free T-shirts have become a $150 million brand loved by hipsters across the country. How the company’s founder, Dov Charney, sold us a new brand of sex with those leggings:

“I think sex motivates everything,” he says, peering at me from behind his boxy ’70s frames. In fact, he essentially invented girly-cut printable tees after an Argentinean ex-girlfriend told him she couldn’t stand wearing those big, American Hard Rock ones popularized in the ’80s. “It motivates my work, too. You don’t want something that’s sexually driven, like panties, but then have them made in a horrible sweatshop. Like, I know my workers have a good time. They drink beer, they have relationships, they have girlfriends.” Plus, he adds, “It’s fun to make money and pay people well.”

Possibly the best profile ever written of a shirt. George Packer tracks the life of a T-shirt that was donated to a thrift store in New York that (like much donated clothing) eventually makes its way to a street stall in Africa, where it is marketable again:

As soon as I touch it, the shirt flies out of my hand. An old man in an embroidered Muslim cap and djellaba, who is missing his lower front teeth, holds it up for inspection. Tracing with his finger, he puzzles out the words printed in red and black around an academic insignia: ”University Pennsylvania,” he says. He dances away, brandishing the shirt in his fist. Ninety cents is his first offer, but Philip won’t budge from $1.20. Eventually, the old man pays. Yusuf Mama, 71, husband of 4, father of 32, has found what he wants.

I ask him why, of all the shirts in the pile, he has chosen this one. ”It can help me,” he says vaguely. ”I have only one shirt.”

Runway model Andrej Pejic’s looks are the envy of every woman. Only he’s teenage boy:

For even a moderately vain female, spending time with Pejic is like losing a race to someone who’s not even running: If he were not a man, he would be the most beautiful woman I have ever seen in the flesh—which, in his case, is flawless and poreless and has an English-rose luster. His mussed blond locks and the rounded width of his cheekbones bring to mind a young Brigitte Bardot. At 19 years old, he is six-foot-one, thin as the stroke of a paintbrush, and wears a women’s size 11 shoe, which he says is hard to find in couture but is sometimes carried at DSW. He is fey but not flamboyant. His only apparent physical imperfection is a pair of moles that hover gracefully over his lip on the right side of his slightly feline face. They are sometimes, albeit rarely, Photoshopped out.