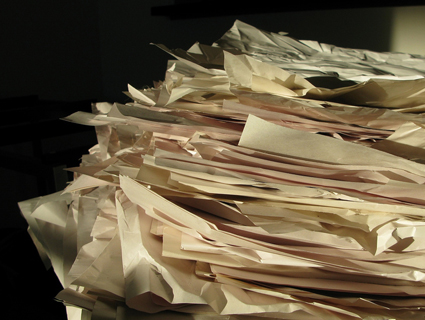 A national climate change plan is nowhere in sight from Congress, and last week the Obama administration pushed back a deadline to crack down on power plant emissions. But despite those—and many other—familiar setbacks, a new report has found that the US is nonetheless inching ahead on climate action.

Yesterday the Climate Policy Initiative released a sweeping overview of climate change policies across the globe. It paints a picture of the US that climate hawks might find distressingly, if familiarly, chaotic: A tangle of federal subsidies, differing state-level clean energy mandates, and a host of natural resources, from wind to coal to natural gas, scrambling for political favor.

“What makes the US unique is that we have no overall climate strategy where all these policies fit,” said David Nelson, a CPI researcher and lead author of the report, which describes the thicket of state and federal climate policies as “messy but useful,” in that it lacks clarity and direction but can, with luck, produce results.

The surprising thing, Nelson said, is that while the US’s approach to dealing with climate change lacks the focus of, say, the EU’s carbon trading market, it must be doing something right: Carbon dioxide emissions have fallen 13 percent in the last seven years, and yesterday the EPA announced that greenhouse gas emissions fell 1.6 percent from 2010 to 2011.

New data released yesterday by the federal Energy Information Administration indicates that CO2 emissions could soon start climbing. But they are projected to rise much more slowly than in recent decades—and to stay below their 2007 peak—because of new policies that encourage increased vehicle efficiency, promote renewable energy, and clear the way for the extraction of more low-emissions natural gas through fracking: 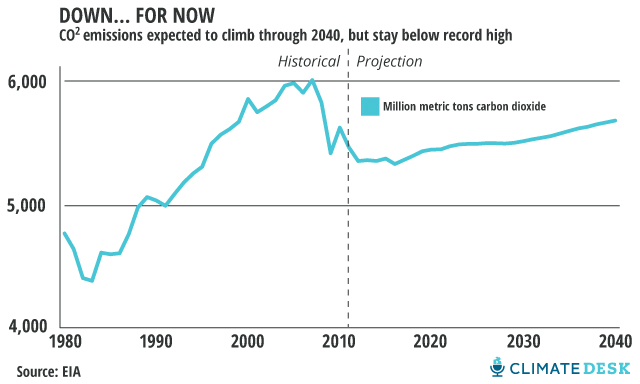 At the same time, state and federal policies boosting energy efficiency will continue to lower energy use, according to the EIA. Energy use is expected to fall off both per capita and, more impressively, per dollar of GDP. That’s a sign that energy efficiency won’t choke economic growth: 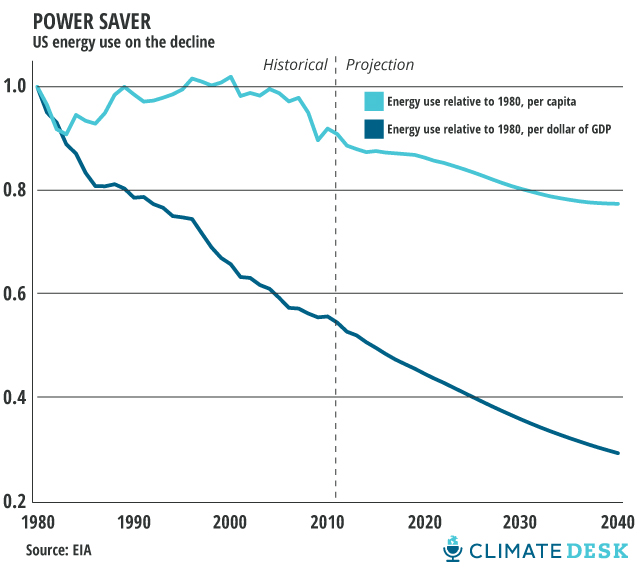 Still, Nelson said, the US could see greater improvements if it adopted a national carbon pricing scheme like the ones recently proposed in Congress, and streamlined coordination between state and federal governments. By way of example, he pointed to a deforestation policy in Brazil (where protecting rainforests is a critical area of climate change mitigation) that stalled because local officials weren’t equipped to enforce it, then sprung into action once the federal government provided adequate resources.

The problem for the US, Nelson said, is that without an overarching plan, the best that can be hoped for is that the country’s swirl of climate-policies happen to compliment each other more than they create contradiction or confusion. For now, he’s said, these projections suggest Americans are lucking out: “All the forces are beginning to line up.”