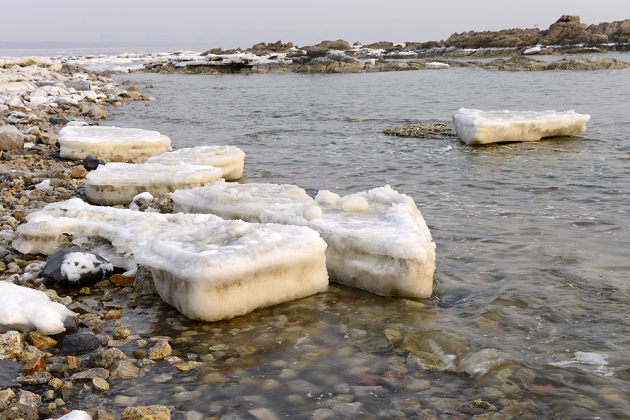 Is the so-called global warming "pause" simply the result of failing to measure the warming Arctic?<a href="http://www.shutterstock.com/pic-129326189/stock-photo-the-sea-ice.html?src=Q9E1CmLr4EzjUybxg-BEAg-1-7">Han maomin</a>/Shutterstock

The so-called global warming “pause”—in essence, the contention that global warming has slowed down or even stopped over the past 15 years—drew dramatic media attention. Arguably, it derailed the entire rollout of the U.N. Intergovernmental Panel on Climate Change’s Fifth Assessment Report back in late September.

All that….and yet a new study in the Quarterly Journal of the Royal Meteorological Society suggests there might not have even been a global warming “pause” at all. Rather, the notion of a “pause” may just be the result of incomplete data: In particular, a lack of weather stations in the remote Arctic region. That gap is problematic because we know that Arctic amplification is occurring and global warming is moving particularly fast there. The dramatic new low in Arctic sea ice extent in the year 2012 put an exclamation point on that finding.

The new paper, by Kevin Cowtan of the University of York in the UK and Robert Way of the University of Ottawa, uses an array of techniques to show that the lack of Arctic coverage probably biases global temperature estimates, and particularly those from the Hadley Center in the UK, in a cool direction. Then the study use two approaches, including one drawing on data from satellites, to try to fill this well known gap in observational temperature data. The upshot is quite dramatic: as RealClimate.org points out, the new temperature trend over the past 15 years falls directly into line with the larger warming trend. The alleged global warming slowdown vanishes.

On the just released episode of the Inquiring Minds podcast (stream above), Penn State climate researcher Michael Mann commented on the new study and its significance. “We’ve known for some time that there’s a potential bias in some estimates of the global average temperature from not including some parts of the Arctic, where the data are sparse, but where we know most of the warming is taking place,” Mann explained. “And if you don’t sample that part of the Arctic, you’re underestimating the rate at which the globe is warming.”

The whole idea of a global warming pause is “really not supported by good science,” concludes Mann.