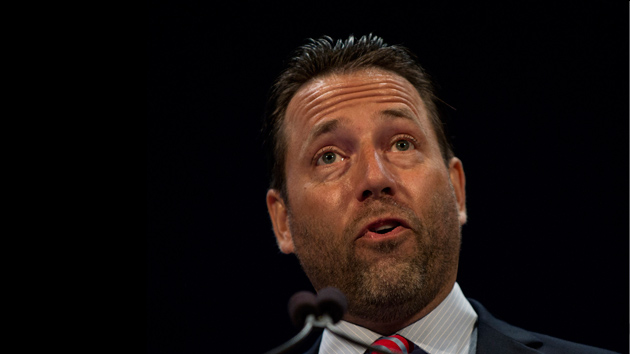 For the last 28 years, Carl Olson of Woodland Hills, California, has had a mission. “It’s not a start-a-war thing, my gosh!,” he says. Olson’s raison d’être: He believes the United States has needlessly ceded eight Arctic islands to Russia, and he wants them back.

Olson thinks he’s finally found a high-profile national ally in Alaska Republican Senate candidate Joe Miller. After speaking with Olson about the issue two years ago, Miller penned an op-ed on the subject for the conservative website WorldNetDaily, a frequent outlet for conspiracy theories about President Barack Obama’s birth.

As Miller put it, “We won the Cold War and should start acting like it.”

Miller was leaving out some key points. As I noted in a July 2012 story on his theory, the United States never made a serious claim to any of the islands. They were all located much closer to the Russian mainland than to Alaska. And most importantly, the Obama administration hadn’t taken any action on the islands—it was honoring a treaty ratified by the Senate and signed into law by President George H.W. Bush 21 years earlier. FactCheck.org weighed in on the theory and declared it lacking.

But after consulting with Olson, Miller doubled down a few days later. While allowing that this was a long-standing issue not unique to Obama, he still chided the administration for letting the Russians off easy. “We are operating under a ‘proposed’ treaty, nothing more,” Miller wrote. “It’s also worth noting that even if we’re wrong on all seven claims, the fact is that Alaska has been frozen out of the process and deserves a seat at the table.”

With Russian troops mobilizing in the Ukraine, Miller has gone silent on the subject of whether the United States should claim the territories for itself—a move that would surely ramp up tensions beyond their current level. His campaign didn’t respond to multiple requests for comment—something that appears to have become a trend for the GOP’s 2010 nominee. He was the only candidate absent from a forum in his hometown of Fairbanks last month. He doesn’t have a campaign website, instead issuing press releases on a news aggregator he launched called “Restore Liberty,” which solicits donations alongside ads for “Arctic Chiropractic and Massage” and “North Pole Family Dentistry.” He has raised just $32,000.

Still, in a heated Republican primary with Lt. Gov. Mead Treadwell and former Alaska attorney general Dan Sullivan*, Miller’s in good shape. He took 20 percent of the vote in the most recent poll of the race, just 10 points behind Treadwell, and has until August to catch up. Miller beat incumbent Sen. Lisa Murkowski in the Republican primary four years ago, but Murkowski launched a write-in campaign and beat Miller in a rematch that November. She has said she’ll campaign for whoever runs against Begich this fall, but, “If Joe Miller wins, I’m not probably going to be working too hard.”

Olson, who thinks the US could claim the islands in a peaceful fashion, hasn’t heard back from Miller since the recent escalation of tensions with Russia. But he thinks the situation shows the urgency of reclaiming the islands. “My goodness!” he says. “The Ukraine’s kind of an okay country. But this is in our own backyard. We lose lots of oil and gas rights and all that sort of stuff by allowing this to proceed.”

And they’re not the only islands Olson wants back under US control. His organization, State Department Watch, runs direct-mail campaigns to raise awareness about dozens of other flyspecks on the map—covering a land-and-water area equivalent to India and Pakistan combined—that he’d like the country to take control of under an obscure law called the Guano Islands Act. For now, though, the last full measure of Manifest Destiny just might have to wait.

Correction: This article originally misidentified US Senate candidate Dan Sullivan as the mayor of Anchorage.