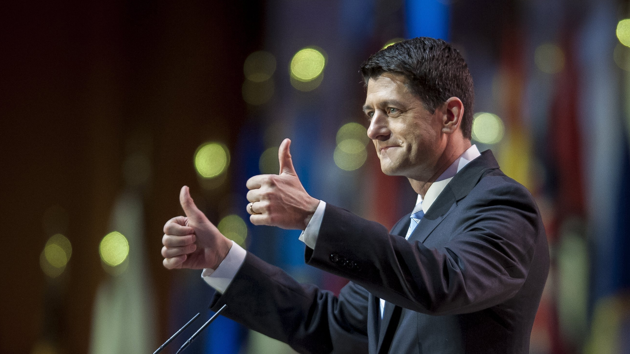 On Wednesday afternoon, anti-safety-net crusader Rep. Paul Ryan (R-Wisc.) met with members of the Congressional Black Caucus in an attempt to make amends after he said on a radio show last month that urban poverty is caused by the lack of a work ethic in inner cities. At the meeting, Ryan admitted he didn’t “know everything about poverty,” and agreed to sit down with CBC members in the coming months to discuss specific solutions proposed by black lawmakers to address the needs of historically disadvantaged communities.

“The sky didn’t open up,” says CBC member Rep. Gwen Moore (D-Wisc.), who was at the meeting. “But there were some productive things that happened.”

In a conversation with conservative talk show host Bill Bennett on March 12, Ryan said, “We have got this tailspin of culture, in our inner cities in particular, of men not working and just generations of men not even thinking about working or learning to value the culture of work, so there is a real culture problem here that has to be dealt with.”

At the time, Rep. Barbara Lee (D-Calif.), a member of the CBC, called Ryan’s remarks “a thinly veiled racial attack.” Ryan denied the comments had anything to do with race. He said he was merely criticizing the fact that inner city men are “isolated” from economic opportunity. This isn’t the first time Ryan has used racial rhetoric when talking about poverty. In a 2005 speech, he associated the “victimization class” with minorities, and in 2012, he said inner-city poverty and crime was a cultural problem.

At the Wednesday gathering, CBC members pounced on that walk-back by pointing out that if Ryan wants to prevent the isolation of inner-city men, his most recent federal budget proposal certainly doesn’t reflect that; it drastically cuts social programs designed to support them. CBC members introduced Ryan to the caucus’ alternative federal budget plan, which would require that 10 percent of all federal agencies’ funds be directed to areas that have had a poverty rate of at least 20 percent for the last 30 years. CBC lawmakers say the plan would do much to improve socio-economic conditions in inner cities and other areas that struggle with persistent poverty.

“[Ryan] said he doesn’t know everything about poverty and how to alleviate it,” Moore says, and so he agreed to sit down with the CBC’s budget writers to discuss the lawmakers’ plan in more detail. (The CBC and Ryan have not yet pinned down a date for the upcoming meeting.)

Moore says that despite Ryan’s offensive remarks a few weeks ago, the face-to-face meeting went over pretty well. “We were very cordial,” she says.