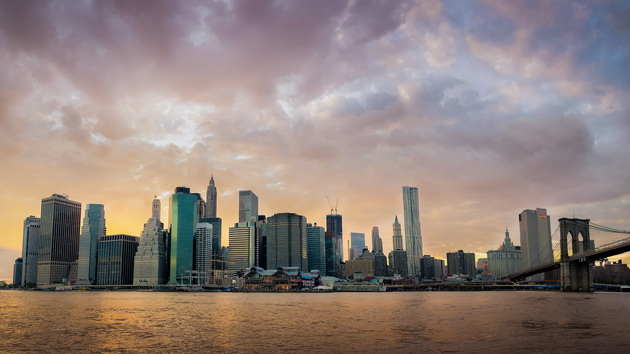 Break out your protest sign materials and take your polar bear costume to the dry cleaner, boys and girls: This coming weekend marks the kickoff of Climate Week NYC 2014, a flurry of meetings and protests about climate action. It all starts with the People’s Climate March in Columbus Circle on Sunday. Organizers are already calling it the biggest climate march in history, with over 100,000 folks expected to turn up.

But the week’s main event is on Tuesday at the United Nations, where Secretary-General Ban Ki-moon will preside over a confab of heads of state (including President Obama), diplomats, CEOs, and policy wonks who will all be talking about how to prevent global warming from reaching catastrophic levels.

The UN conference is meant as a preparation for the major international climate negotiations scheduled for next winter in Paris, a summit that is theoretically intended to produce an aggressive carbon-cutting treaty to replace the Kyoto Protocol. In other words, in classic UN fashion, it’s a meeting about a meeting, or as Mashable‘s Andrew Freedman more eloquently put it, “the cocktail party ahead of a formal dinner.” So it’s probably safe to assume that next week we’ll be served appetizers and amuse-bouches rather than a substantive meal, climate action-wise.

Still, New York is a city on the front lines of climate change: Just yesterday the last subway line damaged two years ago by Hurricane Sandy finally came back online. So the excitement is building. Here are a few things to look for:

National commitments: With a recalcitrant Congress unlikely to agree to any climate legislation, we can expect to hear more next week about what steps Obama is willing to take on his own to combat global warming. Last month the New York Times reported that his climate team will push for the Paris agreement to come packaged as an “accord,” rather than a formal “treaty,” so that it won’t require congressional approval. We could hear more details about that plan, as well as other federal climate initiatives like one announced today to cut emissions of hydroflourocarbons (HFCs), a potent greenhouse gas.

We’ll also hear signals from other big carbon polluters—China and India in particular, although neither of those countries is sending its head of state—about (a) how much they’re willing to slash their emissions and (b) how much they could pony up for the United Nations’ Green Climate Fund, which provides support for clean-energy and climate readiness projects in developing countries. Again, the purpose of this summit isn’t to sign on the dotted line for these things, but for governments to put their cards on the table so everyone will know what to expect in Paris.

“These are decisions that require the top level of government to make,” said Jake Schmidt, international program director for the Natural Resources Defense Council. “This is a chance for them to put their mark on the issue.”

With more than 100 world leaders in attendance, this will be the most high-profile gathering on climate change since the disappointing 2009 UN conference in Copenhagen, with many of those leaders taking the international stage on climate for the first time. But with Paris still over a year away, there’s plenty of time for governments to walk back anything they might say next week, cautioned Schmidt. So take it all with a big grain of salt.

Paying for carbon: Most environmental economists agree that making companies pay for their carbon emissions—via a direct tax or a cap-and-trade market—is probably the most efficient way to curb climate change. And while a national carbon price in the United States is still a nonstarter in Congress, other countries are taking action: This month China announced details of a plan to establish what would be the world’s largest carbon market by 2016. Chile could soon become the first South American country to impose a carbon tax; a similar plan is in the works in South Africa. All in all, 40 countries representing over a fifth of total global greenhouse gas emissions have pledged to some kind of carbon pricing mechanism, according to Rachel Kyte, climate change envoy for the World Bank. At the summit, expect to see more countries announce new carbon pricing plans or add detail to existing ones.

“These are decisions that require the top level of government to make.”

You can also expect to see more US companies commit to paying for carbon, even though they aren’t required to by law. According to a report this week from the Carbon Disclosure Project, 29 major public US companies—including ExxonMobil, Dow Chemical, and Goldman Sachs—now incorporate a ghost carbon price into their internal financial planning. This means that they charge themselves for their carbon pollution and calculate their bottom line accordingly, to prepare for anticipated government policies. It’s a sign that many top business leaders now recognize strong federal climate action in the United States—like Obama’s flagship plan to limit carbon emissions from power plants—as an inevitability, not a pipe dream.

We’ll also hear from CEOs about their investments in renewable energy and other climate solutions, like the General Mills commitment last month to reduce greenhouse gas emissions in its supply chain. Will there be greenwashing? Bucketloads, I’m sure. But getting big companies on the climate bandwagon is an essential step in instigating better government policy. And it’s important not to discount the huge capacity of the private sector to pump cash into projects beyond the reach of governments.

Over the next 15 years, $90 trillion will be invested in urban infrastructure, energy systems, and agriculture, according to a report released today by the Global Commission on the Economy and Climate, a UN-backed group chaired by former Mexican President Felipe Calderón. There’s a huge opportunity, the report finds, to direct that money to low-carbon growth, if governments can send the right market signals (a carbon price, for example) to the private sector.

“The public sector cannot solve the climate challenge alone,” Kyte said. “We need innovators who can bring the low-carbon economy to scale.”

Mayors and cities: Besides national governments and corporations, the other major group in the spotlight will be mayors. Cities account for around 70 percent of energy-related greenhouse gas emissions, according to the GCEC report, and their governments tend to be more nimble than national ones. Increasingly, local policies are filling gaps left by federal policies—for example, the recent move by the city council of Eugene, Oregon, to mandate tough energy efficiency standards in both the public and private sector.

“Cities are where much of the action on climate is already taking place,” said Manish Bapna, executive vice president of the World Resources Institute. “The economic case for taking action in cities is particularly strong; it’s some of the lowest-hanging fruit.”

Leading the charge is former NYC Mayor Michael Bloomberg, who was appointed a UN special envoy for cities and climate change early this year. Bapna said the mayors in attendance are expected to release a standard protocol for measuring and reporting greenhouse gas emissions from cities; some will also likely announce new policies to reduce those emissions.

Stay tuned for more Climate Desk coverage of the march, the summit, and other Climate Week events.